Kay DiBianca is a former software developer and IT manager who retired to a life of mystery. She’s the award-winning author of two cozy mysteries, The Watch on the Fencepost and Dead Man’s Watch. Connect with Kay on her website at https://kaydibianca.com. 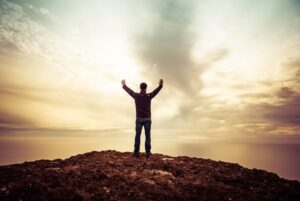 Several weeks ago, James Scott Bell posted a question about gratitude. There were a lot of responses to his query, proving writers are a grateful bunch. As we begin this week on final approach to Thanksgiving, I thought I’d take a deep dive into the meaning of the word gratitude to see if there’s been any research into its effects.

Wow. I found a lot. It turns out scientists are discovering a wealth of benefits that come from just being grateful. Remember how Mom used to say, “Count your blessings?” In an article entitled “How Gratitude Changes You and Your Brain,” researchers Joshua Brown and Joel Wong state, “many studies over the past decade have found that people who consciously count their blessings tend to be happier and less depressed.” They noted the positive effects of gratitude are felt even if you don’t share it. (It’s nice to see science is catching up with Mom.)

Brown and Wong also performed functional MRIs on some of their subjects’ brains and found those people who were more grateful experienced greater activation in the medial prefrontal cortex of the brain, an area associated with learning and decision making.

Dr. Robert Emmons from the University of California, Davis, is a leading expert on the science of gratitude. In his article “Why Gratitude is Good,” he lists a wealth of benefits experienced by people who regularly practice giving thanks. Some of these are

Now, I’m not advocating that we pretend to be grateful just so we’ll receive the benefits of better mental and physical health. But it’s clear that by sincerely affirming the good things we’ve received, we will enjoy happier and healthier lives. And we may make somebody else’s life a little better along the way.

Since we’re writers, let’s return to the question Jim asked several weeks ago, but with a narrower focus.

I am certainly grateful for all the contributors and commenters on TKZ. Happy Thanksgiving! Wishing you all a safe and healthy holiday. 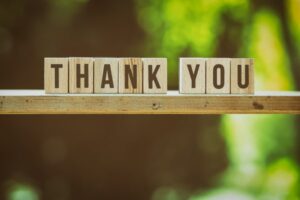 Nancy Drew meets Tom Sawyer in this fun and chaotic romp through the third book in the Watch cozy mystery series.

With Time All Things Are Revealed 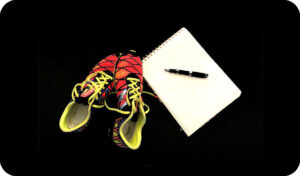 Chariots of Fire is one of my favorite movies. If you’ve seen it, you know it’s a great film about running. It’s well-constructed, beautifully rendered, and thought-provoking, and I occasionally watch it when I’m on the treadmill as an inspiration to keep huffing and puffing.

The film tells the mostly true story of two very different men, both exceptional runners, who are training to compete in the 1924 Olympics.

Harold Abrahams is a brash and confident law student at Cambridge University who boasts that he’s never lost a foot race. He follows it up by winning the College Dash, a race against the clock that had never been accomplished in the 700 years of its history.

Eric Liddell is the modest and devout son of a Scottish missionary who has determined his own future will be in the mission field. But Eric is also a remarkably gifted runner, and he wants to try his hand (and legs) at the Olympic track events before he returns to China.

The two men are headed toward an inevitable showdown, and their individual efforts comprise much of the film’s early scenes.

But the movie is about more than running and winning. That’s the obvious theme, the WHAT of the story. As the plot moves forward, a more subtle sub-theme emerges. The essence of the movie is the WHY.

Why were these men willing to spend so many lonely hours in the painful pursuit of a minute or two of glory that may not even happen?  A lot of people lust after a moment in the spotlight, but few are willing to put in the kind of grueling work these two did. There must be something deeper.

Perhaps the reason was revealed in a dinner conversation between Harold and Sybil Gordon, a talented singer/actress who eventually became his wife.

On their first date, she asks him, “Why running?”

He responds, “Why singing?”

“It’s my job,” she replies, but then immediately pauses and reflects. “No, that’s silly. I do it because I love it.”

Several scenes later, Eric has a conversation with his sister who is urging him to give up running to return to the mission field. Trying to make her understand his desire to compete in the Olympics, Eric says, “I believe that God made me for a purpose, for China. But He also made me fast. And when I run, I feel His pleasure.”

Running and writing have a lot in common. To be serious in either field requires discipline, hard work, and perseverance. The runner paces himself/herself through long distances one step at a time just as the writer progresses word-by-word through his or her story. Along the way, one must develop the ability to deal with frustration, injury (running) or rejection (writing). These attributes are not for the faint of heart.

Now there’s no doubt the benefits in both areas are profound. Runners and writers enjoy time alone to explore their thought-worlds. Runners experience improved health, a sense of well-being, and even a boost to creativity. Writers often find a deeper meaning in their own existence when they offer the gift of their creative talent to the world. They might even make some money.

But is there something more? Like the runners in Chariots of Fire, serious writers seem to have a devotion to their chosen activity that transcends worldly reward. Perhaps it’s natural talent that draws them in, but there must be something deeper to hold them. Is it the challenge? The possibility of riches? The lure of fame? Is it the desire to create, to give a gift of oneself to a troubled world? Or is it simply the love of the craft?

The TKZ community is made up of writers who run the gamut from the relatively new like me to best-selling authors and authorities in the field. So there must be a variety of opinions on why each of us writes. I’d like to know. Why do you write? 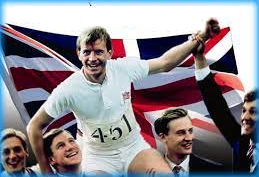 “Where does the power come from, to see the race to its end? From within.” — Ian Charlson in the role of Eric Liddell in Chariots of Fire.

Saving One Life Is Like Saving the Whole World

Kathryn and Cece find themselves in another tangled web searching for a killer in order to save the life of a friend. Could the dead man’s watch hold the key to the mystery?