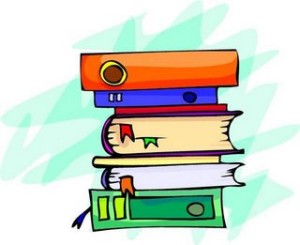 By Kathryn Lilley
So last week I ran a (very unscientific) poll about book-buying habits, and here are the results:

Poll #1: When you purchased a book recently, what was the MOST important criteria for you?

More than 50% of the voters said they’d most recently purchased a book by an author they’d previously read, and liked.

“Tried and true” seems to be the guideline for people buying hardcover books. They don’t want to spend $26 dollars on someone they’ve never read before, and who can blame them?

This result would suggest good news for established writers, not so good for debut authors. In the comments, however, people indicated that they sampled new authors from libraries and second-hand vendors, opening the door to future sales of books by those writers.

A majority of people (30%) purchased their last book from Amazon. Not a promising result for bricks-and-mortar bookstores, or for authors’ or publishers’ profit margins.

I’m going to leave the polls up there, add new ones, and report back from time to time with updated results. I’m undertaking this polling because I’m frustrated by the dearth of hard data about consumers’ book buying habits. (And if that data exists, someone please point me to it!) I’m tired of the standard answer of “nobody knows anything.”

Debut authors can’t count on robust hard cover sales. If a publisher wants to get a debut author’s career rolling, I suggest they include free e-books of debut authors with books by similar, established bestselling authors, to get the reading public familiar with the new writer. After a limited free e-book distribution, the publisher can charge for the next book and future versions of the debut novel. This approach would mean that publishers would have to look for writers to support over the long haul, not just a one-book wonder.

Don’t feel too envious of “established” writers, though. If you think that life is easy once you hit the NYT list, check out this post by bestselling author Lynn Viehl. She actually posts her royalty statements and gives a good insight into the tough career that is known as authordom. It’s an exhausting climb, even for those standing (at least momentarily) on the peak.

My other conclusion of the week is that Amazon is eating everyone’s lunch.

But then, we all already knew that. Didn’t we? 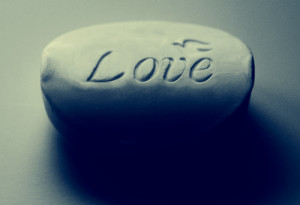 By Kathryn Lilley
Publishers could learn a lot about market research by studying soap makers.

Consumer brand-makers have long studied every nuance of

customers‘ shopping habits; they understand what makes a shopper reach for a particular product–why they reach for Dove soap, for example, as opposed to a nearly identical brand. Size, shelf placement, branding, color combinations, labels, price points–it’s all been studied, calibrated, and expertly wielded to part you from your money the next time you’re in the grocery store.

But in the publishing world, consumer marketing research seems to be woefully lacking. What makes a book-shopper shell out $25 for a hardcover book by an unknown author? Does anyone really know? Damned if most people in the publishing business seem to.

Authors don’t know, either. We’re always told, “Just write a good book, and readers will come.” I have visions of writers building ball parks in Iowa corn fields, waiting for Shoeless Joe to arrive for a book signing. 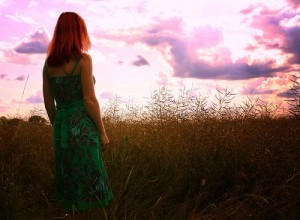 I’ve decided to run an unscientific poll to learn exactly why people bought their most recently purchased book. Is the conventional “superstar” theory correct, and did you buy a book by a major author? Or did you hear about a book or author from a review? From a blog? Did you wander the shelves and get drawn like a moth to a compelling cover and jacket copy? Or were a couple of factors involved?

Visit my poll, vote, and let me know how you made the decision to purchase your most recent book. Let me know how the poll can be refined or tweaked, and if there are any other polls you think would be worthwhile.

I’d also be interested to hear if anyone is aware of any hard core data about reader buying habits. Right now I get the sense that writers and publishers are simply wandering the corn fields. And we’re going to be stuck out there for a long, long time.