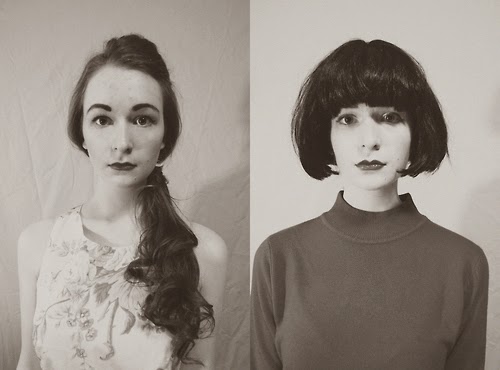 We have had a bit of excitement at casa de Hartlaub since my last post. The seed of that excitement was planted several years ago — more on that in a bit — and sprouted in March of this year. Annalisa, my sixteen year old daughter, attends The Ohio State University and during the winter-spring semester took an Intro to Photography class as a bit of a respite from her biology lectures, lab courses, and her work on a pediatric oncology research team. The photography class, taught by the informative and entertaining Shane McGeehan with lectures by Aspen Mays, required the submission of a number of projects. Annalisa fulfilled one of them by photographing a series of portraits of herself representing mainstream and counterculture fashions for each of the past ten decades. She turned the project in, earned an ‘A,’ and posted the project to her Flickr account at the beginning of April.
Strange things began to happen within a couple of weeks. Annalisa’s hit numbers, after growing steadily but modestly at first, inexplicably and suddenly began to jump exponentially, day by day, from 10,000 to 20,000 to 60,000 and so on. Will Wheaton of Star Trek: The Next Generation, re-blogged her page, which was a particular thrill for Annalisa, given that she had a crush on him in those heady days when she was four years old. Hank Green, who is a major YouTube player contributor, did as well. This was exciting enough; the tipping point, however, occurred on April 2, when Annalisa got an email from Sara Roncero-Menendez of The Huffington Post, asking for permission to use the portraits in an article about Annalisa and the project. The answer of course was yes. And we waited.
We had no idea what would happen next. The articleappeared on April 29. The story was picked up by Buzzfeed, Independent Journal Review, Yahoo!, and then by news sites based in Vietnam, Italy, Mumbai, France, and England, among others. A young man in Turkey put together a music video featuring the portraits and a Pentatonix track. And it’s still expanding, even as I sit here typing. This, it has been explained to me, is what as “going viral.” It was never Annalisa’s intent to do so; she just wanted to create the best project she could, and then share it with her friends. Indeed.
So what does all of this have to do with you? Ah. The short version is “(M)y daughter did a class photography project and it went viral.” Here is the long version, tacked onto the beginning of what I have set forth above: Annalisa conceived of the project; spent hours turning her room into a portrait studio; spent days looking at old photographs; experimented with makeup, lighting, and shading; and took hundreds of shots before she got the ones she wanted. What everyone is seeing is but the tail end — and the relatively short end — of all of that work. That’s true of any work of art, be it your favorite book of the week, the new Parquet Courts CD, or TrueDetective; you’re getting the end result, not the weeks and months and yeah, in some cases years of work and failure and self-doubt that comprised the gestation period which ultimately resulted in the finished masterpiece being pushed out into the marketplace. You can read all of James Bell’s columns that you want, and follow that advice to the letter, but —and Jim would be the first to tell you this — you’re not going to squeeze out your masterpiece, best- selling or otherwise, viral or otherwise, in an hour or a few days or even a few weeks. You’re going to write and erase and edit and write some more and lay awake and forget about the butler (as Raymond Chandler so famously did) and erase it all and start all over until, as Will Wheaton’s boss was so fond of saying, you “make it so.”
The title of this piece notwithstanding, overnight success doesn’t happen overnight. It’s the end result of many nights, and days, and weeks of work. For Annalisa, it probably started when she was three years old, and for whatever reason during dinner began taking pictures of her food after each bite, as her parents watched with amusement and dinnertimes extended for two hours. It was worth every minute then, and still is. 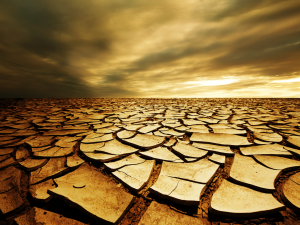 A few years ago I met a gentleman in New Orleans who had never heard of Stephen King. He was thirty-three years old at the time, a musician for whom a classical education even at the elementary level had never been a priority but who nevertheless was still knowledgeable of pop culture. Still, he was unfamiliar with King and Carrie, The Stand, The Shining, and the other King books which had been adapted for film. He didn’t have a book in his house; neither, as it happened, did his mother, or the five of his eight siblings whose homes I visited.
Stephen King, I think I can safely say, is a household name, so people such as my acquaintance who have never heard of him are probably the exception rather than the rule. That no-book thing, however…that bothers me. I know people who watch Castle, which begins its sixth season next month, who haven’t read a mystery novel in decades, if ever. Dexter? Longmire? I still find people who have no idea that these popular dramas are based on novels. Justified slyly winked at Raylan Givens’ literary origins a couple of years ago but I doubt it increased sales of Raylan, which was published on season premiere night.
James Bell’s question from last week regarding the future of publishing was an interesting one which evoked a number of interesting responses. Almost all of them, however, implicitly made an assumption that I don’t think we can make anymore, in this era of entertainment everywhere: we’re each and all of us assuming that there will still be readers. Do you walk into homes without books in evidence? When you’re out somewhere and see people reading, how many do you not see reading? How many times in the past month have you been talking to someone about the last book you’ve read and heard them say, “Gee, I haven’t read a book in years. I just don’t have the time”?
I’m not attempting to be an alarmist here, or a Chicken Little. What I think I’m seeing, however, is a situation where the problem isn’t that we’re drowning in books; it’s that we’re parched for readers, and we’re fighting a battle of attrition. There are plenty of books out there worth reading. For every book I read there is at least one, often more, that I don’t get to and that winds up on my “someday” list. That’s not the problem, as I see it. The difficulty is that for everyone one of me, and you, there are, it seems, five or six who just don’t care. They’d rather watch reality television or something like that.
Am I wrong here? Or am I pointing out the 800 pound gorilla in the room that we’re all trying to studiously ignore?