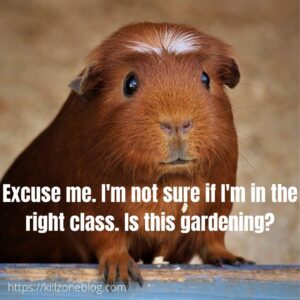 Lately, I’ve been consumed with creating a series bible for my Grafton County Series. So, I thought I’d share some tips to help you avoid making the same mistakes. Mistakes like thinking highlighted notes on my Kindle were enough to jog the ol’ memory bank. Mistakes like scribbling notes on scrap paper or a whiteboard. Mistakes like tabbing umpteen pages in the previous paperbacks.

Yep. I’ve done all of the above and more. Hence why I’ve had to reread every book in the series. It’s been months since I’ve written in the Grafton County Series. When I set out to plan my WIP, I’d forgotten a lot of details. In my defense, I did write a true crime book, another Mayhem Series thriller, and new true crime proposal in between.

Though it’s fun to spend time with my characters, it’s also a ton of added work, work that could’ve been avoided if I had a series bible in place. Don’t be like me. Even if you’re writing book one, start your series bible now.

We first need to decide on a format for our series bible. Some writers use Scrivener. Others prefer Evernote or a Word.doc. The most popular choice is to print the series bible and organize in a three-ring binder. Pick the format that works best for you.

Choose one color for each book in the series. Every detail you list in the series bible should correspond to the book’s color.

By color-coding, if you need a detail from the series bible while writing, one glance will tell you when the fact occurred.

Most of the above list is self-explanatory, but I do want to point out a few things.

An important part of the series bible is character description. Savvy readers will notice if your MC has a small ankle tattoo from her college days in book one, then claims s/he’d never be stupid enough to get one in book five or six.

In this section be sure to include the basics: hair & eye color, height & weight (approximate, if you’ve never detailed this attribute), style of dress, skin tone/complexion, tattoos & piercings (if applicable), favorite perfume/cologne, injuries and physical scars.

When I listed Sage’s injuries/physical scars, I couldn’t believe what I’d done to this poor woman. Here’s a small sample from my story bible.

And that’s only the first two books!

Since I write psychological thrillers, it’s vitally important for me to track each character’s emotional toll. Past experiences define and shape our characters into the people they are today. An emotional sketch of each character allows us to find triggers and/or weaknesses to exploit in future books. *evil grin*

Incidentally, I do the same for pets. For example, Sage and Niko have two dogs, Colt and Ruger. These dogs have lived through harrowing experiences, and they’ve developed certain habits that stem from those experiences. Animals feel things as deeply as we do. If the pets emerge unscathed, the characterization won’t ring true.

Tiny details matter. For example: When Sage gets nervous, she plays with a Gemini pendant, sliding it back and forth across the necklace. Now, the pendant is turquoise and silver, but for some reason, I wrote “gold” chain in book one. Because this necklace holds sentimental value, Sage would never switch the pendant to a different chain. This minor detail has never been a problem for me. Rarely, if ever, do I mention the color of the chain. Too much description slows the pace.

But what if I decide to kill her some day? Or fake her death? That necklace could become a key piece of evidence. See what I’m sayin’? Even if we never intend to use the minor detail when we list it, we still should include it in the series bible in case we change our mind.

The nose knows! In my Grafton County Series, the medical examiner practically bathes in Aramis cologne. Anyone within fifteen feet knows he’s entered the crime scene before they ever spot him. It’s become a running joke. I could never forget that detail, but I still include it in the series bible under his name just in case.

What did slip my mind was Sage’s perfume. This might not sound like a big deal, but for this series, it’s an important detail. During tender moments, Sage’s husband Niko breathes her in. The soft aroma of Shalimar mushrooms across his face, with notes of lemon, iris, jasmine, rose, patchouli, sandalwood, and vanilla. He loves that about her. If I didn’t include this detail in the series bible, future books wouldn’t ring true.

Side tip: If you’re struggling for a scent, ask your husband/wife or significant other. We all have a scent that’s uniquely ours. Maybe they love your shampoo, skin cream, body wash, after-shave, or scented deodorant. Once you find the answer, transfer that scent to your lead or secondary character. Or show your character cooking, baking, or eating. Food is an easy way to include one of the most under-appreciated senses in fiction: smell. If the character is eating, be sure to include taste, too. Bonus!

Does your character have a favorite chair? List it in the series bible.

Does your character hate the hard sofa? Jot down why in the series bible.

Did you focus in on an antique timepiece or cuckoo clock in a past book? Describe it in the series bible.

What about a wall safe or gun cabinet? Be sure to include the combination in the series bible.

Example: After a hard day at work, Niko collapses in his Lay-Z-Boy. I’ve never described the recliner in detail. Never had a reason to. Instead, I simply wrote “Lay-Z-Boy” under Niko’s name in the series bible.

He also has a favorite coffee mug, with #1 Dad inscribed on a gold shield. If Sage poured his coffee into a different mug, fans of the series would wonder where it went.

What if Sage came home to find Niko’s mug shattered on the kitchen floor? Better yet, what if she found it on the bedroom floor? I’ve made it a point to mention this mug in every book. It’s a Grafton County series staple. One glimpse of the shattered mug, and Sage would leap to the conclusion that someone’s been in the house. In reality Colt or Ruger might have knocked it off the counter or bureau. How it wound up on the floor isn’t important (yet). What is important is that I’ve created conflict just by showing the shattered mug.

A funny thing happens while creating a story bible. Scene ideas flood the creative mind. While working on my series bible, not only have I finished planning my next Grafton County Series thriller, but I gained at least one new premise for a future book, as well. I even stormed through writing the first few chapters of my WIP. And that may be the best reason of all to create a series bible—to get the creative juices pumping in the right direction.

Can’t think of a plot for your next WIP? Review the story bible. It’s a lot easier than re-reading the entire series. Trust me on that. 🙂 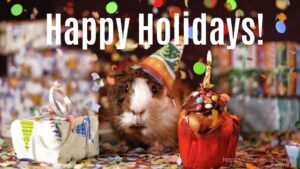 Need tips for writing a series? Check out the group TKZ post.

Do you use a series bible? If you do, any tips to share? If not, what’s your process to ensure consistency throughout the series? 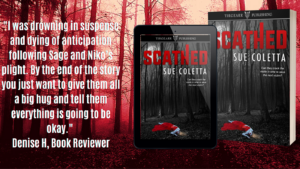 His name is Paradox and he poses his victims in RED cocktail dresses, RED roses in place of eyes. He will kill again if his riddles aren’t solved within 24 hours.

Can Niko and Sage stop him before the clock runs out?

How do you drop hints for a sequel into your current story, not only to let readers know more books are coming but also to whet their appetite for the next installment?

You can (1) title your book as part of a series, (2) include an excerpt for the next book after the last chapter, (3) plant clues foreshadowing another problem to come, or (4) drop an overt hint toward the end of your story.

Number four is what I did in Hanging By A Hair, book #11 in my Bad Hair Day mysteries due out on April 18th. At the end of this story, I drop a hint that leads directly to the sequel, Peril by Ponytail. The mystery in Hanging By A Hair is solved, so readers go away satisfied, and the main character learns a lesson. But anticipation is half the fun, and I’m hoping fans will be eager for the next installment. I did the same thing in Killer Knots when Marla announces she and Dalton have set a date for their wedding. That leads into Shear Murder, the wedding story and #10 in my series. 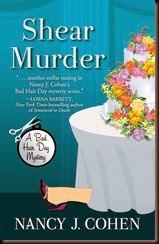 But what if you haven’t plotted the sequel, written the first chapter for it, or even planned on one? And then suddenly readers are demanding the next book. What do you do?

Hopefully, you can still make additions in your current WIP. So here are some tips on how to drop in some subtle hints of what’s to come:

Now go back to the WIP and look for places where you can drop in hints of what’s to come.

In the Drift Lords series, a sweeping battle between good and evil is heralded. What happens after this battle when my heroes triumph? Is the series over? Not necessarily, because you all know that after one bad guy goes down, a worse one pops up to threaten humanity.

Spoiler Alert! I created an unusual situation by writing my first three books in chronological order because the story comes to its rightful conclusion in this trilogy. The next three books, as I’ve planned it, will take place in the same time period as books 2 and 3. I know it’s confusing, but bear with me. What will make this next set of books special, if fans know our main villains get vanquished in book 3? It appears our Drift Lords are not finished just because they’ve prevented disaster. A worse villain awaits them around the corner. 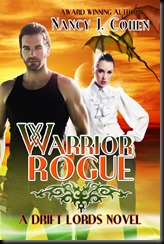 I created a new story arc for books 4 through 6. Look at Star Wars. George Lucas made a wildly popular trilogy. Then he did another 3 movies, calling them prequels. Now the series will continue with a new story line into the future.

I drop hints in Warrior Lord (Drift Lords book #3) for the next trilogy in my series. I see them as sets of three with the potential for a total of seven or more. And like Terry Goodkind’s excellent Sword of Truth series, just because one nasty bad guy is defeated doesn’t mean there aren’t more waiting in the wings. Is evil ever truly vanquished? 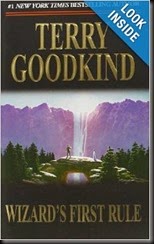 Do you like hints of what’s to come in stories subsequent to what you are currently reading? I’m not talking cliffhanger endings here. I hate it when the main story isn’t finished, and you have to wait for the sequel. But personal issues can continue in the next installment, or new problems might arise that cause trouble. One has to be careful not to frustrate the reader by leaving too many threads loose, but it’s good storytelling to offer a teaser about what may be in store. Just make sure you bring the current story to a satisfying conclusion.

NOTE: This post originally appeared on my personal blog at http://nancyjcohen.wordpress.com