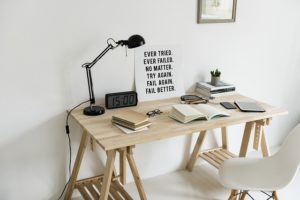 Before the holidays, one of our beloved TKZers requested a blog post that offered helpful tips in series writing.

Rather than sharing only my views, I thought it’d be cool to gather advice from all TKZ members. That way, we’d be sure to cover the subject in more depth.

Crais often plants seeds that he later cultivates in later books. It takes organization & discipline to create these mysteries and track the seeds to save for later.

If your planned series isn’t limited to a certain number of stories (ie Hunger Games – 3 novels) where the overall story arc will be defined, an author might consider writing series novels that read as standalones with a tantalizing foreshadowing of the next story to hook readers. Creating an intriguing mystery to come will pique reader’s interest, rather than frustrate them with a huge cliffhanger they may have to wait a year to read.

See these tips in action in Jordan’s Mercer’s War Series.

Sue, I love Jordan’s suggestions, particularly #2, about the works being standalones with a foreshadowing of what is to come. Who among us read Stephen King’s Dark Tower trilogy and got to the end of The Dark Tower III; The Waste Land to find the cast aboard a sentient, suicidal choo-choo heading toward oblivion? That was all well and good until we all had to wait six friggin’ years to find out what happened next in Wizards and Glass.

The best series do a good job of relationship-building, along with world-building.

See these tips in action in The Stranger Inside.

I went wild in my first novel “Backstab” in my Francesca Vierling series, and killed off a secondary character I could have used in other books — Lee the Rehabber. I had versions of Lee, but they were pale imitations.

From me: Rather than repeat previous tips, I focused on subplots and character development.

In Book 3, Silent Mayhem, this secret explodes Shawnee’s life. It also became the catalyst for more secrets, a conspiracy, and an underlying mystery that ran parallel to the main plot. If someone read the books out of order, it was imperative that I let the cold reader know why and how this scenario was taking place without dumping the information in one chunk. Instead, we need to either sprinkle the (now) backstory in over time (a slow build toward the explosion) or use dialogue between two characters. I chose the latter, in the form of a confrontation.

Example from my own book:

Louis shows up at church in Michigan ready to start new job on homicide task force. Introduce his boss, Mark Steele. Set up personality conflict between men and Louis’s fear, he has made Faustian bargain.

First meeting of task force. They get assigned cold cases as tests. Louis picks “boys in the box” case.

Amazing advice, right? I don’t know about you, but I’m bookmarking this puppy. A huge thank you to my fellow TKZ members!

If you haven’t branched into series writing, are you considering it?

Do you prefer to read a series or standalones? Readers, please share your views!

28 thoughts on “TKZ Members Weigh In on Series Writing”