A recent exchange with the hubster went something like this.

Him: What’d you do today? 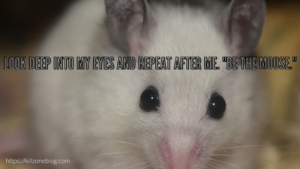 But it’s not as simple as that, is it? Persistence can be grueling at times.

If someone told me ten years ago that in 2021 I would stumble across a true story that’s so meaningful and important it might forever change my writing trajectory, my first reaction would’ve been: Ten years is a lifetime away.

When I wrote my first novel—longhand, by candlelight—the Big Dream was all I could think about. I remember searching for other writers’ interpretation of success and how long it took them to “make it” in this business. Most said a new writer won’t make any money until they’ve written five novels. If they’re lucky, they’ll sell a few hundred copies of their debut. That’s the last thing an aspiring writer wants to hear.

The aspiring writer thinks: If you build it, they will come.

Which isn’t necessarily a bad mindset if it drives the writer to the keyboard. I’m a dreamer. Always have been, always will be. As long as we offset the dream with a dose of reality, I say dream big, dream often, dream without limits.

Now, with a backlist of 17 titles and 5+ trunk novels, I look back on that early advice and it means something completely different.

Writing five novels isn’t only about building an audience. It means the writer has honed their craft. They’ve let their passion lead them on a journey of self-discovery (Think: Who are you as a writer?). It means the writer never gave up. Or quit. S/he continued for love, not money. S/he kept her head down, fingers on the keyboard, butt in chair, and created, edited, rewrote passages, scenes, or whole chapters, and finished five manuscripts.

S/he learned the business side of writing—found an agent, publisher, or learned the ins and outs of self-publishing. Lastly, it means s/he learned how to market a product, build a brand and an audience. S/he persisted, even though the odds seemed insurmountable. S/he leaped out of the nest and learned to fly.

Sometimes this biz can be disheartening, other times it’s super exciting. The ups and downs are all part of this amazing journey. The minute we stop trying to achieve future goals, we’ve already lost. Aside from creatives—writers, singers, artists, actors, musicians, etc.—I can think of no other field that requires as much persistence.

The dictionary defines persistence as:

The definition clarifies how difficult it is to persist.

What happens in the brain during the act of persistence?

Serotonin is a neurochemical in the brain important for feelings of happiness. It’s also known for:

Scientists have studied serotonin levels and persistent behavior in mice.

During foraging, all wildlife explores an area for food and/or water. But at some point, they must move on to a different area. Thriving animals exhibit patience and persistence before exhausting their search at each location.

In the study, researchers required water-restricted mice to “nose poke” while foraging to obtain water as a reward. The probability of obtaining water in each area lessened with each nose poke. The higher the number of nose pokes equaled more persistence in that individual mouse. Scientists also used video tracking to measure how long it took for the mice to switch to a different foraging area.

Mice exhibited optimal foraging behavior. Meaning, they optimized the trade-off between time spent searching an area for water and leaving to find a water source in a different area.

The mice who received serotonin neuron stimulation performed a greater number of nose pokes compared to mice who didn’t receive stimulation. They also took longer to leave an area, suggesting they were more persistent.

If our persistence starts to wane, we need to increase our serotonin level.

The list is almost meaningless without more explanation. So, let’s dive into each tip.

We can’t get serotonin from food, but we can get tryptophan, an amino acid that’s converted to serotonin in the brain. High-protein foods contain tryptophan. For example, turkey and salmon. But it’s not as simple as eating tryptophan-rich foods, thanks to the blood-brain barrier—a protective sheath around the brain that controls what enters and exits. Isn’t the human body amazing?

Like with most life hacks, there’s a shortcut around the blood-brain barrier.

Exercising creates an ideal environment for serotonin by triggering the release of tryptophan in the blood and decreasing the amount of other amino acids. Thus, more tryptophan reaches the brain.

Aerobic exercise of any kind releases the most tryptophan. Don’t fret if you’re unable to do aerobics. The main goal is to raise the heart rate. This can be accomplished by:

This surprised me, but it makes sense when you consider seasonal affective disorder. Serotonin levels dip in the winter and rise in the summer. What should we do? Spend 10-15 minutes in the sunshine. Or, if you live in rainy climate or can’t get outside, use a light therapy box. Both will increase serotonin levels.

Massage therapy increases serotonin and dopamine levels. It also reduces cortisol, a hormone produced when stressed. If paying for a professional massage therapist isn’t within your budget, ask a friend/spouse/partner to swap 20-minute massages.

Writers cannot achieve goals without some form of persistence. Be persistent, dear writer. Be the mouse.