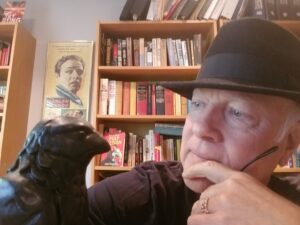 Back in 2012, when self-publishing was proving to be a legit way to make actual, long-term money, I had a choice to make. I was in a good spot. I’d completed a contract and was ready to go out to find another.

A year before, I’d dipped my toe in the indie waters by self-publishing a novella and a book of writing tips. At the end of that year I looked up and saw that I had an extra ten grand in my bank account. And I quietly, calmly contemplated this with the serene thought: ARE YOU FREAKING KIDDING ME?

Then came an event I wrote about in this space. I called it The Eisler Sanction. Barry Eisler, who along with his buddy Joe Konrath was a leading light in the burgeoning self-publishing movement, had just turned down half a mil (!) from his publisher to go indie.

So, with a completed thriller ready to go out, I had a sit-down with my agent and friend, Donald Maass. To his enormous credit, Don left the decision to me. (This was back in the days when agents were freaking out about self publishing, warning writers that their careers could be tarnished forever if they tried it and “failed.”)

One in particular represented the wild ride of that time. A year earlier he’d told me he was wary of self-pub. He was a moderately successful thriller writer, an award winner in fact, with nice mass market editions put out by his publisher, great covers and all that. Now he was saying he’d changed his mind and was going for it.

He’s been a very successful indie ever since.

Thus, I decided to take my novel, Don’t Leave Me, directly to market.

At the same time, I was a) writing new work, fast and furious; and b) getting the rights back to my traditional novels (almost all of which I have now).

Along the way I discovered that the kind of writer I truly was: a pulp writer!

My models were the great pulp-magazine writers of old. The guys who had to churn out marketable work during the Great Depression or they wouldn’t eat. Writers like Robert E. Howard, Erle Stanley Gardner, W. T. Ballard (who was a friend of my parents), Cornell Woolrich (the greatest suspense writer of all time), not to mention latter-day pulpsters like John D. MacDonald, Mickey Spillane, and Gil Brewer. This latter group moved into the exploding paperback originals market of the 1950s. All of them knew how to write fiction that made readers want more.

Isn’t that what every one of us wants out of this gig?

And while “pulp writer” was a pejorative back then (Mickey Spillane famously quipped, “Those big shot writers could never dig the fact that there are more salted peanuts consumed than caviar”) it didn’t matter a whit to those writers, who kept turning out books that sold in the hundreds of thousands, even millions.

If you are writing books to entertain readers in the hopes of getting a fair financial return, you are a pulp writer in your soul.

You know who else is? A fellow named Lee Child. His story is well known. He was working in the TV biz in England when, as he says, “My boss said something to me one day that made it impossible for me to work for him any longer: ‘You’re fired.’”

He then sat down to write a book about a character that would sell to the American audience. Jack Reacher was born. Knowing that production is key, Child kept writing about this character, and his books sold in increasing numbers. When he submitted Persuader, his publisher decided this is our guy, and put their massive marketing muscle into the release. That’s how James Grant became the Lee Child we know today. True to the pulp mindset, he adopted his nom de plume after noting that successful thriller authors had short, snappy names…and that the letter C would shelve his books at the front of the thriller section in bookstores. Right next to B. Ha!

He also stuck to his series character.

Now, I love my stand alones, but I came across something Erle Stanley Gardner once said. He called a hit series character “the pulp writer’s insurance policy.” He tried out several in his early pulp days (like Sidney Zoom, master of disguise, and Speed Dash, a crime-solving “human fly”) until he hit it big with a fellow named Perry Mason.

I’d written a trilogy for Hachette featuring a lawyer named Ty Buchanan. These were good, my best work to date, so I was thrilled to get the rights back. Book #3 has, in my humble opinion, the most perfect ending I’ve ever written. So even though I get emails asking me to write another in the series, I am loathe to mess with that ending.

Thus, I needed another series character, which is how Mike Romeo was born.

With the pulp mindset, I also produce short stories. This brings in a little scratch via my Patreon community.

And I will never stop. Because I love being a pulp writer.

Which is, deep down, what you are, too.

Coincidentally, this post is brought to you by How to Write Pulp Fiction.

32 thoughts on “The Pulp Writer’s Mindset”