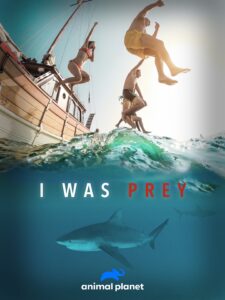 Please excuse my absence over the last 7-10 days while I was on deadline. I’m usually a better multitasker. *sigh*

Every once in a while, a TV show comes along that’s a goldmine for writers. I Was Prey is that type of series.

If you’re unfamiliar with the show, each episode recounts the hauntingly true stories of people who found themselves in a life-or-death struggle with a dangerous animal. Whoever puts these shows together knows story structure, because each episode grips you, holds interest, and keeps you watching. It’s like a car crash. You cannot look away.

The benefit for writers comes through observation.

As each victim recounts their harrowing tale, watch their facial expressions, their involuntary tics and body movements. Listen to the inflection of their voice. It’s all real, raw emotion. These victims carry lifelong emotional and physical scars.

The grizzly bear and hippo attacks are my favorite. Not because I enjoy watching people fall prey to these animals, but because of their reaction to the animal’s power and strength. And we can use that to our advantage. The shock when they first encounter the animal, and what that looks like as they relive the moment on screen. More importantly, how they felt at the time. 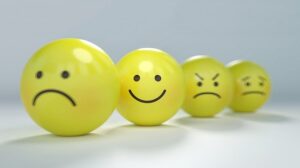 It’s how we breathe life into characters.

By studying real people in dangerous situations, we can then transfer that emotion to our characters. It’s especially helpful for the young writer who has never experienced trauma, thus has an empty well of emotional upheaval to dip into.

Emotions add to the credibility of the story.

In a much-cited experiment, researchers showed several versions of the story of a father whose son is dying of cancer. The goal was to encourage listeners to donate money to charity. The versions of the story that emphasized statistics yielded the least donations. Versions focusing on the father’s feelings for his son’s condition gained the most.

Surprising? Not really. When we connect on an emotional level, we react.

If we focus on “Just the facts, Jack,” the reader can experience analysis paralysis. Hence why there’s a fine art to weaving in research. Emotion allows readers to mark choices as good, bad, or indifferent, which in turn allows them to move beyond objections.

For centuries we’ve told stories around the campfire. We’re wired to respond to traditional narrative structures. And so, emotion encourages empathy (say that five times fast). That emotional connection grounds the reader in the scene. Because they’ve been transported into the story, rather than merely reading words on a page, we’ve changed their mindset. Whether it’s temporary or permanent depends on the story.

A vivid, emotional story packs an extra punch and feels more real, more important. If you look back through times at moments when somebody’s beliefs changed, it’s often because of a story that hit home.

Emotion begets emotion. Readers who are moved by a story are more likely to recommend the book to friends, family, coworkers. They may even sing the author’s praises online.

Visceral emotion commands attention and creates a shared experience between character and reader.

Don’t tell the reader how the character feels. Show them through body cues, dialogue—external and internal—and unspoken truths. By doing so, the reader bonds with the characters.

Have you ever seen I Was Prey? Any suggestions for other documentary-style shows that writers can benefit from?