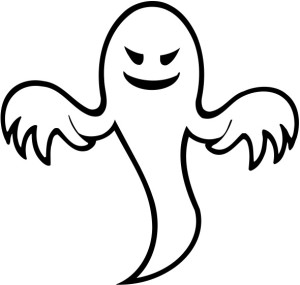 So here’s something I didn’t find out about until after my first book was published: Nielsen, the same company that ranks TV shows, is responsible for maintaining records of book sales. And, as with the TV ratings, there’s a vast disparity between what those numbers say and what the reality might be (does anyone honestly believe that many people are watching the “Ghost Whisperer?”) Among all the industry people I’ve spoken with, it’s generally acknowledged that Bookscan tends to be wildly inaccurate.

Case in point: I know for a fact that, when compared with my royalty statements, Bookscan only counts about a third of my sales (and that’s a year after the fact). Despite their claim to “provide weekly point-of-sales data with the highest possible degree of accuracy,” there are a number of sales venues they simply don’t factor in. Amazon, for example. Or Walmart. Or airports, drugstores, supermarkets; in other words, pretty much anywhere paperbacks are sold. I’ve heard that the numbers come closer with hardcovers, but with mass market paperbacks they’re way off the mark.

So why, then, do these numbers matter? For the sad truth is that they do. During my agent search, one agent looked up my Bookscan numbers right in front of me. And few people seem to know exactly how far off they are. From various editors I’ve heard that they double, triple, or even quadruple the Bookscan numbers to approximate actual sales.

In this day and age, why isn’t a better system in place? My publisher produces “velocity reports” the first six weeks of a book’s release–they know by the end of each week exactly how many copies have sold. So where do those numbers come from, and why aren’t those reported to Bookscan?

Big box stores like Barnes and Noble and Borders also know exactly how many books they’ve sold, almost on a minute to minute basis. If they stock eight copies of a book and sell five, they’ll only buy five copies of that author’s next release (or even fewer; sad but true. Which is why, as Joe noted yesterday, so many authors adopt pseudonyms these days in an effort to beat the system). So now that all of this information is computerized, why is the one “central clearinghouse” so wrong? A friend who works as an editor in Germany claims that they can get an accurate tally at the end of each and every day. Granted, Germany is a much smaller market than the U.S., but still. There has to be a better way.

Mind you, most authors don’t have access to their Bookscan numbers- publishers and distributors pay a fee for that information. I’m a big believer in transparency, and one of the most maddening aspects of being a writer is that getting a sense of where you stand is a constant uphill battle. This is why some authors become compulsive about checking their Amazon ranking, or trying to get feedback from their publisher regarding how sales are progressing. I’m not sure why that information is in short supply, but the Bookscan monopoly can’t be helping.

Coming up on Sunday, June 14, our guest blogger will be New York Times bestselling author and ITW co-president Steve Berry discussing the impact of Dan Brown’s new thriller THE LOST SYMBOL on the publishing industry.