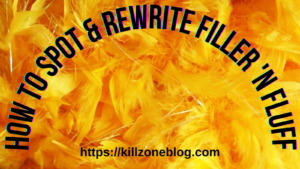 Those dang pesky buggers that sneak into first drafts and weaken the writing are called filler words and phrases—also known as fluff.

If a filler word serves a purpose, keep it. The objective is to tighten the writing by eliminating unnecessary words and anything the reader might find distracting.

For example, a Bigshot Author I adore had the strangest writing tick in her debut novel. It’s a good thing I unknowingly started with book 5, or I might not have devoured two of her thriller series. I can’t tell you her name, but I will share the tic.

Almost every line of dialogue had “she said, and then.” The writing tic distracted me, yanked me right out of the story, and made me want to whip my Kindle out the window. To this day I recall favorite passages from many of her high-octane thrillers, but I couldn’t tell you the basic plot of her debut till I jumped over to Amazon to refresh my memory. She’s since re-edited the novel. 🙂

Just should almost always be murdered.

That litters many first drafts, but it can often be killed without any harm to the original sentence.

Original: I believe that all writers kill their darlings.

Rewrite: I believe all writers kill their darlings.

The original and rewrite have another problem. Did you catch it?

Believe in this context is a telling word. Any time we tell the reader things like “I thought” or “He knew” or “She felt” or “I believe” we slip out of deep POV. Thus, the little darling must die.

Original: So, this huge guy glared at me in the coffee line.

Rewrite: This musclebound, no-necked guy glared at me in the coffee line.

Confession? I use “so” all the time IRL. It’s also one of the (many) writing tics I search for in my work. The only exception to killing this (or any other) filler word is if it’s used with purpose, like as a character cue word.

Original: She broke up with him. He still really loved her.

Rewrite: When she severed their relationship, his heart stalled.

Here’s another meaningless word. Kill it on sight.

Original: He made me very happy.

Rewrite: When he neared, my skin tingled.

To determine if “of” is needed read the sentence with and without it. Does it still make sense? Yes? Kill it. No? Keep it.

Original: She bolted out of the door.

Rewrite: She bolted out the door.

Up (with certain actions)

Original: He rose up from the table.

Rewrite: He rose from the table.

Original: He stood up tall.

Down (with certain actions)

Original: He sat down on the couch.

Rewrite: He sat on the couch.

Original: He laid down the blanket.

Rewrite: He laid the blanket on the floor.

And/But (to start a sentence)

I’m not saying we should never use “and” or “but” to start a sentence, though editors might disagree. 🙂 Don’t overdo it.

Original: He died. And I’m heartbroken.

Rewrite: When he died, my soul shattered.

Also search for places where “but” is used to connect two sentences. Can you combine them into one without losing the meaning?

Original: He moved out of state, but I miss him. He was the most caring man I’d ever met.

Rewrite: The most caring man I’d ever met moved out of state. I miss him—miss us.

Want/wanted is another telling word. It must die to preserve deep POV.

Substitute with a strong verb.

Rewrite: I drooled over the chocolate cake. One bite. What could it hurt?

Came/went is filler because it’s not specific. Substitute with an a strong verb.

Original: I went to the store to buy my favorite ice cream.

Rewrite: I raced to Marco’s General Store to buy salted caramel ice cream, my tastebuds cheering me on.

Too many had words give the impression the action took place prior to the main storyline. As a guide, used once in a sentence puts the action in past tense. Twice is repetitive and clutters the writing. Also, if it’s clear the action is in the past, it can often be omitted.

Original: I had gazed at the painting for hours and the eyes didn’t move.

Rewrite: For hours I gazed at the painting and the eyes never wavered.

Well (to start a sentence)

Original: Well, the homecoming queen made it to the dance, but the king didn’t.

Original: I basically/literally had to drag her out of the bar by her hair.

Rewrite: I dragged her out of the bar by the hair.

Original: Actually, I did mind.

Original: She was highly annoyed by his presence.

Rewrite: His presence irked her.

Or: His presence infuriated her.

Original: I totally did not understand a word.

Rewrite: Huh? *kidding* I did not understand one word.

Rewrite: Dad wagged his head, and she stopped.

Anyway (to start a sentence)

Original: Anyway, I hope you laughed, loved, and lazed during the holiday season.

Rewrite: Hope you laughed, loved, and lazed during the holiday season.

As with all craft “rules,” exceptions exist. Nonetheless, comb through your first draft and see if you’ve used these phrases for a reason, like characterization. If you haven’t, they must die. It’s even more important to delete filler words and phrases if you’re still developing your voice.

Original: The movie was a bit intense. Lots of blood.

There is no doubt that

Original: There is no doubt that the Pats will move on to the playoffs.

Rewrite: No doubt the Pats will move on to the playoffs.

Or: The Pats will be in the playoffs.

The reason is that

Original: The reason is that I said you can’t go.

Rewrite: Because I said so, that’s why. (shout-out to moms!)

The question as to whether

Original: The question as to whether the moon will rise again is irrelevant.

Rewrite: Whether the moon will rise again is irrelevant.

Original: Whether or not you agree is not my problem.

Rewrite: Whether you agree is not my problem.

Original: I am tempted to say how beautiful you are.

This is a topic that

Original: This is a topic that is close to my heart.

Rewrite: This topic is close to my heart.

Believe me (to start a sentence)

Original: Believe me, I wasn’t there.

Rewrite: I wasn’t there.

In spite of the fact

Original: In spite of the fact that he said he loved you, he’s married.

Rewrite: Although he professed his love, he’s married.

Or: Despite that he said he loved you, he’s married.

Original: The fact that he has not succeeded means he can’t do the job.

Rewrite: His failure proves he can’t do the job.

Original: I might add, your attitude needs adjusting, young lady.

Rewrite: Someone’s panties are in a bunch. *kidding* Adjust your attitude, young lady.

At the end of the day

Original: At the end of the day, we’re all human.

Rewrite: In the end, we’re all human.

Or: In conclusion, we’re all human.

Or: We’re all human.

Over to you, TKZers. Please add filler words/phrases that I missed. I’m hoping this list will help Brave Writers before they submit first pages for critique. 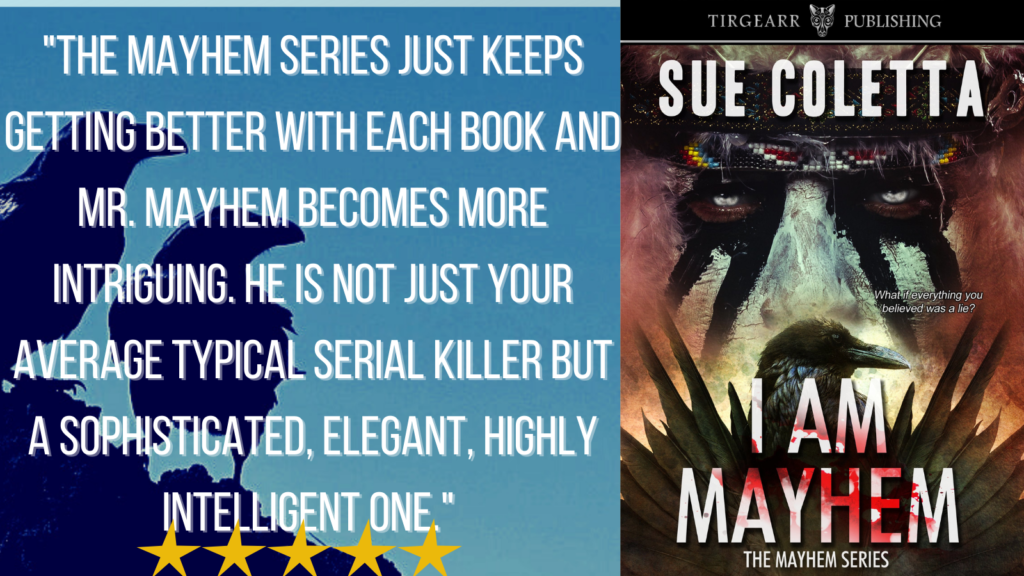 “I did not think this series could become more compelling, oh how wrong I was! Coletta delivers shock after shock and spiraling twists and turns that you will never see coming. I was glued to the pages, unable to stop reading.”

53 thoughts on “How To Spot + Rewrite Fluff”