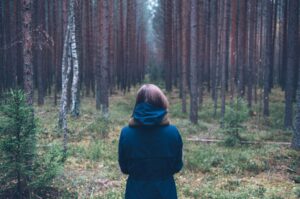 Tell us about the genre you feel most comfortable writing.

1.) Share what you write and what you like most about it. What drew you to the genre?

2.) What are the biggest challenges you have faced in writing this genre?

3.) Where would you push the envelope in writing or reinventing this genre? 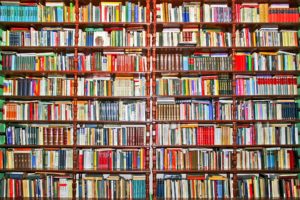 1.) What’s your least favorite genre to read…or a genre you haven’t read or not likely to read? Please share why.

2.) What “new to you” genre have you tried that surprised you in a good way?

I love a good Western. This uniquely American genre sums up our collective spirit better than any other. In fact, the decline in the popularity of Westerns seems to track right along with the fragmentation of our society. So a look back at the classics (I’m not into post-modern revisionist oaters) is also a look back at ourselves, as we were, silhouetted against the horizon. Maybe in doing so we can re-learn a few things. 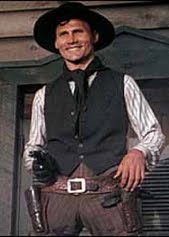 Not just the best Western ever, but one of the top American films of any genre. Mythic, amazing to look at, and featuring one of the great villains: the grinning Jack Palance (he earned an Oscar nod for his turn as the gunfighter Wilson, the “low down Yankee liar”). Alan Ladd and Van Heflin are superb as the mysterious gunman and rock solid homesteader (the early scene where they team up to remove a stump is a symbolic prophecy for the entire film). Also earning an Oscar nomination was the young Brandon De Wilde as Joey (yes, it’s easy to parody “Come back, Shane!” But it’s been done, so don’t go there). The film should be seen on the big screen if at all possible.

The movie is about the need for a community to band together to defeat evil. 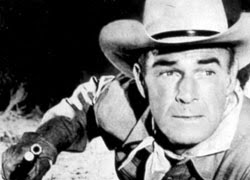 When director Budd Boetticher, writer Burt Kennedy and B star Randolph Scott got together for a series of Westerns in the 1950’s, no one paid them much mind. But the French critics recognized true auteur artistry when they saw it, and these Westerns were rediscovered and are now honored. Seven Men is the best, a prime reason being the fabulous turn by Lee Marvin as the villain. The quiet scene where he verbally emasculates a husband in front of his wife is as memorable as any gunfight in any corral. The movie succeeds despite its low budget and fast shooting schedule (Boetticher trademarks). Randolph Scott becomes an icon here, and the film is a gem you need to watch more than once. Please disregard the awful theme song that the studio stuck in over Boetticher’s objection.

This is a movie about revenge and greed, two of the best motivations. 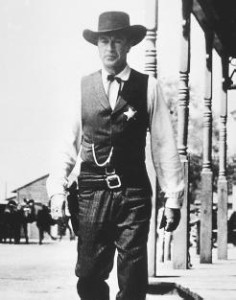 Gary Cooper displays his acting chops almost entirely with his weathered face (and earned his second Oscar as a result). You know the story. A retiring town marshal, newly married to Grace Kelly (Grace Kelly!) stays to face the just pardoned killer coming back for revenge. He’ll raise a posse, he reasons. But as the clock ticks toward high noon, when the train with the killer arrives, everyone seems to have an excuse not to help him. Not only that, his Quaker wife, opposed to all guns, says she’ll leave him if he stays. Talk about pressure (Grace Kelly!) The hit song, “Do Not Forsake Me,” that haunts the movie is one reason so many bad songs were planted on so many Westerns in the 1950’s.

Lesson: there’s a duty to stand up to evil even if you’re alone. 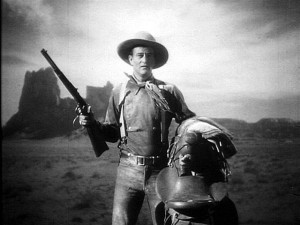 Why this title for John Ford, and not, say, The Searchers or My Darling Clementine? Because I just like this better. It moves. It has heart and none of the clunky Ford humor that mars his “bigger” films. Yes, Ford deserves his accolades, especially for his framing of Western vistas, but when it comes to the West I don’t think he ever did it better than here. It’s the film that made John Wayne a star, of course, just as he was about to fade into obscurity as a C level serial actor. Thomas Mitchell (Oscar winner) and Claire Trevor deliver standout supporting performances.

We learn that sometimes it’s the outcasts who are the moral ones among us. 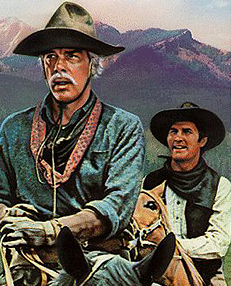 It’s a bookend with Shane, taken from the novel by Shane‘s author, Jack Schaefer, and also featuring Jack Palance (in a very different role). It’s about the end of the West, the swan song of cowboying as a way of life. Lee Marvin stars in the title role and evokes a bittersweet rendering of what it once meant to be a man of honor. The theme song, sung by Mama Cass, is actually one of the few that is perfect for the film’s mood. Netflix this underappreciated classic. (The Tom Selleck remake for television is also excellent).

The lesson here is pure Americana: the only honorable way to live is by being true to yourself. That’s an essential lesson for writers, too.

So what about you? What are your favorite Westerns and — most especially — why?

UPDATE: Netflix apparently doesn’t have the original Monte Walsh available. However, it is due to be shown on Turner Classic Movies on March 27, 2010, 2 p.m. (Eastern). If you go here you can have them send you an email reminder and IMPORTANT: you can click to vote that it be released on DVD. Enter your vote today!

I’m getting a little panicky. Tomorrow (Saturday), I am moderating a panel at George Mason University in Fairfax, VA, called Literary Snobs & Commercial Sellouts, an exploration of the truths and truisms of the prejudice we all have felt at one time or another.

I’m one of those people who takes moderating responsibilities pretty seriously, so as I gather research for the panel (two genre authors and one literary author), I’m finding this all to be much more difficult than I had expected. Defining genres is fairly easy. You’ve got your mysteries, your thrillers, you romances and on and on, each with their expected constructs. Okay, I get that. Sure, there are some exceptions to the rules and some crossover authors, but basically genre is, well, genre.

So, what the heck is literary? I talked to my agent today to bounce my thoughts around and hypothesized that perhaps “literary” could be defined as absence of genre. No, she said, that would be “mainstream.” Literary is something else. Unfortunately, she wasn’t a lot of help when it came to putting a finger on a useful definition of that other something.

Some who post on the Internet posit that while a commercial novel stresses plot, a literary novel stresses other-than-plot. Okay, then explain how Harper Lee or even J.D. Salinger can be considered “literary.”

There are lots of throw-away insulting definitions of “literary,” but those aren’t useful to me in my hour of need. Seriously, what makes the difference? Is it merely a matter of personal taste? Surely it has to be something more that merely “well-written,” because most books fall within a ring or two of that bull’s eye.