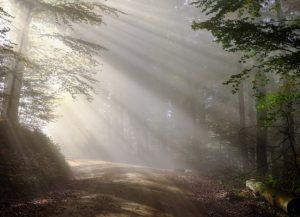 Let’s be honest. Writing a book description isn’t fun. It’s grueling, mind-numbing work that I detest with every inch of my being. Mastering the art of back cover copy-writing is an important skill. Therefore, I’m always on the lookout for tips.

Saturday, I sat through yet another webinar on the topic, and a formula emerged, a formula that finally resonated with me (after 11 books, it’s about time). So, I figured I’d share my discovery with you, my beloved TKZers, in the hopes that it’ll work for you, as well.

I should preface this post with, do as I say, not as I do. After my Ah-ha! Moment, I now need to rewrite all my descriptions. Oy. I’d prefer a bullet to the brain.

Back cover copy follows a simple three-step formula, but we do have wiggle room to experiment. With readers’ short attention spans these days, the advice is to keep the entire description to roughly 150-200 words. If your description runs 25 words longer than the desired range, I wouldn’t sweat it too much.

To find our hook we need to look at the main conflict of our story. We want readers to identify with said conflict, so don’t shy away from the emotional impact it causes the hero. Don’t dwell on it, either. Every word counts.

The following books sit on Amazon’s Top 10 Bestsellers List in Psychological Thrillers, and each description employs this exact formula. These authors worked hard on their hooks, and it shows.

What would it take to make you intervene? — I Am Watching You by Teresa Driscoll

It begins with a phone call. It ends with a missing child. — Guilty by Laura Elliot

When family secrets are unearthed, a woman’s past can become a dangerous place to hide… — Twist of Faith by Ellen J. Green

Every time Gwen closed her eyes, she saw him in her nightmares. Now her eyes are open, and he’s not going away. — Killman Creek by Rachel Caine

They were all there the day your sister went missing. Who is lying? Who is next? — The Reunion by Samantha Hayes

She’s a daughter he didn’t know he had. Until she calls him… from death row. — 30 Days of Justis by John Ellsworth

What if you discovered your husband was a serial killer? — Tell Me I’m Wrong by Adam Croft

Side note: Adam Croft is a master at hooking readers. This next book he wrote after he created the hook. What a doozy, too!

Could you murder your wife to save your daughter? — Her Last Tomorrow by Adam Croft

Wow. Right? If that hook doesn’t grab fans of the genre, nothing will.

The synopsis also follows a micro-formula…

Let’s go back to our examples to see if this micro-formula has merit. The red-bracketed numbers correspond to steps 1-5.

Synopsis of Her Last Tomorrow by Adam Croft

Nick and Tasha are a couple held together by their five-year-old daughter [1]. Until one ordinary morning, when Ellie vanishes amid the chaos of the school run [2].

Nick knows she can’t have gone far on her own, which can mean only one thing: she’s not on her own. Who would take his daughter, and why? With no motive and no leads, Nick is thrown into a tailspin of suspicion and guilt. Like Tasha, he doesn’t know what to think, or whom to trust… [3]

But then someone starts doing the thinking for him. Confronted with an impossible choice, Nick will have to make a decision, and both options will leave him with blood on his hands. But perhaps that’s to be expected. [4]

After all, Nick’s not quite as blameless as he seems. [5]

I Am Watching You by Teresa Driscoll

When Ella Longfield overhears two attractive young men flirting with teenage girls on a train, she thinks nothing of it—until she realises they are fresh out of prison and her maternal instinct is put on high alert.[1] But just as she’s decided to call for help, something stops her. The next day, she wakes up to the news that one of the girls—beautiful, green-eyed Anna Ballard—has disappeared. [2]

A year later, Anna is still missing. Ella is wracked with guilt over what she failed to do, and she’s not the only one who can’t forget. Someone is sending her threatening letters—letters that make her fear for her life. [3]

Then an anniversary appeal reveals that Anna’s friends and family might have something to hide. Anna’s best friend, Sarah, hasn’t been telling the whole truth about what really happened that night—and her parents have been keeping secrets of their own. [4]

Someone knows where Anna is—and they’re not telling. But they are watching Ella. [5]

Synopsis of Guilty by Laura Elliot

A few days later, Constance’s uncle, Karl Lawson, suddenly finds himself swept up in a media frenzy created by journalist Amanda Bowe implying that he is the prime suspect. [1]

Karl’s life is in ruins. His marriage is over, his family destroyed. But the woman who took everything away from him is thriving. With a successful career, husband and a gorgeous baby boy, Amanda’s world is complete. Until the day she receives a phone call and in a heartbeat, she is plunged into every mother’s worst nightmare. [3]

Even though Guilty played with the order, the description works. The formula still holds. Hence why I mentioned the wiggle room at the beginning of this post. *grin* Also note: some authors put their characters’ names and/or important details in bold, and the words catch the reader’s eye.

The selling paragraph answers two variations of the same question that readers ask themselves:

It sounds good, but how do I know it’s for me?

There’s two ways we can go here, by showing similar books — if you enjoyed X, you will love Y — or by simply mentioning the genre.

A psychological thriller that keeps you guessing till the last chilling page.

If you like heart-hammering suspense, this book is for you!

A third option is to use clips of reader reviews or blurbs from authors in your genre. 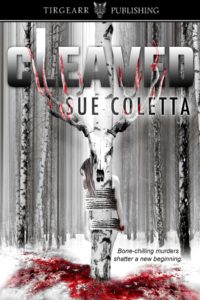 How far would you go to save your child?

Over to you, TKZers. Do you use this formula for your book descriptions? If not, are you tempted to try it? Any tips of your own to share?