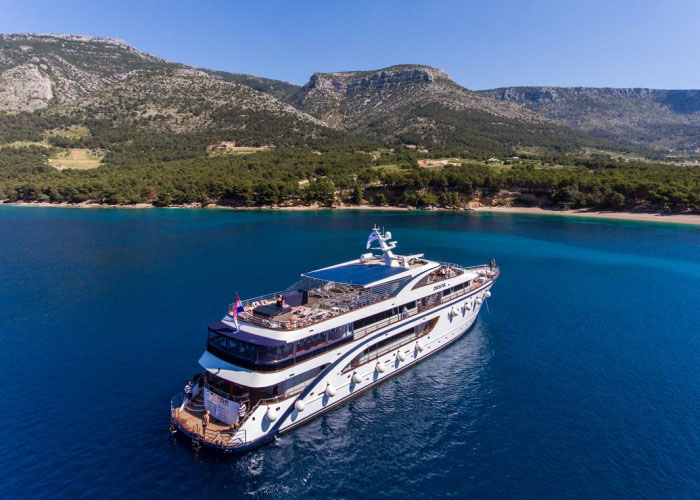 As I write this, I’m preparing for a photo safari, led by my son. (And, no, I don’t get a discount.)

As you read this, I should be on a yacht on the Adriatic Sea, traveling from Split to Dubrovnik. If things go as planned, and I did the calendar calculations right, today I’m en route from Korcula to Mljet, where the published itinerary says:

In the morning head further south to the Island of Mljet. Join the Cruise Manager for a stroll to the famous salt lakes in the Mljet National Park. Lunch on board and departure for a small village called Slano on the mainland, a peaceful fishermen’s village and the starting point to Ston, another once fortified small village famous for its oysters situated on Pelješac peninsula. Pelješac peninsula is known as one of the best wine-producing regions in Croatia. After exploring the town, we leave to a small nearby village to enjoy the authentic local oyster tasting. Tonight, enjoy Captain’s dinner and overnight in Slano.

A while back, I talked about dealing with far away settings in your writing. What am I going to be doing on this trip as far as writing is concerned? (And being able to write off travel expenses is a great motivation for incorporating the setting into a book.) When we toured the British Isles, I thought I’d write a short, sappy romance and be done with it, but I’m not wired that way. There had to be some sort of mystery. I figure that’s what’s going to come out of this trip, too.

I also have a manuscript due next month, so I’ll be spending some time on that, too. How much is unknown, as we’ll have a busy schedule, but my “spare” time will be divided between researching a new book and working on the one I have to finish.

What will I be doing?

What I don’t have is a plot, or much of a plan. I want to let the experience drive the story, not me trying to force a preconceived idea into what I find there.

I do know that I’d like it to continue what I began with Heather’s Chase: Not a sequel, but another stand alone novel marketed as “An International Mystery Romance” which leaves the door open for more. That means I’ll need a hero and heroine. They’ll probably meet on the tour, simply because that’s the genre expectation. They’ll have conflicts, but will be drawn together by the mystery in some way. Maybe working against each other, but eventually, they will have to have that promise of a happily ever after.

As I write this, I have no idea what kind of connectivity we’ll have on this trip. I doubt I’ll be around to respond to comments, but I know everyone here at TKZ will carry on the conversation.

What travels/locations have inspired your writing? What advice do you have to share? 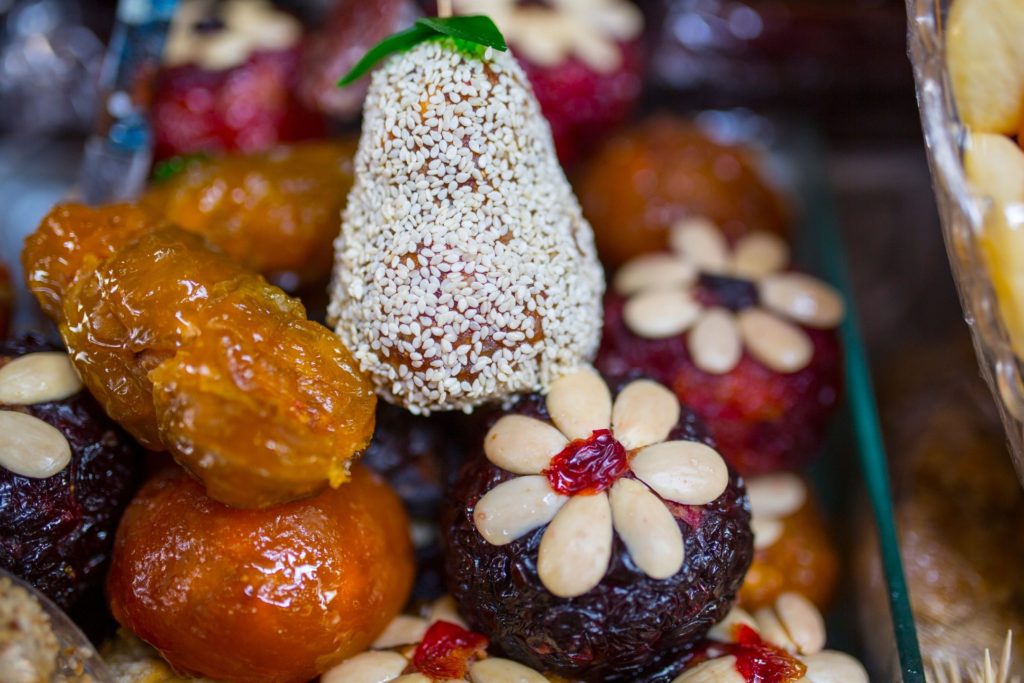 *Disclaimer: I have used all 25 methods at various times, and my Writer’s Butt comes and goes. As to number 3, I have gotten so tangled up in the huge number of power cords around my desk that I may as well have been chained because it was a real pain to try to get away from my chair and go to the kitchen. 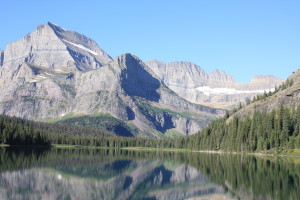 Having spent a wonderful time in the mountains of Glacier National Park and then plunging straight into back to school has given me little chance to go online or interact via social media. In fact while we were in Glacier there was, for over a week, literally no service. No cell phone. No internet. Nada. And you know what – after the initial frustrations (for instance no blog post two weeks ago from me!) – it felt amazing.

My boys didn’t ask for iPad time (in fact we had deliberately told them no electronics), my husband wasn’t checking his work email slavishly, and I wasn’t feeling compelled to engage in any kind of social media activity. It was liberating! There was just us, nature and a few good books. What else could you ask for in a holiday?

I used the opportunity to think about my latest WIP and jot down notes (longhand) in the small notebook I brought. I introduced my 10 year old twins to the joys of Agatha Christie (Murder on the Orient Express). We hiked, chatted, played UNO and made S’mores…And none of us really missed being electronically ‘connected’ to the world. Yet, it was surprising how quickly upon our return we soon fell back into our old ways. Emails. Texts. Facebook notifications. News alerts and more. Suddenly we were surrounded by the ‘noise’ of our usual highly connected lives.

For me, at least, it was disquieting how quickly that noise became background once more, and I lost that sense of focus and stillness that I’d felt while being ‘off the grid’. So the challenge for me now, after the ‘back to school’ dust has settled, is to try and reclaim this inner rather than outer focus – but I’m not really sure how.  I guess I could artificially induce disconnectedness by switching off the wifi or I could just rely on willpower not to check anything online while I’m working on my computer (a difficult proposition as anyone facing the blank page will know – oh how, easy it is just to procrastinate with a quick check of ‘news’ on the internet!)…but it feels like it’s hard to escape the constant barrage of ‘pings’ and ‘rings’ as every device I own signals for my attention.

Do you find, like me, that being disconnected from the electronic world can be a liberating experience or is it too hard to pull away? How (if at all) do you  try and ‘switch off’ the noise? Do you deliberately takes steps to try and disconnect? Or can you (unlike me) keep your focus despite the ‘noise’ around you?