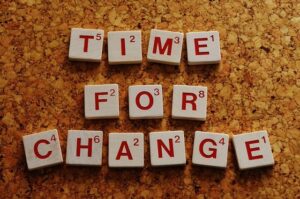 It’s fun to see how words change over time. Their meanings transform, expand, and even metamorphose into a whole new meaning. These changes occur gradually over time. I find it fascinating how one word used by our ancestors means something totally different today.

While researching my historical “ladies” (female serial killers) for Pretty Evil New England, I ran across numerous differences in spelling and definitions.

The process of words changing over time is called semantic narrowing, which is a type of semantic change by which the meaning of a word becomes less general or inclusive than its earlier meaning. In other words, any change in meaning(s) of a word over time — also called semantic shift, lexical change, and semantic progression.

Common types of semantic change include bleaching (where the semantics of a word reduces while the grammatical content increases), broadening (when the semantics of a word becomes broader or more inclusive than its earlier meaning), metaphor, and metonymy (a figure of speech or trope in which one word or phrase is substituted for its closely related cousin, such as “crown” for “royalty”).

Semantic change may also occur when foreign speakers adopt English expressions for use in their own social and cultural environment.

“We say that narrowing takes place when a word comes to refer to only part of the original meaning. The history of the word hound in English neatly illustrates this process. The word was originally pronounced hund in English, and it was the generic word for any kind of dog at all. This original meaning is retained, for example, in German, where the word Hund simply means ‘dog.’ Over the centuries, however, the meaning of hund in English has become restricted to just those dogs used to chase game in the hunt, such as beagles…”

“Words may come to be associated with particular contexts, which is another type of narrowing. One example of this is the word indigenous, which when applied to people means especially the inhabitants of a country which has been colonized, not ‘original inhabitants’ more generally.”

Another prime example of semantic narrowing is mouse and bookmark. Rather than an animal and a device used in place of a dog-earing a page, these words also refer to a computer mouse and online bookmark.

Where’s the Beef? (A nod to JSB’s post, Storytelling Lessons in 60 Seconds or Less 😉 )

If you were a vegetarian in Anglo-Saxon times, you still ate meat. In Old English the word mete referred to food in general. It wasn’t until the 1300s that the meaning of meat began to narrow to mean animal flesh. Even though meat still refers to the contents of a nut (i.e. almond meat) that’s not the first image that springs to mind.

The original sense of meat survived in sweetmeats, an old term for a type of candied treat.

The word girl (historically written as gurle, grile, and gerle) meant “a child” or “young person” of either sex. Today, of course, girl refers to a young female, though women of all ages use the word to refer to close friends. “Girl, you’re not gonna believe what he did this time.”

Along those same lines, woman comes from the Old English word wīfman, which literally means “wife-man.” I know, ladies. Just let the sexist definition roll off your shoulders. After all, I’m referencing a time when man meant any human.

Doe a Deer, a Female Deer

When we think of the word deer, we imagine graceful animals, with or without antlers, who frolic in the woods. The word, however, stems from the Old English word dēor, meaning “beast,” especially a four-legged animal unlike a bird or fish. By the 1400s, deer morphed into its current Bambi-like designation.

Should we strive to be an awful writer?

Don’t answer too quickly. In the 1200s, awful meant “full of awe.” It also meant “inspiring awe” or “reverential.” Later, awful referred to “causing fear and dread,” which contributed to the current meaning of “bad, unpleasant.”

Awesome evolved in the opposite direction, from “inspiring awe” to “great, excellent.” Though in some cases, its original meaning still holds true.

My, What an Egregious Gentleman

Sounds incorrect, doesn’t it? But back in the early 1500s, egregious meant “distinguished” or “eminent.” It comes from the Latin word egregius, meaning “preeminent” with a literal sense of “[standing] out from the flock.”

First recorded around 1340-1400, naughty meant “wicked, evil.” It also meant “poor, needy.” Naughty is formed from the Old English naught, meaning “nothing” or “wickedness.” It wasn’t until centuries later that the word transformed to refer to a misbehaving child or an adult engaged in risqué behavior.

Reserved Seating for Vulgar Only

Sometimes semantic narrowing can lead to a negative connotation, a process called pejoration. If I said the word vulgar, you’d immediately think I was referring to someone (or something, as in a painting, photo, song, or language) who acted in an inappropriate manner. But vulgar stems from the Latin word vulgaris or vulgas, meaning “common people” or “ordinary.”

Over to you, my beloveds. Write a sentence that includes two or more of these words with their original definitions. Bonus points if you include more than five!