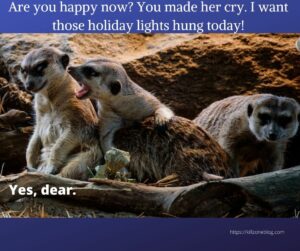 Under the best of circumstances, it’s a lot to juggle. During the holiday season, forget about it. Feeling overwhelmed is the new normal, especially if you’re hosting a holiday event.

First, breathe. You’ve got this.

The rhythm of our breathing generates electrical activity in the brain that affects how well we remember. Scientists linked inhaling to a greater recall of fearful faces, but only when the participants breathed through their nose. They were also able to remember certain objects in greater detail while inhaling. Thus, researchers believe nasal inhalation triggers more electrical activity in the amygdala (brain’s emotional center). Inhaling also seems key to greater activity in the hippocampus, “the seat of memory,” according to Forbes.

The “Relaxation Response” (RR) is a physiological and psychological state opposite to the fight-or-flight response. RR therapy includes meditation, yoga, and repetitive prayer, and has been practiced for thousands of years. These stress-reducing practices counteract the adverse clinical effect of stress in disorders like hypertension, anxiety, insomnia, and aging.

Yet, research on the underlying molecular mechanisms of why it works remained undetermined until a 2017 study unearthed a fascinating discovery. Both short-term and long-term practitioners of meditation, yoga, and repetitive prayer showed “enhanced expression of genes associated with energy metabolism, mitochondrial function…” and more efficient insulin secretion, which helps with blood sugar management. Relaxation Response also reduces the expression of genes linked to inflammatory responses and stress-related pathways. In simpler terms, controlled breathing helps boost the immune system and improve energy metabolism. 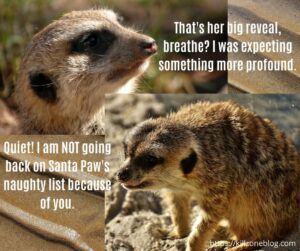 With all the rushing around for the holidays, combined with writing deadlines — either self-imposed or contracted — please take the time to breathe. Your body and your muse will thank you later. 🙂

Happy Holidays, my beloved TKZers! May all your writer dreams come true in 2020.