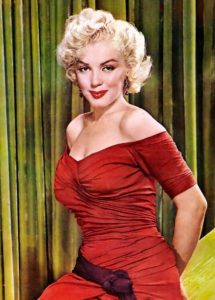 Don your fedora and breathe in the smoky air of a shadowy life when you read this anonymous submission of 400 words for THE DANGEROUS DAME. My feedback will be on the flip side. Please share your thoughts in the comments. 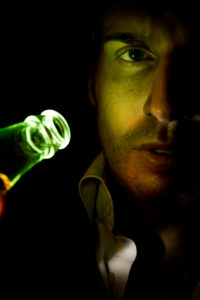 Ida Lucas was Hamilton’s answer to Mata Hari – a blonde bombshell who mesmerized the upper-crust gents in the Circus Roof at the Royal Connaught Hotel. Some folks said that her scandalous strip-tease rivaled that of Gypsy Rose Lee. One night with Ida was rumoured to cost you a King’s ransom and that, in the Hamilton of 1948, translated into a cool 100 simoleons. For the working man – two weeks pay. But the working man was the last guy Ida wanted to see.

She came to my attention while I was doing some leg-work for a local law office. And I didn’t find out until much later that there was a helluva lot more going on in this shady lady’s busy life than I’d ever suspected.

It was a fine spring morning when I entered the White Spot Grill on King Street downtown. Spiro shot me a dark look from behind the counter as he grunted a tray-load of dirty cups into an industrial dishwasher with a loud clank. The sharp tang of burnt toast hung in the air and I guessed that Madge was late for her early shift this morning.

The food here was nothing special and the coffee was so-so but it was close to my office. And don’t get me started about its owner.

“Don’t often see you in here, Max. Now that you’re a big-shot private dick with a fancy assistant and a secretary and all,” he said.

I’d met Spiro last summer when I opened my private detective agency on King Street, across from the Connaught, and right off the bat we’d developed a spikey kind of relationship. But with the ladies, of course, he was always the perfect gent – “Yes, Ma’am, right away, Ma’am. My, you’re looking swell today.”

I ignored his ‘big shot’ remark and slid onto the end stool at the counter. “A large carafe to go. If it ain’t too much trouble.”

He bounced his hard look off me but I didn’t react. Then he motioned with his head toward the rear of the café. “Bob said he wanted to see you if you came in. I told him –”

At the end of the row of booths, Spiro had rigged up a small table that looked like a cut-down student’s desk. It was low enough that my veteran friend, Bob, could use it while seated aboard his wheeled dolly. A brave soldier overseas, he’d lost both his legs on that godforsaken, stony beach in Dieppe on August 19, 1942 – a date forever seared into the memory of every Hamiltonian.

Bob was puzzling over a Daily Racing Form and scribbled something in the margin as I approached. He looked up, then parked his pencil behind his right ear. “Hi-de-ho, Max. How goes it?”

“Everything’s copacetic,” I said as I pointed to the paper. “Trying to pick me a winner at the Woodbine track?”

There is plenty to like with this submission and the ease of a voice that reminds me of old black and white detective movies. The attention to detail of the White Spot Grill and the guy filling in his race track form with a pencil is Bob, a WWII war veteran–the sights and sounds and smells are vivid and drew me in.

Time Frame & Setting – I would like to know what time frame this is written for. A simple tag description at the start would be a simple fix – What year and city?

Where to Start – Given the Noir voice of this submission, I liked the intro and got into the description of Ida Lucas, but that intro is coming from a character I’m not properly introduced to. The first two paragraphs are about Ida Lucas and I don’t know why because there is no link made to her and Max, the narrator. There doesn’t appear to be a connection that explains why the woman PI begins the story with her–plus there isn’t action to jump start this passive beginning.

My suggestion would be to start with the action of the woman PI walking into the White Spot Grill (3rd paragraph). I would rework the new introduction to be meatier with a mystery centered on the woman entering the grill alone, hinting at why she had come.

BEFORE: It was a fine spring morning when I entered the White Spot Grill on King Street downtown. Spiro shot me a dark look from behind the counter…

AFTER: When I entered the White Spot Grill on King Street downtown, my high heels clacked on the black and white checkered linoleum and Spiro shot me a dark look from behind the counter. He grunted a tray-load of dirty cups into an industrial dishwasher with a loud clank. I felt like a porterhouse in a world of ground round.

Max obviously knows all the names of the people who work at the diner. Why not take the opportunity to introduce the narrator when she walks into the restaurant? All we know is her first name is Max.

First Person POV Gender – From the start, I pictured the voice to be that of a man, but it’s not until dishwasher busboy Spiro says “Yes, ma’am” that I realized the narrator is a woman PI. Even the nickname of Max doesn’t shed light on gender. If the author takes my suggestion of starting with the action of the woman PI making a mystery clandestine meeting at a low rent grill, adding words like “my high heels clacked on the sidewalk” or have Max put on lipstick outside. Or have Spiro be the only one who calls her Maxine and she rolls her eyes and has a snappy comeback.

SUGGESTION: “No one calls me Maxine, Spiro. Not even my mother. How many times do I have to say it?” Working as a single woman in a man’s world, I preferred the nickname, Max.

I stumbled over this – When Spiro is trying to get Max to check in with his boss, Bob, she acknowledges his request but says, “Okay, I’ll be back in a minute.” I didn’t get this line. It made me think Max had to get her coffee order back to her office and that she would return to visit with Bob when she could stay longer. I had to reread it a few times. Maybe the author meant that Max would come to the “back” of the restaurant after she gets her order. I would recommend the author clean this up and make the transition clearer.

Mystery Elements/Where to go from here – Does Bob get Max into a case involving Ida? I don’t know what to suggest since I don’t know where the story is going. To tie this in better and make the story start with a mystery, Max could be holding a note clutched in her hand, a cryptic message asking her to meet at the diner. She could recognize the handwriting, but the note isn’t signed. Or for added interest, the note could end with a compelling mystery line – something like “I’m sorry, Max, but I need to know this time.”

Bob could have tried a few times to trace the whereabouts of Ida for personal reasons. Max sees the cryptic note and she knows who wrote it. Her mind could flash on Ida and her reputation (where the author brings back the first two paragraphs without spilling the beans on why she makes the connection).

I would recommend adding mystery elements to draw the reader into this intro. The exchange between Max and Bob is too casual and chatty, with no tension or mystery to their interaction. Why not add something? Have the reader walk into Max’s life with a mystery she’s been working on with Bob. It would give more purpose to this introduction and the reason Ida Lucas will play a part.

More Sass – I think there is potential for Max to have sass throughout this novel. We’re only seeing the first 400 words, but I would like to see more of a hint of it in this brief opener. That’s why I added the line, “I felt like a porterhouse in a world of ground round.” This reads like a period piece and to have a woman working in a traditionally male career, Max would have to be over the top aggressive in order to get work as a private detective. She’d have to have guts and think out of the box just to compete.

I once researched women bounty hunters and the stories I found online and in newspapers on how they outsmarted the male fugitives (for higher bounty) are hilarious. I see Max street savvy and smart mouthed, able to talk her way through anything. Adding color to Max’s voice and her life could make the difference in setting this story apart from other novels.

Overview – There is a lot to like about this submission. I would definitely read on since I love police or PI procedurals. I love the author’s attention to the detail of sights, sounds and the reader’s senses. I’m also intrigued by the voice of the woman detective. Well done.

By my reckoning, this is my last blog post until January 2016 (with TKZ’s regular winter hiatus coming up) and I thought it was important, especially given recent tragic events, to end the year on a more hopeful note – focusing on why, for us as writers and readers, mysteries still matter, perhaps more than ever.

When I talk at book events I’m often asked why I chose to write a mystery. My answer is that I actually never originally set out to write a mystery but rather a hybrid of a range of genres with historical fiction at the core. However, before I sold my first book, my agent felt the book really fell squarely within the mystery genre and that is how we pitched the book to potential publishers. I’ve since found the mystery/crime fiction genre to be an ideal vehicle for my work – providing a framework which enables me to explore characters, history and events in a way that also keeps me focused on keeping the reader engaged.

As a reader of mysteries, thrillers and crime fiction, I also enjoy being transported to different eras, places and the deeper (often darker) aspects of humanity that I wouldn’t otherwise be able to experience. Mysteries provide me, as a reader, a vicarious means through which I can try and comprehend the world – in terms of the good, the evil and the grey areas in between. So why do mysteries matter, especially when faced with the complexities and tragedies of our modern world?

Here’s what I think:

So what do you think? Why do you write and read mysteries?Why do they matter to you?