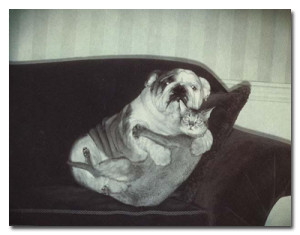 It is a dark and stormy night. Really.

So in honor of the Erika remnant thunderstorm that is dumping its load on us down here in South Florida tonight, I got inspired and decided I had to go there…

Yes, we have to talk about bad novel openings. Now, we’ve had some really good posts lately about good openings. But it’s time to for me to get down and dirty and show you some examples of some really really really bad opening paragraphs. And for once, I am going to name names because these writers deserve the exposure.

Let’s start with this opening by a writer named Tom Billings, who lives in Minneapolis:

John thought of Kate and smiled – with any luck the tide would carry her body out to deeper water by nightfall.

And how about this gem by Belgian novelist Miriam Nys:

Walking through the northernmost souk of Marrakech, that storied and cosmopolitan city so beloved of voyagers wishing to shake the desert dust off their feet, Peter bought a French-language newspaper and realized, with dizzying dismay, that “Camille” can be a man’s name.

And then there’s this from Margo Coffman:

If Vicky Walters had known that ordering an extra shot of espresso in her grande non-fat one pump raspberry syrup soy latte that Wednesday would lead to her death and subsequent rebirth as a vampire, she probably would have at least gotten whipped cream.

What in the world were these people thinking? That they’d win an award or something?Well, they did. They are all winners or runners-up in this year’s Bulwer-Lytton Fiction Contest. 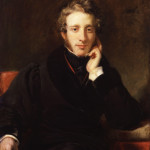 Surely, you remember Edward Bulwer-Lytton? He was an English novelist, poet, playwright, and politician (B: 1873). In his day, he was immensely popular with the reading public and got rich from a steady stream of bestselling novels. He coined the phrases “the great unwashed” “pursuit of the almighty dollar”, “the pen is mightier than the sword,” and the infamous opening line “It was a dark and stormy night.” Here’s his infamous opening in full, by the way:

It was a dark and stormy night; the rain fell in torrents — except at occasional intervals, when it was checked by a violent gust of wind which swept up the streets (for it is in London that our scene lies), rattling along the housetops, and fiercely agitating the scanty flame of the lamps that struggled against the darkness.”

Back to our present winners. The contest has been going on for 33 years now, and as the website states, the rules are “childishly simple.” Just craft a really bad ONE SENTENCE opening line in one of many genres that include crime fiction, romance, fantasy and even kid lit. You’d think that after three decades of cheese, things might start turning stale. Wrongo, brie-breath. This year’s crop of winners is, as Spencer Tracy would say, cherse.

The grand prize winner of the 33rd edition of the Bulwer-Lytton Fiction Contest is Dr. Joel Phillips of West Trenton, New Jersey. According to the contest website, Joel teaches music theory and composition at Westminster Choir College in Princeton, New Jersey. He lives in West Trenton with his wife and their three cats, gardens with gusto, and enjoys listening to his rock-star bassist son’s original songs. He can tell you when René Magritte painted “The Castle of the Pyrenees” but not when someone is off sides in soccer.He also purposefully viewed the film “Ishtar” more than once. Here is his winning entry:

Seeing how the victim’s body, or what remained of it, was wedged between the grill of the Peterbilt 389 and the bumper of the 2008 Cadillac Escalade EXT Officer “Dirk” Dirksen wondered why reporters always used the phrase “sandwiched” to describe such a scene when there was nothing appetizing about it, but still, he thought, they might have a point because some of this would probably end up on the front of his shirt.

I love this contest. Almost as much as I love the Literary Review’s Bad Sex in Fiction Awards. (Sorry, you’ll have to wait until December for me to weigh in on that one). Because you know, you really have to be a good writer to write badly on purpose. It’s like Lucille Ball. In I Love Lucy, she was infamously tone-deaf. But in real life, she was a pretty decent singer.

I sort of understand this. I can’t sing a lick, but for teaching purposes, I often show “before and after” writing examples because it’s easier to see your mistakes if you can see different ways to fix things. The problem is, I will never embarrass another writer in public, so Kelly and I often have to make up “before” examples for our workshops. And you know something? It’s not as easy as you would think.

For example, here is a “before” sample from one of our PowerPoints on the subject of Show Not Tell, that Kelly made up:

She looked at Louis. He was twenty-nine and bi-racial, his father white, his mother black. She knew he had grown up as a foster child and had made peace with his mother toward the end of her life, but that his father had deserted him.

It’s okay, adequate. But here is the “after” version, as it actually appears in one of our books.

She turned toward him. God, she loved his face. Forceful, high-cheekboned, black brows sitting like emphatic accents over his gray eyes, the left one arching into an exclamation mark when he was amused or surprised. And his skin, smooth and buff-colored, a gift from his beautiful black mother whose picture he had once shown her and his white father, whom he had never mentioned.

Here’s another example of bad writing we wrote:

“Hello Joe,” he said. “Long time no see.”
“Yeah, it’s been about two months.”
“That long, eh?”
“Yeah.”
“What you been up to?” he asked.
“I was carving fishing lures, but the then the wife left me and I found myself living alone and eating and drinking too much. Then I met Sally.”
“Oh really?”

The point we were trying to teach here is to not waste dialogue on dumb stuff, that even though we are told that dialogue is the lifeblood of good writing, sometimes, simple narrative is more effective. Here is the “after” version:

He hadn’t seen Joe for two months. He looked terrible, like he had been living on Big Macs and Jim Beam. Talk around the station was that his wife had left him and he was going crazy sitting at home making fish lures.

But enough serious stuff. let’s go back to our contest winners. I’d like to share some of my favorites. You can find the whole list of winners by clicking HERE. Take a bow, good bad writers!

Grand Prize Runner up Grey Harlowe of Salem, OR

“We can’t let the dastards win,” said Piper Bogdonovich to her fellow gardener, Mr. Sidney Beckworth Hammerstein, as she clenched her gloved hands into gnarly fists, “because if I have to endure another year after which my Royal Puffin buttercups come in second place to Marsha Engelstrom’s Fainting Dove Tear Drop peonies, I will find a machine gun and leave my humanity card in the Volvo.”

When the corpse showed up in the swimming pool, her dead bosoms bobbing up and down like twin poached eggs in hollandaise sauce, Randy decided to call the police as soon as he finished taking pictures of his breakfast and posting them on Facebook.

Here’s my personal favorite in the crime fiction category, from E. David Moulton:

The janitor’s body lay just within the door, a small puncture wound below his right ear made with a long thin screwdriver, the kind electricians use and can often be found in the bargain bin at the hardware store and come with a pair of cheap wire cutters that you never use because they won’t cut wire worth a damn and at best will only put a small indent in the wire so you at least bend it back and forth until it breaks.

And because I have never met a bad pun I didn’t love, I will end with my favorite from the Bad Pun Category. God bless you Matthew Pfeifer of Beaman Iowa, you made my day.

Old man Dracula forgot to put his teeth in one night, so had to come home hungry, with a sort of “nothing dentured, nothing veined” look on his face.

Postscript!  I just realized that Friday marked my third anniversary here at TKZ. Time has whizzed by!  So thank you, Kathryn and Joe for inviting me in, thank you to my fellow bloggers for the camaraderie and really thank you to all you crime dogs out there who keep us going and contribute to our conversation.  Even you lurkers. Take it away, Lucy!