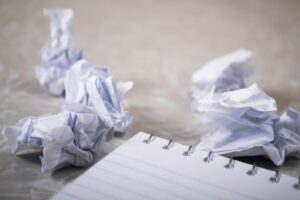 Did you ever say this? “I’m trying to write a short story, but I’m blocked. I’m getting nowhere.”

That happens to every writer. It certainly happens to me. Short stories are hard to write. In some ways, they may be harder to writer than novels. Here are a few tips for when you feel blocked working on your short story:

Here’s another reason why your short story may be blocked: How many characters does it have?
If your short story has more than four major characters – you may — accent on may –have too many. It’s like being in a small room with too many people. You can’t move. 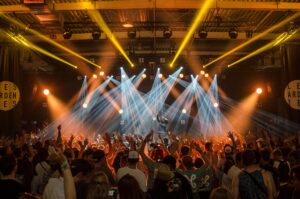 The short story is a small world.
Don’t make work for yourself. Giving all those people something to do is hard labor. Think small. Cut back on your characters.
If your story is going nowhere, consider some pruning. Clear out all the extraneous details, the unnecessary characters, the descriptions of the weather.
If you’re still not sure, read the story out loud. Read it to your spouse, or your dog, or your wall. But tell the story instead of looking at it on the page.
That’s a good way to find out what works – and what doesn’t.
Lawrence Block is a master of the traditional short story.
Let me show you what he does in one paragraph – one – in a short story called “This Crazy Business of Ours.” It’s in Block’s anthology called Enough Rope. If you’re interested in traditional short stories, I recommend this anthology. 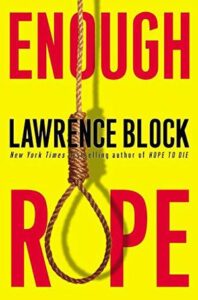 “This Crazy Business of Ours”
The elevator, swift and silent as a garrote, whisked the young man eighteen stories skyward to Wilson Colliard’s penthouse. The doors opened to reveal Colliard himself. He wore a cashmere smoking jacket the color of vintage port. His flannel slacks and broadcloth shirt were a matching oyster white. They could have been chosen to match his hair, which had been expensively barbered in a leonine mane. His eyes, beneath sharply defined white brows, were as blue and as bottomless as the Caribbean, upon the shores of which he had acquired this radiant tan. He wore doeskin slippers upon his small feet and a smile upon his thinnish lips, and in his right hands he held an automatic pistol of German origin, the precise manufacturer and caliber of which need not concern us.

See how Block establishes a character in one paragraph? That is true economy of writing.
Make sure your story is about what it’s about. In a novel, you don’t have to get to the story right away. You have time to develop it. Time to build. Slowly.
In a short story, you have to hit them and run.

This is one of my favorite short story leads. It’s by Maria Lima in the Chesapeake Chapter Sisters in Crime anthology called Chesapeake Crimes I. Here it is: 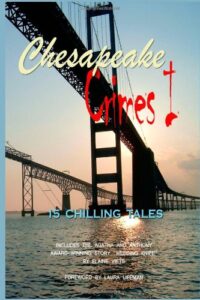 “The telegram said it all: AUNT DEAD. STOP. BUTLER DID IT. STOP. FLY SOONEST. STOP. GERALD.”

That’s short and to the point. The writer has hooked you and she’s ready to move on to the story. 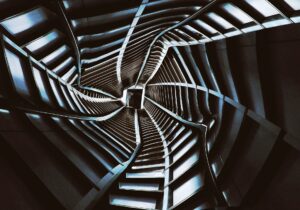 That takes me to the second requirement of a good short story. It needs a twist. It needs a surprise – either in the beginning or the end. But get that surprise in there.
Here’s the lead to my short story, “Red Meat,” which was nominated for an Agatha and a Macavity. It was in Blood on their Hands edited by Lawrence Block, and now in my own anthology, Deal with the Devil and 13 Short Stories.

“Ashley has a body to die for, and I should know. I’m on death row because of her.
“You want to know the funny thing?
“My wife bought me Ashley. For a present.”

There’s your twist – in three sentences.
Maybe your short story has all those things, but so what? It still feels lifeless.
You can’t make it get up and walk. You need something to liven it up. Ask yourself what specialized knowledge you have that could make your short story unique, and then build the story around it.
I was asked to write a short story for a gambling anthology. I panicked. I was going to tell my editors no. I don’t know how to gamble. I don’t play poker or blackjack. What am I doing in a gambling anthology?
Then I realized I did know gambling. My aunts used to take me to bingo. I was brought up Catholic – and I learned how people can cheat at bingo, and especially, how they can cheat at cruise ship bingo. Do you know what the prize is for cruise ship bingo?
Twenty thousand dollars on some cruises. That’s major money. That’s big-time gambling. Bingo! I had a short story. 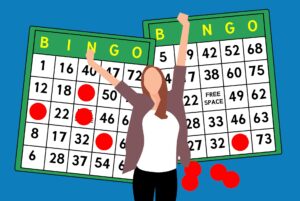 The result was “Sex and Bingo,” which was nominated for an Agatha Award.
At a short story seminar in New York, I heard top editors talk about what made a good short story, what they buy, and what they won’t buy.

Here are some things editors DO NOT want: 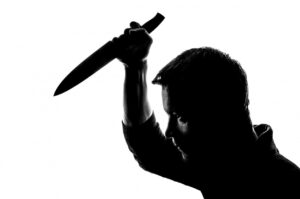 What do they want?
A fresh voice.
An unusual location.
An offbeat character.
An opening that grabs them.
That was the most important part. You have one sentence – maybe two – to catch an editor’s eye with a short story.
Make every word count.
*** 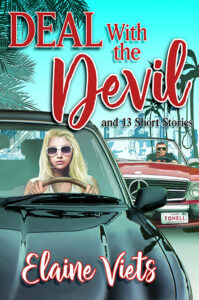 Elaine Viets was nominated for a 2021 International Thriller Award for her short story: “Dog Eat Dog” in The Beat of Black Wings, edited by Josh Pacher. Crippen & Landru has published Elaine’s own collection, Deal with the Devil and 13 Short Stories Stories. Buy it here:  https://www.amazon.com/Deal-Devil-Elaine-Viets/dp/1936363275