Surgery for the Manuscript
Terry Odell 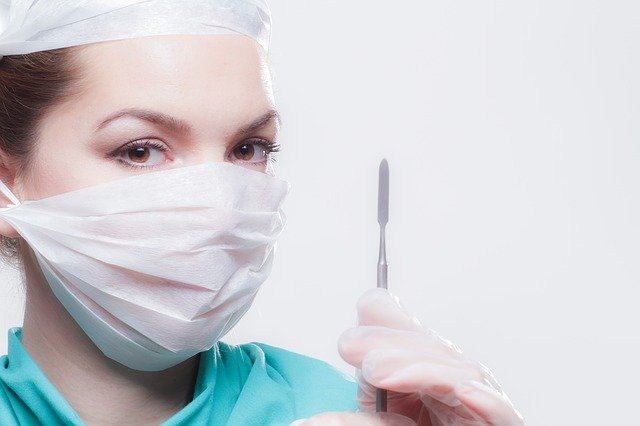 Image by Angelo Esslinger from Pixabay

I hit “The End” on the current WIP, which is really “The Beginning.” James Scott Bell talked about getting rid of mosquitos in his recent post. To continue with his analogy (it was an analogy, wasn’t it?) Sometimes you’re getting rid of angry wasps, and sometimes it’s annoying gnats.

I prefer thinking in surgical terms when I tackle my draft. First, the major medical. The current manuscript came in longer than I wanted. Although I firmly believe that a story should be as long as it needs to be, the operative word is needs, and I check to make sure that every scene pulls its weight and advances the story. I confess that as a non-plotter, I often find things that never got followed up on, or were just fun scenes to write. If they don’t connect to the overall story, they get cut.

These, to me, justify excising ugly fat. If you want more advice from the real experts, Ruth Harris has an excellent summary. Check this out.

Back to cutting plot threads. Should be easy, right? Patient has appendicitis, you cut out the appendix. In the manuscript, you find the threads that don’t need to be there and remove them.

Example: One thread I’d decided wasn’t necessary (even though it created conflict and tension) related to the character finding an earring in the pasture. How did it get there? Who dropped it? Could it belong to the cattle rustler? I set things up by having my hero spot similar earrings on the heroine and asking where she got them which led down a path I decided was no longer needed. I had enough other mystery threads to be solved. The entire scene had to be revised. (And it was at a restaurant, JSB.) If that patient’s appendix burst, the surgeon wants to remove all traces of infection. In the manuscript, I have to make sure I’ve removed all references to this “earring thread.” It showed up in several more chapters, and cutting them leads to more problems.

A tip: Watch your transitions. It’s more than likely the scene before the one you cut led into it. That will have to be adjusted. Likewise the one after it. If you ended the scene with a page-turning cliff hanger, that cliffhanger now sends readers into an abyss with no bottom.

Another example came from removing a simple piece of stage business. My characters love coffee, and they were often (too often?) brewing, pouring, sipping. In the scene in question, the characters were dealing with a suspicious package purportedly delivered by FedEx, and the heroine offered to make coffee while they worked. Yet another coffee-making scene. Didn’t add enough to justify the extra words, so I deleted it:

“There’s time for coffee. Want some?”
Figuring the simple task might take her mind off what she was dealing with, he said yes.
As she went through the process of water, filter, and grounds, he mulled over what had gone on.

But now, since they had coffee, there were more references throughout the scene (and more) that had to go: carrying the mugs upstairs, bringing them down and washing them, leaving the half-empty pot for the house-sitter and … having the hero taste like coffee when they kissed. The kiss was important, but he couldn’t taste like coffee anymore. None of these references went on for more than a sentence—a paragraph at most. Often they were simply action beats. But if you want the patient to recover, you have to make sure there are no sponges or instruments left behind when you close him up.

Deleting a paragraph can create a dominoes effect. Watch what happens right before and after, and smooth out the edges. Critique partners, beta readers, and editors are helpful here, because they haven’t read the manuscript seventy-eleven times.

Moving on to the gnats, or doing the minor and microsurgery.

Words that don’t add anything to the story need to go. They might even add distance, keeping a layer you don’t want between your readers and the characters. Or, there might be awkward bits.

I’ve talked about using SmartEdit before. It’s great for finding those pesky adverbs, repeated words and phrases, and another source of extra words: redundancies.

As with any automated program, you have to review every “suggestion” it makes. These programs don’t write genre fiction. SmartEdit suggests possible redundancies. I’ve run chapters and scenes through Grammarly as well, and find the same problem. Many of their suggestions don’t apply in context. However, they deserve a second look. Fortunately both programs show you where each “offense” occurs, so you can move through the manuscript quickly. Some examples:

I remember my high school Latin teacher complaining about advertising wording. “From its earliest beginnings to its final completion.” Or “Free gift.” He also said “up” is an overused word, which I talked about in an earlier post. I’ll never forget class clown Leon saying, “So what’s the bank robber supposed to say? This is a stick?”

Then there are the clunkers. Sometimes the eye catches them, but having Word (or your program of choice) read the book aloud to you will help you find them.

Example from the current wip: A woman was busy decorating a wooden wall hanging made from pieces of weathered wood.

Listening calls attention to repeated words. Plus, you can hear words that aren’t really repeats, but echoes, such as this passage I discovered:

His mouth dropped. “You’re saying you’re going to wash my clothes?”
She sighed. “Apparently.”
It took several heartbeats for his mouth to close….

Did you spot the ‘clunker’? If not, read it out loud.

OK, TKZers: What are your tips for performing surgery on your manuscript?

42 thoughts on “Surgery for the Manuscript”