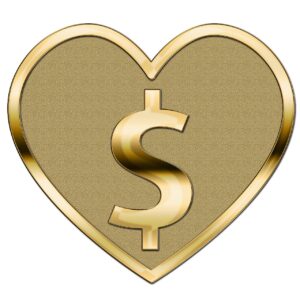 Has anyone ever said to you: “How nice that you enjoy writing. It’s such a wonderful hobby.” 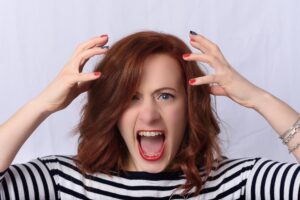 “Writing is not a damn hobby! I just don’t get paid for it!”

Considering the amount of work, study, and time we put into our writing, the term “hobby” sounds insulting. Yet, try to convince the IRS that a new computer and a research trip to Greece are valid expenses to write off if one’s income is a measly three figures.

The tug of war between writing as vocation vs. avocation never ends.

A keynote speaker at a Colorado conference I attended in the 1990s posed a question: If there was no possibility you’d ever be published, would you still write?

Like most of the 400 diehards in the audience, I raised my hand.

An updated version of that question might be: If there was no possibility you’d ever be paid, would you still write?

The answer is still yes.

Way back in the last century, long before Kindle was even a gleam in Bezos’s eye, I decided to become a full-time writer. Aside from a few short stories published in long-ago college literary mags, I had zero experience.

The plight of the unpublished writer is like the job where you need experience in order to be hired, yet how do you get that experience if no one will hire you?

To jumpstart my new career, I gave away articles and short stories. Someday, I hoped, someone would think my writing was good enough to pay me.

The love of writing sustained me for years when I earned exactly zero.

Meanwhile, though, I took classes, joined critique groups, attended conferences, and studied craft books. In other words, I did my homework and paid my dues.

My first sale was a short story to a little literary magazine for the princely sum of $5. At last, I had a published clip!

For years, I kept that check to remind myself never to become too cocky. It also taught me the transitory nature of the writing business. One day, you summit the mountain; the next day, you drown in the gutter of rejection.

During the time when I gave away my work, a full-time travel freelancer named Jacquie spoke to our writing group. She was the consummate pro. She shared how to earn more money by re-purposing the same article for many different markets; how to take photos that sell an article; and how to develop ongoing relationships with editors who called her whenever they needed a story. She made a good enough living from writing that she could afford a lovely riverfront condo and enjoy exotic travel with expenses she deducted on her taxes.

Jacquie also made a point that I had not yet considered at the time. She said when writers give away their work, it undermines the ability of professionals to earn a living.

That made me pause. Now I felt guilty for giving away work because that deprived someone trying to support a family. Yet that’s how most writers must do their apprenticeship.

I finally broke the pay barrier when a journalist friend couldn’t fulfill an assignment and  asked me to cover the story for her. That led to an infrequent but regular paying gig with a prestigious state magazine.

With published clips under my belt, I queried other markets and got to know more editors. Because I always met deadlines and didn’t require major rewrites, soon I was on staff for several periodicals and became a quarterly columnist for a glossy wildlife magazine. Pay ranged from a penny to a dime per word.

Do the math—no riverfront condo.

My all-time best pay came from a little 300-word profile of a jazz pianist named Nina Russell for the AARP Magazine (then called Modern Maturity).

That paid for printing costs and postage to submit my novels to agents and editors. Yes, back in the last century, writers mailed paper manuscripts via the post office.

But… the internet and electronic publishing spelled doom for many print magazines. I used to joke that I’d personally put at least 20 of them out of business but I can’t take all the credit.

The early 2000s saw a sea change in the market from print to electronic format. The advent of Kindle Direct Publishing in 2007 revolutionized the book world.

By 2010, some authors who jumped on board early were making a decent living by self-publishing. One friend remodeled her house with KDP earnings. A few became wealthy.

But the law of supply and demand rules the market. With millions of writers publishing millions of books, articles, blog posts, etc., the market quickly became glutted.

On top of that, why pay for what you can get for free?

Articles and short stories that, back in the 1990s, would have commanded four figures from The Atlantic and The New Yorker are now available for only a mouse click.

More outlets than ever need content but millions more writers are also clamoring to fill those needs, often without pay.

Despite the low market value of writing itself, an entire cottage industry has sprung up to support the self-publishing community with marketing, editing, cover design, book formatting, coaching, etc. Although I don’t have verifiable proof, I firmly believe most authors pay more to these support businesses than readers pay to authors for their books.

Remember the dollar/word I made in 1995? More than a quarter century later, here’s a link to top-paying markets for freelancers. Fifty cents is about the max you can expect today. Some are down to a penny or dime/word, same rates as when I started.

Factor in the disaster of 2020 and writing incomes dropped further. According to the Authors Guild, “…by January [2021], over two thirds [of writers surveyed] had lost a significant portion of their income—almost half of their pre-pandemic incomes on average—due to the loss of freelance journalism work, speaking engagements and teaching jobs, as well as low book sales due to bookstore closures.”

Jacquie the successful travel journalist is no doubt spinning in her grave. The nice living that she once made as a freelancer nowadays translates more accurately to the revenue from your kid’s lemonade stand.

There are more authors with 15-year-old Subarus than chauffeur-driven limos.

I don’t mean to be a Debbie Downer but that’s the reality of the profession we’ve chosen.

Yet…there are other forms of payment.

“Your character totally captured how I felt.”

“I could see the place like I was right there.”

“I’m a crusty old Marine but your story brought tears to my eyes.”

“I’m disabled and don’t get out much. Your books make me forget my troubles for a little while.”

“Your book kept me up all night. I couldn’t put it down.”

How much are the above reader comments worth?

Well, they won’t buy a new laptop or pay for a research trip to Greece.

But there’s something about making that connection with readers that feeds my soul.

This year, I’ve concentrated more on marketing than in the past and book sales are gradually rising. But I’m not ready to sign a contract for a riverfront condo yet.

Meanwhile, I continue to treat writing as a profession, working as hard for unpaid stories as I do for paid ones.

Will I keep writing even though the pay is lousy?

TKZers: Would you keep writing if you never got paid? What’s the best reader comment you’ve ever received?