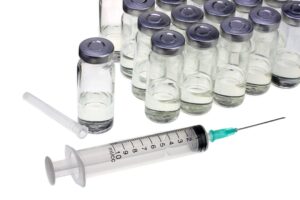 I am posting my first page critique to assist Clare who is in Australia with personal family business. My first critique in 2020, I hope you’ll enjoy THE WILDFIRE PATHOGEN. Very timely with the Coronavirus out of China. Let’s sanitize our hands and read on. My comments will be on the flip side.

Even through six inches of solid acrylic, Conrad Jurek could see the monsters moving inside the box.

They were no more than grainy mists inside individual test tubes. Those mists swirled with each jolt of the plane as it powered through pockets of turbulence. Almost as if the bumpy ride irked them.

Jurek reached into his sage-colored flight suit, pulled out a pen, and began to jot notes on his clipboard. The acrylic box was a four-by-six foot transparent crate mounted on a hardwood dolly. A locking mechanism the size and weight of a manhole cover sat on top. He’d seen the same tamper-proof device protecting the innards of nuclear warheads.

The monsters inside could do far worse than mere firecrackers.

Six tubes hung suspended below the locking device like bullets chambered in a revolver. Each finger-length container held twenty grams of orthohantavirus, a solid mass of viral matter dried into particles as white and delicate as baby powder.

A beefy hand came down on Jurek’s shoulder. He suppressed his instincts and allowed the hand to turn him around. A man wearing a black uniform with the word SECURITY stenciled across the front scowled at him before growling two words.

Jurek held up the clipboard. “I’m supposed to do a load check mid-flight.”

“No one’s supposed to come close to the package.” The guard’s eyes flicked to the name tag at the chest pocket. “If I were you, Corporal Witkowski, I’d leave. Now.”

Two more security men stepped into view on the opposite side of the box. Jurek considered them for a moment. Under his flight jacket, a 9mm Beretta Nano hung snugly in a holster. The weapon was still warm from when he’d shot Witkowski and taken the airman’s uniform off the hanger.

No, he thought to himself. Stick to the plan.

Jurek turned away and went up to the cockpit. He locked the door and took the empty co-pilot’s chair. The pilot glanced over with a raised eyebrow. His uniform’s tag also bore the name of a man murdered in the last two hours.

“Good,” came the reply. “Get your oxygen mask ready.”

With that, Isenhoff reached out and flicked a single switch on the flight panel.

SUMMARY – Great place to start. This time it’s not SNAKES ON A PLANE. It’s monsters in a vial. We are already in the middle of the action with plenty of mystery and intrigue to keep turning the pages. The author sticks with the action without slowing the pace with backstory. There’s time for explanation once the reader is pulled in. At the end of the 3rd paragraph, the author draws the reader in tighter in describing the tamper proof canister and compares it to the protection on a nuclear warhead. Nicely done. And it got my attention when the author described a nuke to “firecrackers” compared to the monsters on the plane.

I also liked that the author had patience to let the reader discover that Jurek committed murder to get on the plane, wearing a dead man’s uniform. At this point, we aren’t sure if Jurek is trying to stop a deadly pathogen attack by hijacking the material from villains or if he plans to steal the deadly virus to commit his own attack. Great set up with plenty of mystery to unravel.

I especially like how the author had Jurek accosted by security and he had to restrain his instincts to fight the man off. He’s got more up his sleeve (a plan) and that’s when we find out that Jurek killed to board the plane. Nice touch, author.

Then a stroke of genius to have Jurek working with the pilot – a doctor presumably familiar with the pathogen – who is also a pilot. Jurek and Dr Isenhoff are in it together. And there’s a hint that there’s a reason Jurek went to check out the dangerous cargo, to determine if he knew how to break into the canister. Something bad is about to happen that involves oxygen masks. At this point, we don’t know who the protagonist is, but we have a great start.

TITLE – I like the reference to “wildfire.” We all know what that could mean in terms of spreading fast and the word “pathogen” is timely and medical. Only the author knows if there are other titles that could establish the critical danger in a better way, but I would be happy taking this title to a publisher. It’s more than a working title, in my opinion.

NIT PICKY – At the start of paragraph 3, I spotted a pet peeve of mine. I like a strong sentence with tight wording. The words “began to” are unnecessary. It would be better to say “…and pulled out a pen to jot notes on his clipboard.”

Jurek reached into his sage-colored flight suit, pulled out a pen, and began to jot notes on his clipboard. 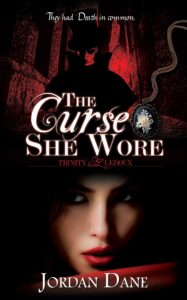 Trespassing on Fate’s turf comes with a price for two broken people–one they will never see coming.