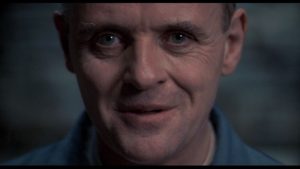 It’s easy to focus on the main protagonists of our stories. Heroes and heroines usually pop up in our heads from the start, but have you ever been taken over by your bad guy or your femme fatale? In my latest series, Mercer’s War with Mr. January book 1, I’m obsessed with Keiko Kayakova. She is the devil personified, a remorseless killer, yet she constantly surprises me with her contradictions and what she truly cares about.

A great character is complicated and it can take time to develop them. Why not explore your antagonist with as much zeal as you would for your protagonists? You need to hear them in your head, maybe especially when they are their nastiest, or if they niggle your ear in the middle of the night. Flesh them out.

Questions to ask about your current work-in-progress:
1. What’s your villain’s back story?
2. Why did they turn out the way they did?
3. What motivates them in the present? What are their goals?
4. Have you explored gender for your antagonist? Would your bad guy be more frightening and unexpected as a woman?
5. Have you given them a chance at redemption in your story? Do they take it?
6. What makes them vulnerable? What are their flaws?
7. Have you created a bad guy or gal’s bible, like you did for your good guys and gals?
8. Does your bad guy/gal have virtues the reader might find it hard to argue against, like an extreme respect for the law or a need to establish order in a society he or she controls for the greater good?
9. Do they have an unexpected hobby?
10. In the vast sea of literary villains, what makes your antagonist stand out?

Villains want top billing and for their name to be first on the marquee. Have you shown them enough R-E-S-P-E-C-T? Even if you’ve already got a first draft, it’s never too late to add depth or bone chilling traits to your characters. A flat character on the page is never satisfying.

Don’t waste good villain potential by making your character a two dimensional cardboard cutout or a mere roadblock to your good guys. Dare to give them humor or a peculiar hobby or a back story that explains their motivation. Develop a conflict between your antagonist and protagonist that is deliciously enticing that makes it harder for the reader to choose sides.

Here are a few tips on how to get started:
1. The best villains are the heroes in their own stories. Make them real and worthy of their own story line. Develop them with the same care and don’t resort to making them obstacles in the way of your main characters. Even if they’re a train wreck, make the reader interested in what drives them or make them so diabolical that the reader will fear more for your good guys. Do they have a journey in your book? If they have a chance at redemption, do they take it? These types of questions can add depth.

2. Dare to make your villain an anti-hero in his or her own story, giving him or her solid motivation to perpetrate their crimes or cover their backsides. If your antagonist and protagonist are both thwarted by the same bad weather, for example, how do they each deal with it? Do their minds work the same? Of course not. Their reactions can shed light on how their mind works. Bend the norm. Think out of the box to surprise the reader, but that plot twist comes from knowing each of them as their creator.

3. Match or counter the skills between your antagonist and your protag. Where one might have an intellect, make the other one have a diabolical brute force that can overpower your hero in confrontations that showcase their strengths. Make them worthy of each other.

4. Escalate the tension between your antagonist and protagonist by making them have a relationship that used to mean something. Imagine your adversary is your own father or someone in a foreign country with the same ideals as you (except they are your enemy). If under normal circumstances, your two characters might be friends, what horrible situation will keep them apart and what makes things worse between them?

5. Give your villain a face. Don’t hide behind a secret organization or an evil entity? The Hunger Games would not be the same without President Snow. Silence of the Lambs would be FBI’s Clarise hunting serial killer Buffalo Bill except for the memorable diversion of Hannibal Lecter, her white knight.

DISCUSSION:
1. Who are some of your most memorable villains from your own work? Tell us how you made them memorable.

2. What literary villains have stood out in your reading and have those books influenced your writing?