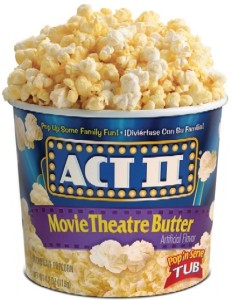 A couple of months ago I released Super Structure: The Key to Unleashing the Power of Story. I’ve received many nice emails and comments about it, but recently two people asked me the same question. And it’s a good one, so I thought it worthy of a full post. Here’s a clip from an email (used by permission):

I’ve often noticed that writing books get a bit too abstract at times about theme, as if it’s something impossible to hold onto or grasp. But you are so clear by making it come across so smoothly in the super structure points. There is something very smooth about your approach. I felt very grounded as I read.

This is a small point that I’ve wanted to ask a teacher for some time because I’ve noticed this situation in other structure layouts: Why is it that Act II, which constitutes at least half of the entire story (actually > 55% if Act I is 20% and Act II is 25%), have relatively fewer super structure points (i.e., Kick in the Shins, The Mirror Moment, Pet the Dog, Doorway of No Return #2). There are 4 in Act II to guide the writer for 55% of the story but 10 to guide the writer for the other 45% (Act I and III combined). And yet we’re often told that the hardest part of writing a novel or screenplay IS Act II. Is it the hardest partly because it’s harder to teach in terms of structure, etc.?

That’s an excellent and insightful question. It does seem counter-intuitive to suggest in a book about structural signposts that the least number of them occur in longest section of the novel.

But, in point of fact, this is exactly how it must be.

First of all, what is Act II all about? It’s about the Lead’s confrontation with Death. Death can come in three guises: physical, professional, or psychological. That’s what makes the stakes high enough for the reader to care about what’s going on.

Act I prepares us for this death struggle. To get readers to care about what happens, we have to bond them with a Lead character, show something of the ordinary world, have hints of trouble to come … and then we have to find a way to force the Lead through that Doorway of No Return. Why force? Because no one wants to confront Death unless they have to! (Or unless their name is Evel Knievel.)

That’s why there are several important structural beats in Act I.

Okay, now the Lead is in the dark forest. To survive and get back to the castle, she’ll have 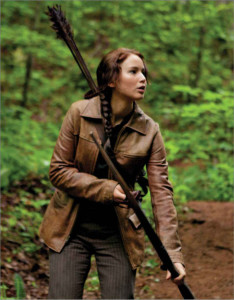 to defeat the forces arrayed against her. If you want a perfect illustration of this, think of The Hunger Games. Katniss Everdeen is taken from her ordinary world and thrust into a contest to the death, in an arena filled with obstacles and opponents.

1. There are innumerable actions the Lead can take to gain her objective, to survive, and to ultimately defeat the opponent.

Standing at the edge of that dark forest, the Lead might: go left, go right, go straight ahead, follow a sound, run from a sound, climb a tree, make a weapon, start a fire, form an alliance, fight off a monster—whatever it is, you, the author, get to choose.

2. Each subsequent action will, in some way, be a reaction to what’s just happened.

If the Lead breaks her leg, she won’t be running in the next scene. If her love interest decides to walk out on her, she won’t be singing a happy tune.

You may also find that a character refuses to do what you want. In one novel I tried to get a wife to go away to her sister’s house, but she would not do it. I’d planned for her to go, I tried to push her out the door, but no soap. So I had to readjust, and in this case the character was right!

In short, a more “open” Act II enables us to respond to the story as it takes shape.

Further, you don’t need as many signposts because your scenes should have an organic logic to them. Act II is largely made up of the Lead’s battle plans. We know what the objective is: defeat death! In The Hunger Games it’s physical death; in The Catcher in the Rye, it’s psychological death; in The Verdict, it’s professional death.

So the Lead, in Act II, takes an action to gain a foothold in this battle. And suffers a setback.  Now what?

She forms a new plan, takes a new step, reacting to and learning from the last one.

In this way you have a natural, logical, clear and compelling “plot generator.” You don’t need as many signposts to do that.

If you ever feel “lost” in Act II, just go back and check a few things:

• Are the stakes death?

• Is the Opponent stronger than the Lead?

• Is your Lead using strength of will to push forward?

• Is there an easier way for your Lead to solve the problem? (If so, figure out how to eliminate that possibility)

Then brainstorm a few questions:

• How can things get worse for the Lead?

• What’s the worst thing that could happen to the Lead?

• Can a new character come in to complicate matters even more?

• What are the enemies of the Lead doing “off screen”? That is, what actions are they taking while the reader is reading the current scene? (This is a great way to come up with plot complications.)

Soon enough, you’ll be back on track with plenty of ideas for organic scenes, rising and falling action, throughout Act II.

Then, at some point, you have to get the Lead through another doorway, into Act III, where the final battle takes place. There are more signposts in Act III to guide you through this section. That’s because you can’t dilly dally. You’ve got the Lead going over a waterfall. You’ve got to get him to safety, fast.  The Act III signposts have a shorter space between them, which is exactly what you need.

I think it was Isaac Asimov who said that he knows the beginning and the ending of his novels, but then has the “fun” of finding out how to get from the one to the other.

So go go have some fun.

And tell us how you approach Act II in your own novel writing. What challenges do you find? How do you address them?