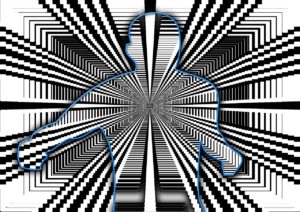 The subconscious is the writer’s superpower. Ideas, imagination, and inspiration live in that vast reservoir.

The goal is to open a channel between the conscious mind and the subconscious to allow free flow between them.

Like a physical muscle, the subconscious is a mental muscle that can be made stronger with exercise. Many writers don’t use it enough because they don’t understand its value or don’t know how to tap into its depths. 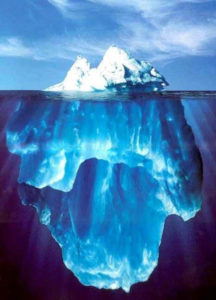 The mind is often compared to an iceberg—only a small part shows as “conscious” while the unseen majority is “subconscious.”

What is the subconscious? Novelist/writing instructor Dennis Foley reduces the definition to a simple, beautiful simile:

The subconscious is like a little seven-year-old girl who brings you gifts.

Unfortunately, our conscious mind is usually too busy to figure out the value of these odd thoughts and dismisses them as inconsequential, even nonsensical.

The risk is, if you ignore the little girl’s gifts, pretty soon she stops bringing them and you lose touch with a vital link to your writer’s imagination. But if you encourage her to bring more gifts, she’s happy to oblige.

Sometimes the little girl delivers the elusive perfect phrase you’ve been searching for or that exhilarating plot twist that turns your story on its head.

At those times, she’s often dubbed “the muse.”

The trick is how to consistently turn random thoughts into gifts from a muse. Here are eight tips:

Training the subconscious to produce inspiration on demand is like housetraining a puppy.

At first, it pees at unpredictable times and places. You grab it and rush outside. When it does its business on the grass instead of expensive carpet, you offer lots of praise. Soon it learns there is a better time and place to let loose.

Keep reinforcing that lesson and your subconscious will scratch at the back door when it wants to get out.

#2 – Pay attention to daydreams, wild hare ideas, and jolts of intuition. Chances are your subconscious shot them out for a reason, even if that reason isn’t immediately obvious.

Say you’re struggling over how to write a surprise revelation in a scene. Two days ago, you remembered crazy Aunt Gretchen, whom you hadn’t thought about in years. Then you realize if a character like her walks into the scene, she’s the perfect vehicle to deliver the surprise.

#3 – Expect the subconscious to have lousy timing.

That brilliant flash of inspiration often hits at the most inconvenient moment. In the middle of a job interview. In the shower. Or while your toddler is having a meltdown at Winn-Dixie.

Finish the task at hand but ask your subconscious to send you a reminder later. As soon as possible, write down that brilliant flash before you forget it.

Some authors claim to have dreamed multi-book sagas covering five generations of characters. Lucky them. My subconscious doesn’t work that hard.

Start by asking it to solve little problems.

As you’re going to bed, think about a character you’re having trouble bringing to life. Miriam seems flat and hollow but, for some reason you can’t explain, she hates the mustache on her new lover, Jack. Ask your subconscious: “Why?”

When you wake up, you realize Jack’s mustache looks just like her uncle’s did…when he molested Miriam at age five.

Until that moment, you didn’t even know Miriam had survived abuse…but your subconscious knew. That’s why it dropped the hint about her dislike for the mustache. She becomes a deeper character with secrets and hidden motives you can use to complicate her relationship with Jack.

This tip takes practice because suggestions from the subconscious are often oblique and challenging to interpret.

You want to write a scene where a detective questions a suspect to pin down his whereabouts at the time of a crime. You ponder that as you drift off to sleep. The next morning, “lemon chicken” comes to mind.

But you start typing and pretty soon the scene flows out like this:

“That’s my favorite place. Their lemon chicken is to die for.”

[Fred relaxes] “But not when it gets soggy. I only like it when the coating is still crispy.”

“Detective, would you believe last night I waited forty-five minutes for the kitchen to bring out a fresh batch?”

“Wow, Fred, you’re a patient man. About what time was that?”

“So you must have been there when that dude got killed out in the alley.”

[Fred fidgets and licks his lips] “Um, yeah, but I didn’t see anything. I had nothing to do with him getting stabbed.”

“Oh really? Funny thing is, nobody knows he got stabbed…except the killer.”

Lemon chicken directed you to an effective line of questioning to solve the crime.

You’re writing a story about a woman, Susan, searching for her dead grandmother’s missing diamond. In the description of Granny’s garden, an empty snail shell appears. Seems kind of silly but it’s first draft so you leave in the detail. You can always cut it later.

In the second draft, you realize, when Susan was little, she and Granny used to collect snail shells.

Now Susan goes outside and picks up that empty shell you’d left earlier in the garden. The diamond falls out.

Before she died, Granny hid the diamond where only her beloved granddaughter would think to search because of her long-ago interest in snail shells.

Like the mustache mentioned earlier, you didn’t know the story needed that detail but your subconscious did. It planted the seed, sat back, and waited for you to recognize it.

In my WIP (working title: Eyes in the Sky), an unseen mastermind is pulling strings to cause harm to the main characters. At page 100, that antagonist is revealed to the reader but remains unknown to the protagonists.

A beta reader suggested keeping his identity secret until even later to increase suspense. It was a great point but would require major rewriting.

For several weeks, I pondered the problem both consciously and subconsciously.

At last, my muse offered a different solution. The mastermind is still identified at page 100. But now suspicion additionally falls on a minor player. That secondary character has an even more compelling motive to harm the protagonists. I simply hadn’t recognized it until my subconscious brought it to my attention.

Rather than withholding the identity longer, instead I beefed up the additional suspect to make the reader wonder which antagonist is the ultimate villain.

Whenever a story gets caught in a corner, I go for a walk. I stretch out stiff muscles, breathe fresh air, and let my mind wander.

Before long, the solution pops up from my subconscious and I rush back to the keyboard.

Walking is my trigger activity. It works. Every. Single. Time.

That’s because, for years, I’ve conditioned my subconscious. Like a bell at a factory that signals the start of the shift, a walk signals my subconscious that it’s time to go to work.

Through experimentation, you can find a trigger activity that opens the channel between your conscious and your subconscious. It might be listening to music, reading, playing basketball, meditation, skydiving—what you do doesn’t matter, as long as it works for you.

Once you find your best trigger, use it whenever you need your subconscious to produce. The more often you use it, the stronger the reinforcement between the activity and the results. 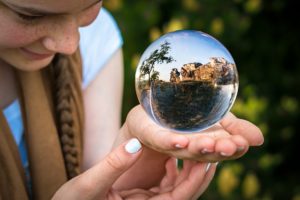 That little seven-year-old girl wants to please you. She is happy to bring gifts as long as you keep encouraging her.

When the channel between the conscious and subconscious flows freely, the deep well of imagination bubbles up.

Your writing will show the difference.

TKZers, do you have favorite tips to access your subconscious?

Post script: recently Joe Hartlaub blogged about improving creativity by writing with a font called “Comic Sans.” Sounded pretty woo-woo but I always trust Joe’s advice so I tried it while drafting this post. It works. Thanks, Joe! 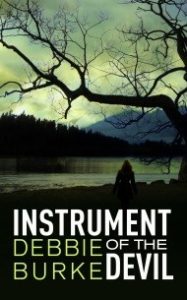 Debbie Burke is still trying to figure out the hidden meaning in the latest five-star review for her thriller Instrument of the Devil :

“Very easy to apply. Great instructions…Product works great just like the expensive ones you buy at the store.”