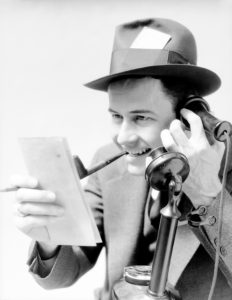 Today we welcome back to TKZ our friend and fellow ITW member, author Lisa Black. Enjoy!

Who hasn’t wanted to be a newspaper reporter at some point in their life? Chasing a big story, elbowing your way up to shady corporations, reluctant witnesses, crusading leaders? Living on coffee and take-out, your only uniform a pair of jeans and a worn leather jacket, with the ever-present notebook and pen in hand? Comforting the afflicted and afflicting the comfortable?
At least that used to sound glamorous to me. Now it just sounds exhausting.
But I still love newspapers. Reading the day’s edition, delivered to a box at the end of my driveway, over a cup of tea is my favorite part of the day. So when I decided to set the second Gardiner and Renner book around a large city newspaper, I knew it was the right decision.
I did a ton of research, but one book that was more fun than work is titled Gimme Rewrite, Sweetheart…. It is a compilation of memories of reporters for the two major Cleveland, Ohio newspapers from when Cleveland still had two papers. Like most cities it now has one and that one only provides home print delivery four days per week.
Reporters in a bygone era could be assigned to the police beat, and their schedule became dictated by the police radio which sat on a shelf for constant monitoring. Fires, traffic accidents, helpful dispatchers warning officers that they might need noseplugs for a week-old welfare check gave the reporters a quick summary of what the story might be. But of course they couldn’t really know until they got there.
Some other tidbits of information from this book:
You may wonder why stories are ‘buried’ near the obituaries. Editors have no way to know how many people will die on any particular day so they leave a little room open near the obituaries. Late-breaking stories are placed there because there is space, not because of any editorial decision.
A reporter got on the good side of some mobsters at their trial by stealing 20-30 year old photos of them from the newspaper’s archives. Giving each a photo and saying, “Look, this is you when you were, like, 22,” made him their new buddy and got them chatting.
Back in the heady days of large staffs, each paper had specialized writers. There were religion writers, aviation writers, medicine writers. At one point both papers had dog writers.
Game-changing stories don’t always have to be herculean, dramatic efforts. One reporter, with help from the hospital’s employees, simply wandered around a hellish psychiatric ward for a day. When the state governor read the story, he strengthened state regulations to improve conditions. Another reporter wrote a story on Savings & Loans soaking home buyer on fees (one of the practices which would cause the entire economy to crash in 2008) and wound up taking on the inimical Freddie Mac. But the local Congresswoman happened to be on the House Banking Committee and Freddie Mac happened to be asking the Committee to do an IPO. Freddie Mac wound up having to make information public and belatedly enforce its own rules.
Or smaller stories—a car dealership beloved in the area for its corny TV commercials ran a contest where they awarded a car to a worthy person. The college girl winner had a father recently disabled from a heart attack, but the car she won got two flats on the way home and the exhaust system fell off. A reporter wrote the truth. Luckily for the reporter the dealership didn’t advertise in the paper, so the paper ran the story anyway—the dealership sued, but the reporter won the lawsuit. The truth, it seemed, was still a valid defense.
Some things don’t change. 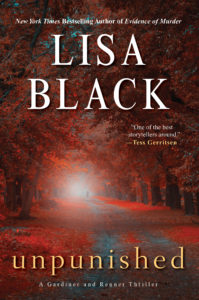 It begins with the kind of bizarre death that makes headlines—literally. A copy editor at the Cleveland Herald is found hanging above the grinding wheels of the newspaper assembly line. Forensic investigator Maggie Gardiner has her suspicions about this apparent suicide inside the tsunami of tensions that is the news industry today—and when the evidence suggests murder, Maggie has no choice but to place her trust in the one person she doesn’t trust at all….
Jack Renner is a killer with a conscience, a vigilante with his own code of honor. He has only one problem: Maggie knows his secret. She insists he enforce the law, not subvert it. But when more newspaper employees are slain, Jack may be the only person who can help Maggie unmask the killer–even if Jack is still checking names off his own private list.

Today I welcome back to TKZ my friend and fellow ITW member, Lisa Black. I’ve asked Lisa to share her writing techniques with us. Enjoy! – Joe Moore 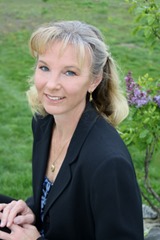 I don’t know why we never get tired of hearing about another author’s writing habits, whether we’re looking for that one trick that will make our lives so much easier, or if it’s the voyeuristic thrill of seeing how someone else washes their dishes or packs their suitcase (“You do what? Seriously?”)

At any rate, here is mine:

I am a plotter, not a pantser, so before I start writing at all I have to know how the book begins, how it ends, and the major incidents which will take place. These points begin as amorphous thoughts rattling around in my skull for a day or a few years or a lifetime. I write a series, thus my character tends to be the same—a female forensic scientist in Cleveland, Ohio—so the rest of the book might stem from a new character, a puzzle, an incident or, in one case, simply a snarky comment I wanted my character to make. Most often I start with a building, something visual and brooding and a little intimidating—a skyscraper under construction, a wind-swept observation deck, the opulent and historic Federal Reserve building.

Then a theme: what am I going to be talking about? What new world is my character going to explore? I’ll research, looking for ideas, and come up with things I want to have happen. Then I have to think of links that tie those things together, what carries my character from one to the next.

Eventually I’ll have enough for an outline. It won’t look like an outline, more like a freestyle poem.

And penciled in between the second and third line will be scribbled addendums such as “oh wait, this happens too.”

Then I’m ready to start writing.

I have always been obsessed with word count, so I set a daily goal—whatever works for you, whether it’s 100 words or 3,000. You’ll feel a sense of accomplishment each day without overtaxing yourself. I’ve done 1,000 words/day, 2,000 words/day 5 days/week, lately I’ve been doing 1000 words/day on the days I work and 2,000 words/day on the days I don’t. I used to write the total down every day so I knew how far I had to write the next day, but for the past few books I’ve made it easy on myself and kept it at a round number. If I write extra on one day, that’s a few less words I have to write on the next. I don’t rewrite until I’m completely done, except for minor fixes or things that I’m afraid I won’t remember if I don’t do them right away. Then I keep going until I have a full length completed first draft, minus vacations and major holidays…I’m not a total slave driver.

(I never take writing on vacation with me. I won’t want to do it, won’t do it, and then feel guilty all week because I’m not doing it. If I don’t take it along, conflict resolved.)

A schedule may not work for you, but unless your system totally rebels, I strongly suggest it. The most important factor is that writing becomes, like death, taxes and aerobics class, not optional. There are authors who write when inspiration strikes, who will then hole themselves up in their room and write for 16 hour days, but they seem to be the minority.

Since I started out writing at (she whispered) work, I’m not fussy about where or when I write. I prefer to write at home when my husband is at work and the house is quiet, but the disadvantage to writing at home is that there are so many opportunities for procrastination—laundry, bill paying, the newspaper, chocolate…. Sometimes it’s better to have laptop and will travel. I have written in restaurants, witness waiting rooms at the courthouse, next to a sleeping hospice patient while the caregiver gets a few hours off, and, of course (she whispered) at work.

When I finish the first draft, I take myself out to lunch and take a few days off before starting the second draft. According to industry wisdom I should put it in a drawer for six months and then rewrite, but who has that kind of time? When that is done I’ll send it to my sisters to read, and then do a third draft before sending it to my agent and biting my nails lest she say “This stinks. Throw it out and write something else.” Which has happened. 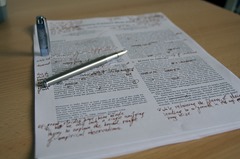 By this point I’m sick to death of the thing and never want to see it again, but have to deal with whatever changes my agent suggests, and then, when I’m really sick of it and provided she doesn’t say ‘throw it out’, I go through the same kind of round with my editor.

When I’m not writing a book, I don’t write—other than personal letters, which I send out constantly and obsessively (my friends and relatives know much more about the minutia of my life than they care to). I don’t write short stories or blog posts or novellas. I wish I did, but my brain just doesn’t work like that. At this moment I haven’t written a thing in nine months and it’s starting to freak me out.

That’s my system. It seems to work for me. If it sounds great to you feel free to adopt it. If it sounds bizarre than keep doing whatever you’re doing. There are as many different writing styles as there are writers.

And that’s a good thing. 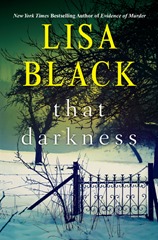