As you read this, I was supposed to be somewhere in Antarctica. However, the best laid plans … (Details at the end of this post, if you’re interested.) I’m delighted that Joe Hartlaub had agreed to cover one of my scheduled posts, and I’m not going to cdeprive you of his words of wisdom simply because I’m in town. I hope the arm I twisted to get him to appear has healed by now. To regulars here at TKZ, he needs no introduction. Joe, the stage is yours. 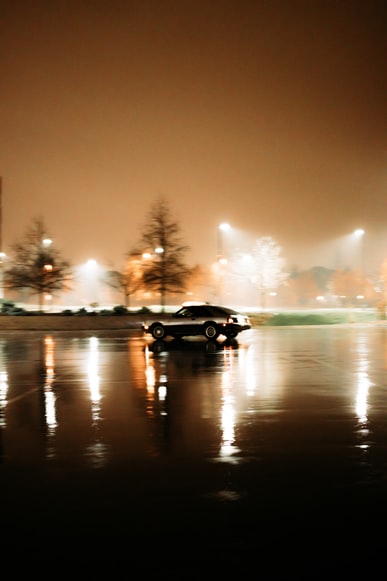 Good day. I am, thanks to Terry Odell, momentarily back on the side of the TKZ equation that I inhabited for quite some time. Terry graciously asked me to perform the nigh-impossible task of filling in for her .

I am writing this during the early days of 2022. My practice when I transition from the end of one year to the beginning of another is to take stock of myself by deciding what the best thing was that I did during the preceding year. It is a subjective call, of course. Sometimes it takes me a while to suss it out, and not always because there are a plethora of choices. 2021 was different.

I have for several years told S., my granddaughter, that if she ever found herself in a bad situation and could not reach her father she should call me 24/7/365. I promised her that I would either do a “one riot, one Ranger” act or send the cavalry if I could not come myself. She called me in 2021, a few minutes after midnight on Sunday, September 12. She had gone to Cincinnati with the family of one of her girlfriends. I won’t go into great detail other than to say that what was supposed to have been a fun weekend at a Dead & Company concert and a night at a downtown hotel went FUBAR. S. instead found herself sitting in a van on a concert facility parking lot after midnight in a city she had never previously been to, about two hours away from home. Her dad was working and couldn’t be reached. She accordingly called me.

I was backing out of my driveway a few minutes after receiving her call. I hadn’t gone to bed after having been up since 5 AM the previous morning taking happy birthday calls and answering good wishes. A quiet internal voice of self-doubt asked me if, having just turned age 70, I was up to the task.    It had been quite a long time — years, decades actually — since I had been pulled an all-nighter for any reason. Another internal voice —this one much louder — quickly reminded me of some wisdom imparted by Brother John Gilstrap in this space several years ago: when failure is not an option, success is guaranteed. The voice of self-doubt slipped away, though it still muttered in the background for a few miles.

A number of scenarios of the “if this, then that/Plan B” sort kept skipping across my imagination as I drove south on I-71. Staying awake and attentive was accordingly not a problem. Keeping to the speed limit was, but I forced myself to utilize cruise control. Traffic on the interstate was almost non-existent and there was little to distract me otherwise.

I arrived at a parking lot at the outskirts of the Queen City — just a few miles from the house where my father was raised in Covington, Kentucky  — two hours and an eternity later.  S., looking all of fourteen going on twenty-seven, was standing under a light looking a bit stunned but okay. I got out of my car and we looked at each other for a moment. I don’t think that anyone in my entire life had ever been happier to see me. I embraced her as she sobbed and said, “You came.” “Of course,”  I said. “I promised I would.” The individual responsible for the situation was standing nearby, wisely out of arms-length. He looked surprised as well. I think he was under the impression that I wasn’t coming.  I learned then that I had finally reached the age where wisdom had taken hold, a new trick for an old dog. Twenty or even ten years ago I might have administered some swift and rough justice. The present me simply glared at him as I held the car door for my granddaughter. A couple of minutes later I started to retrace the trip I had just made, leaving the instigator standing in the lot like the lost soul that he was and is. 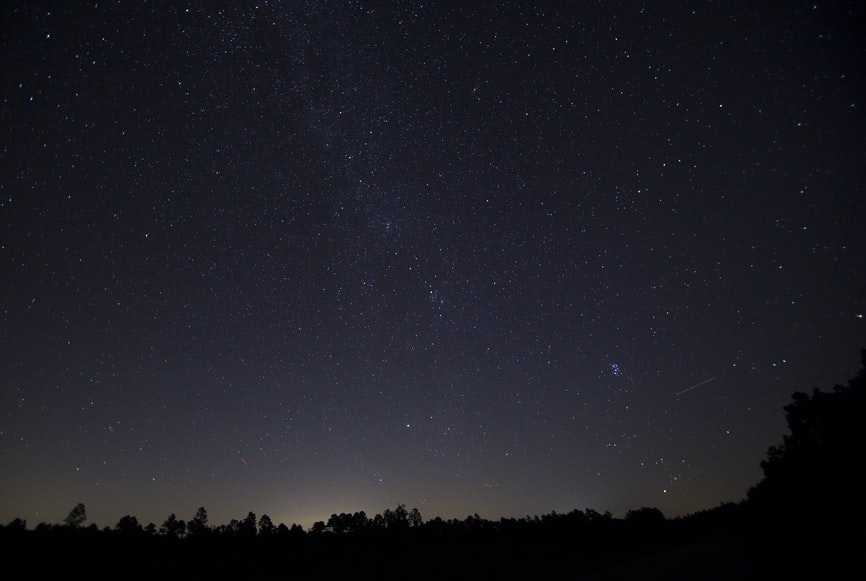 Ohio is almost entirely rural for eighty miles or so between Kings Island Amusement Park north of Cincinnati and the lights of the warehouses and auto malls in suburban south Columbus. We were blessed with a dark but clear night. A sprinkling of stars lit the way through what looked like an endless tunnel. S., a city kid, had never seen a sky tableau that black. I alternated between pointing out some constellations and listening as she told me everything that had happened and what had led to her calling me. It was frightening for her, but the worst of it was some emotional damage inflicted by an adult she had trusted. Her account of the night was soundtracked by Alice in Chains, The Police, Nirvana, and a bit of Slipknot as we repeatedly passed and were passed by a three-car convoy, the drivers eyeing us suspiciously each time we went by each other in the very early morning as the pitch-colored sky ahead became lighter by minute degrees.

I asked S. as we approached the lights of Columbus if she were hungry. “Yes,” she said, “but I can wait until we get home.” 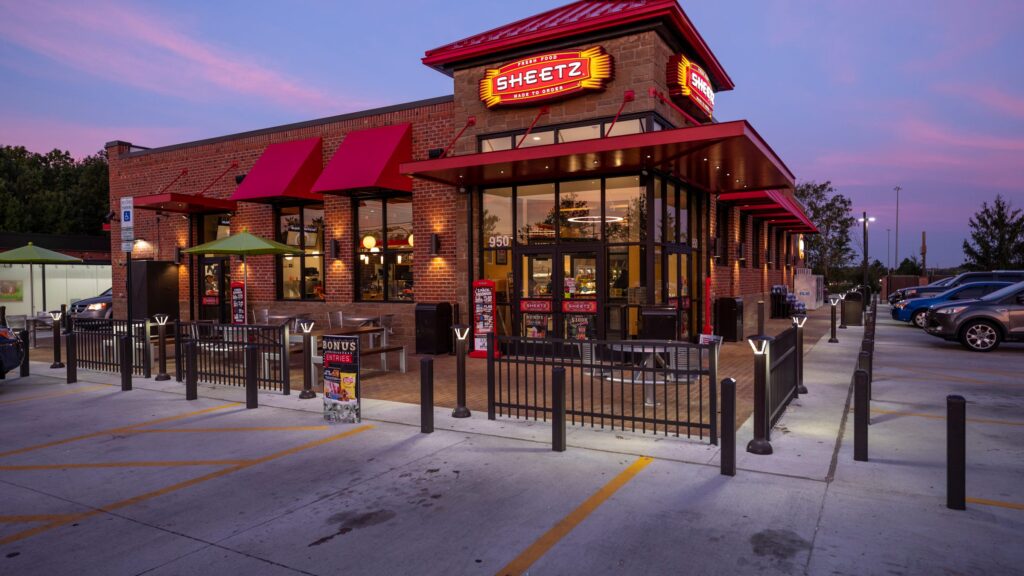 I let a beat go by. “Sheetz (a chain of fast-food restaurants disguised as gas stations) is open.”

“It IS?!” she said. Her excitement was a good sign. We drove to the one closest to my home and spent a half-hour inside before exiting with a large bag full of goodies, none of which will ever be found on a list approved by WW. Sheetz, let it be known, makes everything better. By the time we got home around 6 AM, everything was either good or getting there.

So. I had the opportunity to keep a promise and kept it while stopping a bad situation from possibly coming much worse, perhaps irrevocably so. I was able to exercise good judgment and made a nodding acquaintance with its cousin restraint. S.  learned several lessons, chief among them being that there are people in her life (in addition to her father) who will keep their promises to her, just as she needs to be dependable and keep her own promises to herself and others. She also received a couple of instructions in astronomy. I learned for my part that a promise kept to a loved one is not an obligation, a duty, or a requirement. It’s a privilege. An act of love may not make up for a legion of sins committed over the course of a lifetime but the multitude it covers will make a dent.

Lessons here? Sure. Show up every day, every minute. When you make a promise to write and you don’t do it you are letting yourself down, not to mention whoever would have benefited in however many ways by reading your efforts. You’re never too old to start until it’s too late. It’s not too late today.

Thank you for reading this far and not turning away when you realized that Terry would be absent. In the meanwhile…what is the best thing that you did in 2021 that you care to share?

Why is Terry in Colorado, not Antarctica? Read it here. 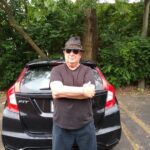 Joe Hartlaub is a contributor emeritus to The Kill Zone. He is an attorney, author, actor, consultant, and raconteur with over forty years of experience in causing and solving problems. Joe lives in Westerville, Ohio, where he rattles with purpose around his house.