I’ve written often in this space about my admiration for the pulp writers of old. As I was learning the craft myself, I often turned to these writers for inspiration. Not just for their stories, but their practices as well. I found they did three things above all—they were productive, persistent and professional.

The first mark of the successful pulp writer was productivity. They wrote. They wrote a lot. And they usually wrote on manual typewriters, several of them producing up to a million or more words a year. 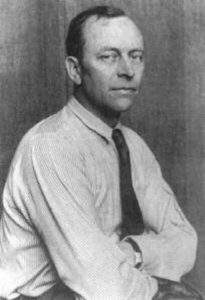 Indeed, perhaps the most prolific author of all time, Frederick Faust (better known by his pen name Max Brand) wrote 4,000 words a day every day for about thirty years. How on earth did he do it? Especially since he drank whiskey all day and then, when finished with his fourteen pages, settled down to his serious drinking? (I do not recommend this method.)

Pulp writers had to be productive. They had to put food on the table, especially during the Depression. They were often being paid a penny a word. (Erle Stanley Gardner figured out that if he used a character’s full name in dialogue attributions, it was an extra penny. Thus, you’ll see his Perry Mason stories filled with: “Come in,” Perry Mason said. “Hello,” said Paul Drake. “Shall I stay?” asked Della Street.) 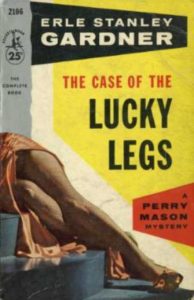 Be productive. Set a weekly quota of words. What can you comfortably do? Up that by 10% and keep track of your daily output on a spreadsheet. Review and adjust your quota every year.

“The most critical thing a writer does,” said the late Robert B. Parker, “is produce.”

In the pulp days, if you wanted to break into a market, you had to overcome hundreds of rejection slips. In the 30s and 40s, the golden age of pulp, most magazines had headquarters in New York. Many a writer moved to the Big Apple so they could walk around and knock on doors and meet editors personally.

While they waited for a break, they continued to write and cop “hobo soup” at the automat. (That’s where you’d get a cup of hot water and dump in a healthy dose of ketchup, salt & pepper, and stir, then crumble in saltines—all these ingredients were free.)

Now, with digital self-publishing a viable option, you don’t have to wait to be published. But in most cases you’ll have to wait to make significant headway in the market. How long will it take before you start seeing more than coffee money come your way? That all depends on how productive you are (see above) and if you operate like a professional (see below).

The pulp writers approached writing as a job. They had to. They didn’t have time to sit around cafés gabbing endlessly about theories of literature. So they studied the markets, figured out what worked in those markets, and learned how to make their own writing better.

You can do the same. Study markets, expand your craft, and keep writing and adding your own spices.

When pulp writers sent in a manuscript, they made sure it was typed cleanly. When they talked to an editor, they made sure they spoke cleanly, for burning bridges was a fast route to the soup kitchen.

They had egos, sure, but they kept them in check because publishing is a small world. On occasion they’d push back on an editor messing with one of their stories, but they tried to keep it respectful. It was a good thing Twitter did not exist in the 1930s.

Professionalism still matters. Even if you self-publish, readers will pick up a vibe about you, stretching from the design of the books themselves all the way through your social media footprint.

So be wise about your profile, remembering what Erle Stanley Gardner said: “I serve the reading public.”

So should you. Which is why I’m happy to announce a new book, one I’ve wanted to do for a long time. It’s designed to teach the secrets of the great pulp writers, everything from how to be more prolific to the best plotting methods to my exclusive Start-a-Plot Machine. 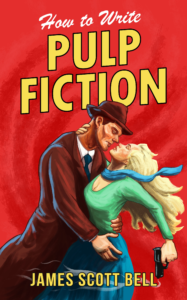 HOW TO WRITE PULP FICTION is available now. Here’s where you can get it:

A final word on pulp fiction. A certain class of literati has sniffed at its very existence. I even read one jeremiad that claimed commercial fiction writers have “sold their souls” to the “devil” of profitability, and how can they even look at themselves in the mirror?

Well, I continue to shave in the morning and my mirror is clean, and I delight in what a successful pulp writer named William Wallace Cook (writing under the pen name John Milton Edwards) wrote over 100 years ago:

The tale that moves breathlessly but logically, that is built incident upon incident to a telling climax with the frankly avowed purpose to entertain, that has no questionable leanings or immoral affiliations—such a tale speeds innocently an idle hour, diverts pleasantly the harassed mind, freshens our zeal for the duties of life, and occasionally leaves us with higher ideals.

An honorable goal, I would say.

So, TKZers, how are you stacking up on the three Ps—productivity, persistence, professionalism?