I’m thrilled to host Adam Croft as a guest on the Kill Zone. Adam is one of the leading indie authors in today’s crime thriller market. He’s sold over two million books in the past few years and several times he’s held the #1 Best Seller spot on all of Amazon—ahead of names like JK Rowling, James Patterson, and the King (Stephen King, that is.)

I’m also proud to say (brag) that Adam and I have been friends since 2014. That was before Adam Croft was famous and when I still had hair. We’ve cross-blogged, shared personal emails, had some laughs, and he’s been a highly-influential mentor on my writing and publishing journey through his leadership in The Indie Author Mindset.

But, enough of what’s in it for me. Here’s what Adam Croft has to say about why readers love crime thrillers.

Human beings are fascinated by death and reading crime thrillers. As morbid and unsavory as that sounds, it’s a good job they are as otherwise I wouldn’t be here writing this article and you wouldn’t be reading it.

If we did not have a fascination with death, one of the world’s most popular and enduring fiction genres would not exist and I’d be out of a job. So I’m pretty pleased that we do. But, what has caused us to be hardwired to think in this way? What makes death and murder in particular so fascinating to us?

Fascination goes hand in hand with intrigue, and it is to intrigue that we must turn first. Naturally, human beings are intrigued by why someone would want to kill another human being. To most of us, committing a murder is unthinkable.

Of course, we’ve all known people that we’d love to kill, but actually contemplating doing it is something entirely different. This intrigue surrounding those who do, then, is entirely natural. It’s one of society’s final taboos, and we are naturally intrigued by the ways in which people murder each other. 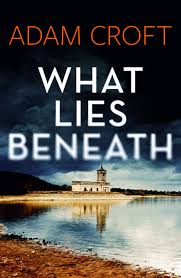 There’s also a sense of needing to understand, which is what compels our sense of intrigue. Naturally and evolutionarily, we feel the need to understand the situation of murder in order to protect our species and prevent or predict future occurrences. It would be fair to say that this is an in-built, animalistic sense, which puts our fascination at a level much deeper than sheer intrigue.

However, this would be a little too simplistic. Why, then, do real-life murders not fascinate us as much as they did in Victorian times, when newspaper circulation figures would regularly treble off the back of a good murder?

Nowadays, we’re far more satisfied to get our dose of death through fiction like crime thrillers. We know fiction isn’t real, so the purely evolutionary theories go out of the window at this point. In my opinion, it’s the complexity and make-up of the murder mystery or crime thriller novel which provides the fascination here.

The truth is that most real-life murder is actually incredibly pedestrian. There’s a fight and someone dies. A jealous husband murders his ex-wife. There’s a gangland killing. No particular element of mystery comes into play with any of these situations, which leads me to posit that our fascination with murder is no longer rooted in our desire to protect our species but instead with the logic of the puzzle and the mystery surrounding a well-constructed crime thriller novel.

The longevity of the mystery/crime novel is rooted in its complexity and infinitely changing forms. The number of ways in which a crime is committed, and the reasons for someone wanting to commit it, is what keeps crime thriller novelists like me in a job.

A clever and sophisticated plot is what readers crave, and it’s the reason why Agatha Christie is the best-selling author of all time. Her proficiency for developing the twists and turns and ingenious plots for which she was most famed is the reason why people keep going back to her time after time.

The most us modern-day mystery and crime thriller writers can hope for, following far behind in her wake, is that we might be able to side-step the reader somewhere along the way and leave them guessing to the last.

It would be far too simplistic, though, to say that we’re now purely interested in the type of brain-teasing mystery akin to a crossword puzzle. There’s certainly still a psychological element involved, which is why psychological thrillers are huge business.

As a species, we pay attention to these sorts of plots because we have an animalistic need to know we are safe. We need to understand the mind of the killer.

This understanding is the reason why psychology courses and degrees are so popular in the western world, and particularly in Britain, where the murder mystery is particularly venerated.

Human beings have an innate desire to understand ourselves and other human beings.

If you’ll forgive me adopting a purely political point of view for a moment, this is a very heart-warming realization from a progressive perspective, as our need to understand each other as human beings is something which we’ve been sadly lacking for most of our existence as a species.

We can be sure that crime fiction will last, and there are a number of reasons for this. Crime’s bedfellow in terms of sheer popularity is undoubtedly the romance genre; a type of book which offers resolution and has well-rooted and respected forms and conventions.

Naturally, it has had to adapt and recent years have seen the rise of rom-coms and even the sub-genre of erotica (although many, including myself, would either put erotica into a sub-genre of thrillers or a genre all of its own).

Mystery, too, has had to adapt. Writers such as P.D. James have prided themselves in breaching the (admittedly small) gap between crime and literary fiction, combining a well-written book with a tight and intricate plot.

It would be worth me noting here that the concept of ‘literary fiction’ does not exist to me. The only great literature is a book that you enjoy. Crime thriller novels, generally speaking, have the added benefit of being stripped of pretension and putting the reader first, not setting the writer on an undeserved pedestal. The enduring popularity of the genre is a testament to its superiority.

It would be fair to say, then, that the crime thriller and mystery genre can be expected to live on. As our fascination with death and our need for logical complexity continue to be fused together beautifully by fiction, we can be assured of even more great books to come. It’s because people love to read crime thrillers. 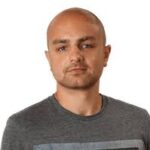 With over two million crime thriller books sold in over 120 countries, Adam Croft is one of the most successful independently published authors in the world. His crime thrillers Her Last Tomorrow and Tell Me I’m Wrong topped the Amazon and USA Today charts. His new release, What Lies Beneath, starts a new series for Adam that might exceed everything he’s already accomplished.

And, Adam Croft was an accomplished stage actor before turning indie-writer ten years ago. His first crime thrillers were the Knight & Culverhouse series. He also developed his Kempston Hardwick series before writing super-successful stand-alones. Now, Adam is off on a new venture with What Lies Beneath being Book 1in the Rutland series where he bases crime thriller fiction on a real location in the UK. It’s available for pre-order now and out on July 28th, 2020. 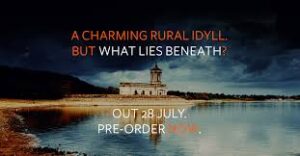 The University of Bedfordshire bestowed Adam an Honorary Doctor of Arts for his outstanding contribution to modern literature. As well, Adam has been a regular on the HuffPost, BBC Radio, The Guardian, and The Bookseller. He also hosts a regular podcast called Partners in Crime with fellow bestselling author Robert Daws.

But, for Kill Zone followers—especially crime thriller writers—Adam Croft has outstanding resources through his Indie Author Mindset books, courses, podcasts, and Facebook Group. Adam states his tipping point as a commercial writer was when he changed his mindset to believe in himself and treat his writing as a professional business.

Obviously, it paid off.