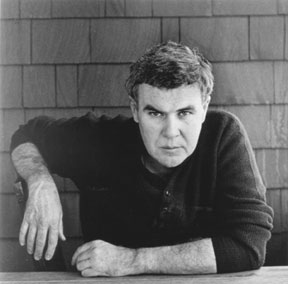 In last week’s post, I was asked what I learned from Raymond Carver when I took his workshop in college. The experience was not a happy one. It wasn’t because of Carver; it was because I wasn’t able to “get it.” That’s probably because it was not a craft class, but a place where you shared your work and got comments from Carver and the other students. I got lousy comments. That’s because I was trying to write like Hemingway and falling well short.

Meanwhile, I’d read some Carver stories and knew there was something there, but couldn’t figure out how to get it in my own writing. It wasn’t until years later, when I went back to read Carver and Hemingway again, that I saw it—they were both masters of the telling detail.

A telling detail is a descriptive element that powerfully illuminates a character, moment, or setting. One well-placed, well-formed detail deepens a story, pulling the reader further in, in a way that seems effortless.

In Carver’s story “Will You Please Be Quiet, Please?” a husband and wife are having an intense conversation in the kitchen. The wife is reluctantly going over details of what happened at a party years ago, when another man took her for a ride in his car and kissed her. The husband’s reaction as he listens:

He moved all his attention onto one of the tiny black coaches in the tablecloth. Four tiny white prancing horses pulled each one of the black coaches and the figure driving the horses had his arms up and wore a tall hat, and suitcases were strapped down atop the coach, and what looked like a kerosene lamp hung from the side, and if he were listening at all it was from inside the black coach.

What is going on inside the husband is revealed in the pictures he notices and how he relates to them. He’s withdrawing from the argument; he’s escaping his emotions; he’s being driven from away from his marriage; he’s longing to be in some distant past. There is no need for Carver to tell us how the husband feels. The details do the “telling.”

In Hemingway’s “Soldiers Home” there’s a detail I’ve never forgotten (and I first read it in high school). A young man, Krebs, has returned home from World War I. His mother has just made him breakfast. But things are not the same for Krebs, and never will be again. The war has taken its toll.

His mother starts going on and on about how worried she is about him, how he doesn’t seem to have any ambition and so on. After her emotional appeal, Hemingway writes:

Krebs looked at the bacon fat hardening on his plate.

That detail is so much more powerful than telling us what Krebs feels. It works on us viscerally.

So how can you get a telling detail into your own writing?

First, you can net them when they fly up, unannounced, as you write. That could be your writers mind trying to tell you something important about the character or the place or the moment. So ponder it a moment. If it seems apt, work it into your scene.

Or you can craft the detail later. This is best done during revision. You have your entire story now. You know what’s going on inside the characters. You can go back into your scenes and sharpen the details to serve your overall purpose.