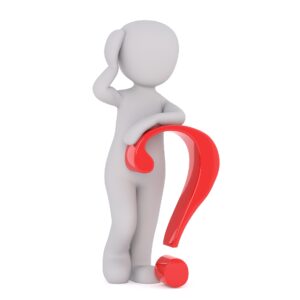 Got an email from a reader of my craft books, who is finally ready (he says) to complete a novel. He wanted some career advice before taking the plunge. Below are his questions and my answers. Let’s put our heads together and help him out. We can continue the discussion in the comments!

[NOTE: I am assuming the writer is going the self-publishing route, based on question #2. If so, my opening advice is this—put your novel through the same grinding process you would if you were going to submit it to an agent or editor. Being indie is no allowance for being skimpy when it comes to prepping for publication.]

1. You mention learning to love a marketable genre. I’m a mystery and crime fan, but I realize the old school historical noir pieces may not sell. Here’s my plan: write the following sub-genres under a single pen name: (a) Hard-Boiled Police Procedural series a la Michael Connelly, (b) humorous detective/cozy a la Carl Hiaasen/Big Lebowski, and (c) romantic suspense because romance is huge but the crime element makes it interesting for me to write. Does this make sense? Would I spread myself too thin? Am I too far off the commercial mark? For example, should I go whole-hog into Romance and leave crime behind just for the money?

The traditional publishers know this. It’s called branding, and they want to keep their money-making authors on brand because that keeps their bottom line in the black. When you start to sell gazillions of copies per book you can convince your publisher to let you try an off-brand novel…before getting back to your basics. See, e.g., John Grisham, James Patterson.

As an “authorpreneur,” you can make the call when you want to try something different. One of the benefits of indie is that you can branch out in short form as an experiment. For example, I write full-length contemporary thrillers, but have a comedic series of novelettes about a vigilante nun. I did some boxing stories for the love of it. But I always return to full-length suspense.

As for going “just for the money,” my advice is that you find the sweet spot where a marketable genre meets your love for the material. As you rightly point out, I believe you can learn to love a genre if you give yourself to the characters and make the stakes death (as explained in my craft books). At this point, ask yourself where you would find the most joy. Joy has a way of translating onto the page in a way that takes competent fiction up another level.

2. Kindle Unlimited is a great way to become discoverable, but is that a long-term solution? Do you plan to eventually “go wide”?

There’s an ongoing debate about this. To boil it down, those indies who favor “going wide” have concerns about the future of Amazon and possible digital disruption to same. Those who are Amazon exclusive are looking at what’s working now.

This is my personal view: since the future is unknowable, I opt for present-moment lettuce. I was wide with my fiction during the first seven or so years of the indie boom. My income via Kobo, Nook and iBooks was steady but not exciting. When I moved to KU, my income experienced a sharp increase. An added bonus is when I land a BookBub deal, my “pages read” (the way an author gets paid in the KU program) go way up for several weeks.

I know many folks have an issue with Amazon’s dominance, but betting against the company has not proved a winning strategy in the past. I recall in the late 90s when Barron’s dubbed the company “Amazon Dot Bomb.” I only wish I’d bought my shares then.

3. I used to be a pantser and, to show for it, as mentioned above, I’ve finished precisely 0 novels. Your books convinced me to outline, but I find some of the beats and plot points vague. Should I start building from the vague outline and drill down in detail until I have a card per specific scene?

Taking your question as a whole, by “vague” you mean you don’t have a sufficient idea in your mind of what the scenes would actually look like, not what the scene should accomplish within structure. That said, the beauty of the “signpost scenes” idea is that you don’t have to “drill down” before you write—unless you want to! As a pantser, you’re not used to summarizing all scenes ahead of time. In the alternative, you can start with the first couple of beats, and when you’ve gone that far look ahead to the next beat or two. You are driving at night with the headlights on, as E. L. Doctorow put it. You can always see ahead to the next signpost.

For both my plotting and pantsing students, I prescribe the “killer scene” brainstorming exercise. Go to your favorite local coffee house with a stack of index cards and start brainstorming scene ideas, not worrying about structure or where they might fit. Come up with 30-40 cards. Go back the next day and shuffle the cards and go through them, selecting the most promising. Figure out in which act—1, 2, or 3–those would logically fit. You’ll be amazed and happy.

4. When do you know to abandon a series or subgenre experiment and move to something more commercially viable?

There is an easy answer to this in the traditional publishing world: when your publisher does not offer you another contract.

Being indie, my view is that after three books in a series you should have a pretty good idea of how it’s going. Look at sales trajectory and reviews. Then ask yourself how wedded you are to the series. It may be that your next book is the one that brings attention to the others.

Or not. Erle Stanley Gardner developed several series characters for the pulps, including Speed Dash, Sidney Zoom and his police dog, and Ed “The Phantom Crook” Jenkins. But when he felt his writing had stalled he tried out a character he named Perry Mason. The rest is publishing history.

5. You studied under Raymond Carver. I’ve read each of his collections and am a huge fan. I’ve loved minimalist prose since I started reading Hemingway as a kid, and Carver’s style to me is a joy to read. Did he share anything specifically with you or your class you could pass on to me as to writing lean?

The main thing I picked up from Carver was his use of the “telling detail.” He was a master at putting a simple image into a scene that illuminated the emotional moment and often blew you away. Hemingway, at his best, did the same.

When a genre writer pulls this off, the effect is glorious. So glorious, in fact, that I am going to make this the subject of my next TKZ post.

Over to you, TKZ community. Help this new writer out.

17 thoughts on “Let’s Help a New Writer Out”