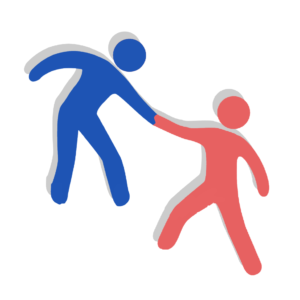 The other day my laptop and I drove to a local caffeine establishment to do some work. The early morning rush was over and the place relatively quiet. A young woman was at the cash register with a customer. A young man, a little older than the woman, was working the espresso machine like Frank Morgan behind the curtain in the Wizard of Oz.

When it was my turn to order I stepped to the counter, but before I could say a word a look of shock came over the young lady. She looked directly at me and said, “Oh my God!”

I was so sure I’d shaved that morning.

But then she said, “Excuse me!” and spun around to face a couple of large coffee urns. She started to fiddle with one, but apparently didn’t know the tune.

The young man saw this and said, “What are you doing?”

Woman: “I forgot to change the [something].”

Woman: “I saw [unintelligible] do it this way.”

He began rearranging and replacing things on and around the coffee urns, the whole time rat-a-tatting at the young woman with transparent annoyance.

“That’s how,” he snapped when finished, then went back to steaming milk. The woman returned to the counter, her eyes literally downcast. When she finally looked up at me, the hurt in her face was palpable. She could have been my daughter. I heard myself say, “It’s all right.” Then I placed my order.

Now why did I say that? I didn’t plan it, it just popped out. I don’t think the answer is complicated—I was hit with a jolt of empathy.

Empathy, simply put, is the ability to understand another person’s feelings, to “step into their shoes” as it were. It’s a common human attribute unless a) you are a sociopath; or b) have conditioned yourself not to care by practicing hate, selfishness, or some other form of conscience-weakening.

Empathy is powerful. So much so that it’s the theme of Harper Lee’s classic To Kill A Mockingbird. As Atticus tells Scout, “You never really understand a person … until you climb into his skin and walk around in it.”

Empathy should be the theme of a writer’s life, too. You can’t really know your characters without it, and that includes the bad guys. Fiction that transcends the predictable and mundane is largely built, I would argue, upon layers of empathy. Those layers reach out from the page and connect to readers on an emotional level.

Which, of course, is what we’re going for. Fiction is an emotion-delivery system, not a lecture or jeremiad. Sure, you can have a message, but it won’t penetrate very deeply without character empathy.

Writers also need empathy for their readers, who are looking for escape into a story. Why? Because, as Wordsworth put it, “the world is too much with us.” We all need some relief in crazy times. If we can give that to a reader through our books, we’ve done more for that reader than a million characters of Twitter ever will.

In the next scene you write, explore how that feeling might affect the way the characters in the scene treat each other.

Do the same throughout the book.

And in your life, too. Oscar Levant, the songwriter and TV curmudgeon of the 1950s and 60s, once remarked: “When I was young I looked like Al Capone, but I lacked his compassion.”

Don’t let that be your epitaph.

So how deeply to you identify with your characters … including the bad ones?