If I asked you to name your all-time favorite fictional character, chances are it would be someone that you related to on a strong emotional level. It was a character you fell in love with or one that gave you night sweats, one that you cheered for or one that you cried with. It was the character’s emotions that grabbed you. You empathized with them. Why? Because you’ve felt the same real-life emotions they felt.

The dictionary defines empathy as the “ability to identify with another’s feelings.” I believe empathy is the key to creating memorable fictional characters. It’s not because they’re beautiful or handsome, fashionable or rugged, brave or risky. It’s that they have believable human emotions. Emotions that you have felt at some point in your life.

So if empathy is the key to your reader becoming attached to your characters, what is a proven method for creating emotions? 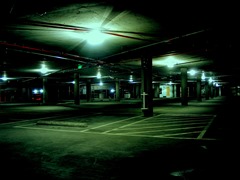 Let’s say you want your character to be afraid—to experience fear. You could always just tell the reader that he or she is scared. That would mean little or nothing because not only is it telling, it paints an unclear picture in the mind of the reader. Scared could mean a 100 different things to a 100 different people. Now ask yourself what it felt like when you’ve experienced fear. Perhaps you were in a parking garage late at night. The sound of your high heels seemed as loud as hammer strikes. The shadows were darker than you remembered. You could see your car but it appeared miles away. Then you hear someone cough. But there’s no one around. You pick up the pace. Your heels become gunshots. You shift your gaze like a gazelle that sensed a stalking big cat as you hug your purse to your chest. Your pulse quickens. Breathing becomes shallow and frantic. Palms sweat cold. Legs shake. You press your key fob and your car’s lights flash but your vision blurs. You hear a strange cry escape your throat—a sound you’ve never made before. Your car is only yards away but you don’t feel like you’re getting closer. Were those your footfalls echoing off concrete walls or were they coming from the shadows? You reach for the door handle, your hand shaking, fear gripping you like a cloak of ice.

Here’s my point. It may not have been in a dark parking garage late at night but we’ve all felt it. Paralyzing, heart-stopping fear. In your story, you need to have your character feel the same. Describe it so that your reader will empathize. So that their hands will shake and their chest will tighten. Make them sweat, even if it’s only in their imagination. Approach every emotion your characters feel in the same manner. Use your life experience. How did you feel the first time you felt love, hate, jealousy, rejection. If you are honest in expressing true emotions through your characters, your reader will have empathy for them, and very possibly come to list them as their all-time favorite.

OK, Zoners. What technique do you use to impart believable emotions into your characters? How do you get your readers to feel empathy?

23 thoughts on “Empathy is the Key to Emotion”