Homegrown Thrill Rides: A checklist for suspense, what is the domestic thriller,  and tips on writing one.

As a now retired librarian turned full-time fiction writer, diving into the vast Kill Zone archives for three nuggets of wisdom is the perfect role for me here at KZB. It gives me the opportunity to share so many insightful posts on craft, publishing, and much more. For today’s post, I want to take a look on creating “homegrown thrill rides.” It begins with a sampling from a checklist on how to create suspense and tension for the reader, a necessary ingredient in any thrill ride. We then turn to excerpts from a pair of posts on the domestic thriller: defining it, and a few of the key factors to consider in writing one.

Please weigh in with your own thoughts. I have included a few questions as prompts for comments after the excerpts. Date links are provided to the full posts which can provide further fuel for thought and discussion. 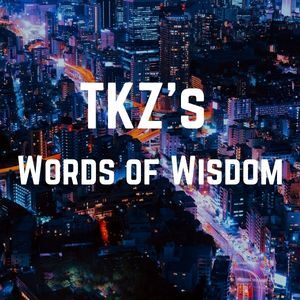 Experiment with these devices to increase suspense and intrigue:

__ Sprinkle in some foreshadowing – drop subtle advance hints and innuendos about critical plot points or events.

__ Stretch out critical scenes – milk them for all they’re worth.

Surprise or shock your readers:

__ Add in a few unexpected twists. Put a big one in the middle and another big one at the end.

__ Use surprise revelations from time to time – reveal character secrets and other critical information the reader has been dying to know.

__ Have your main character experience at least one epiphany – a sudden significant realization that changes everything for them. Try putting one in the middle and one near the end.

__ Write in some reversals of feelings, attitudes, expectations, and outcomes.

Keep adding more tension. Increase the troubles of your protagonist by using these plot devices:

__ Chases – your protagonist is chasing or being chased.

__ Threats or hints of more possible danger ahead.

__ Traps and restrictions – your character becomes somehow trapped and must use all their resources to get out of the situation.

Design a big showdown scene, an extremely close battle between the hero/heroine and the villain.

__ Write in a surprise twist at the end.

__ Leave your readers satisfied – the hero wins by a hair, the main story question/conflict is resolved.

I wanted to talk about a sub-genre known as the “domestic thriller.” I’m not sure when this was coined, but it’s quite popular now, especially after Gillian Flynn’s runaway bestseller, Gone Girl. More recently, A. J. Finn’s The Woman in the Window has kept readers flipping the pages.

1.) Set your domestic thriller in familiar settings. Give the reader comfort until they realize your novel doesn’t take place in Mayberry. Set your story in a small town, on a commuter train, in a home with a family who could live next door to you, or create a situation that seems harmless at first until it escalates into a terrifying tale. Much like Stephen King is partial to turning everyday objects into nightmares–I’ll never use a turkey carving knife again–it’s important to think through an effective setting that lulls the reader into a false sense of security until you pull the rug out.

2.) Make your story hinge on familiar subjects. I’ve suggested a few below, but I’m sure you could come up with more that could be turned on its ear with escalating tension. Use your own personal experiences to discover what might touch your readers.

3.) Now ask yourself the critical question of “what if…” What are the worst plot twists that could happen in the world you’ve created? Think WAY out of the box. Use a dartboard to add some unpredictability to your brainstorming.

4.) Make your character(s) real. Imagine people you have known, but elevate them into a major player’s role in your story. It helps to start with the familiar to make it real, but then your character would take on his/her own journey. Remember, your characters need to be real and not supersized into movie star status. Take “every man or every woman” and force them to step into an horrendous plot. Make your starring character(s) believable.

5.) Give your characters flaws that could prove to be fatal. It’s a balancing act to pick vulnerability that doesn’t make them appear too weak. Give them insecurities they can overcome in a believable way, without making them whiners. Force them to face their insecurities. Are they capable of overcoming their worst fears? Give them a chance to do it. Will they? Dig deep with a journey for your character to survive through your plot. They must struggle to gain ground or appear that they never will. Nothing trite will work here. It must seem insurmountable. I found a great resource for character flaws – 123 Ideas for Character Flaws