Several years ago I tweeted the words that are the title of this post. The phrase went viral (is there such a thing as going bacterial? I’m done with viruses!) It got passed around and was picked up by the great writing tips author Jon Winokur (@AdviceToWriters). The phrase aptly sums up my approach to writing a novel.

I thought today I’d unpack it a little, and ask for your responses. 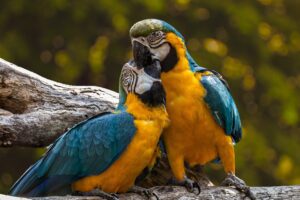 Coming up with a great idea, one that gets your nerve endings buzzing, is like love at first sight. You’re giddy. You can’t wait to spend precious months with this new romance.

When you start writing it’s all champagne and moonlight walks on the beach.

But then, out of the blue, you find yourself in an argument. The book is resisting you. Or vice versa.

Usually this happens to me around the 30k mark. I start to think maybe this isn’t going to work out after all.

You say to the book, “You’re not giving me what I need.”

And the book says, “This is how you treat me? After all I’ve done? I’ve given you the best pages of my life!”

Fortunately, I’ve found this little dustup to be only temporary. Let me suggest two ways to kiss and make up with your novel.

First, go more deeply into the characters. Pick any one of them (and not necessarily your Lead) and write some backstory. Create more of their history and use that to come up with a secret or a ghost.

A secret is simply that which the character doesn’t want anyone to know about, for some personal reason related to backstory.

A ghost is an event from the past that haunts the character in the present, and causes the character to act in certain ways. It’s best to let those actions happen without an immediate reveal. It creates mystery for the reader, always a good thing.

Five or ten minutes with these brainstorms will get your story juices flowing again. You’ll want to keep writing just to see what happens to these people!

Second, jump ahead and write a scene you feel excited about. Write it for all it’s worth. Then drop back and pick up the story and figure out a way to get to that scene.

These tips will help keep the love fires burning, like bringing the wife flowers even when it isn’t Valentine’s Day.

(Also see my post “When Writers Hit the Wall.”) 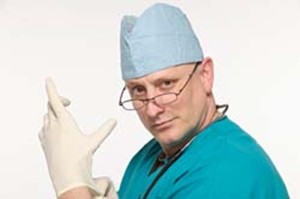 Once you have a complete draft, you move into the hard-scrapple world of revision. And here you need a system.

The late Jeremiah Healy was a popular author-speaker on the conference circuit. In one of my writing books I found a clipped page from a newsletter I used to get called Creativity Connection. I’d saved it because it was a summary of one of Healy’s talks. In it he described his system of approach after writing a first draft:

That’s a good system, and very close to the one I use myself.

And systems can often be improved by adding a formula. Here’s one I’ll leave you with. It came in an early rejection letter the young (1966) Stephen King received from a science fiction magazine. It was a form rejection, but the nice editor had scribbled the following on it:

Now it’s your turn. How do you keep the love as you make your way through the first draft? Do you have a system for revision?