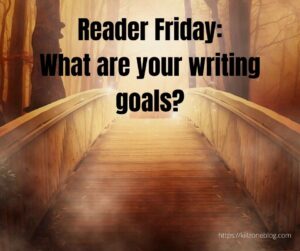 What are your writing goals for 2020? Are you on track to achieve those goals?

We all know writing is a marathon, not a sprint. For many, the pandemic demolished their writing goals for the year, or at least set them back.

I don’t want to push you if you’re not ready — we all cope differently and on our own timeline — but setting goals can help steer your writing dreams back onto the track. 🙂

Name one writing goal you hope to achieve this year. What about in 5 years? 10 years?