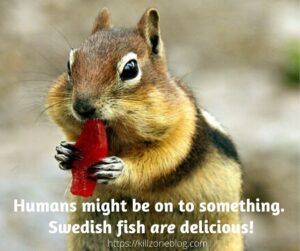 I read an article recently that gave writers permission to stop writing during these trying times, and it really resonated with me. Not because I long to stop creating—perish the thought—but being granted the permission not to write lifted some of the pressure from the “new normal,” which isn’t easy, as Clare mentioned last Monday.

Perhaps you can relate.

Do you feel guilty about not hitting the keyboard as often as you normally do? If you do, consider this your permission to stop writing. Just don’t stray away for too long. As we like to remind you from time to time, it’s important to keep our creative juices flowing. 🙂

As a self-professed research junkie, I wondered if creatives might feel the pinch more than non-creatives. Turns out, back in 2015, researchers conducted a study on stress and creativity.

The main reason for the connection between anxiety and creativity is imagination. The dichotomy lies in the fact that the same brain that conjures up inventive paintings, poetry, and music can also get trapped in repetitive thoughts and dreadful worries.

According to an expert at Evergray Digital Media, these individuals use their imagination to visualize something before it happens, whether it’s a piece of art or an issue (whether real or made up) that frightens them to cause feelings of great concern and panic. People with both traits also tend to overthink and over-analyze everything, which can make them more anxious and even neurotic at times. Interestingly, dwelling on one’s fears might be the very root of creativity and problem solving.

It’s difficult to recreate creativity in a lab setting. So, my theory runs a bit deeper into what might be causing creatives to lose focus. I say, many creative types are empaths, at least on a certain level. We need to be, don’t you think? How else could we slip inside a character’s skin?

In empaths, the brain’s mirror neuron system — a specialized group of cells that are responsible for compassion — is thought to be hyperactive. As a result, empaths can absorb other people’s energies (both positive and negative) into their own bodies.

Empaths are the medicine the world needs and they can have a profound impact on humanity with their compassion and understanding… The key skill is to learn how to take charge of your sensitivities and learn specific strategies to prevent empathy overload. — Dr. Judith Orloff

Are you really intuitive when it comes to friends and family?

Can you sense conflict before it hits?

Do you pick up on the emotions of others, even those you’ve just met? How about those you’ve never met in person (aka online friendships)?

Can you sense when someone isn’t telling you the whole truth?

Do you feel drained after being around certain people?

If you answered yes to these questions, you could be an empath.

Empaths are highly sensitive individuals, who have a keen ability to sense what people around them are thinking and feeling. Psychologists may use the term empath to describe a person that experiences a great deal of empathy, often to the point of taking on the pain of others at their own expense. However, the term empath can also be used as a spiritual term, describing an individual with special, psychic abilities to sense the emotions and energies of others. — PsychAlive.com

When I say creatives are empaths, I’m referring to the psychological definition. Other signs may include an overpowering sense of intuition. It drives my family crazy when I know something’s bothering one of them, even if we’re only communicating via text. I’m not psychic, as some would like to believe. I’m simply in tune with my intuition.

Without attaching labels, I think we can all agree that creatives need a healthy dose of empathy to view the world through a writer’s lens. If you missed Jordan’s post last week, read it. I’ll add one tip to her list: give yourself permission not to write. If you’re feeling distracted or overwhelmed, take the time you need to process your new normal.

During these turbulent times, an overabundance of empathy can suck the life right out of you. Thus, it’s important to develop self-protection mechanisms, like deep breathing exercises and communing with nature. Ridding one’s psyche of negativity promotes balance and good mental health. 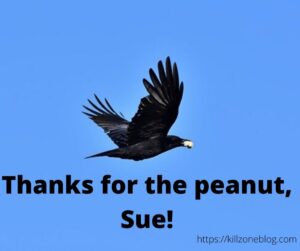 There’s a lot of beauty in this world. If we take a moment to find it—the chipmunk who grins at a shelled peanut, the goofy antics of a squirrel, dog, or cat, the magnificent agility of crows and ravens, or the gentle whisper of silence—we can lessen the heavy burden of our new reality.

The world needs creatives more than ever before. So, let’s rise to the challenge.

As writers, what can we do to help folks stuck at home? One idea is to ask your subscribers if they’d like to read a free novel to help pass the time. I did, and the response was overwhelming. I’m still receiving emails from readers in my community. It feels wonderful to give back!

This seems to be a growing trend among creatives.

Many of our favorite recording artists are performing free home concerts under the hashtag #TogetherAtHome (link includes 80 concerts). On StorylineOnline celebrities read books to children (16 books and climbing). 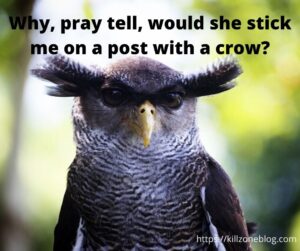 Have you come across something beautiful that’s touched your heart? Share it with us in the comments. C’mon, creatives! Let’s lavish the world with our gift. What are other ways writers can help the community adjust to the new normal?

30 thoughts on “The World Needs Creatives More Than Ever”