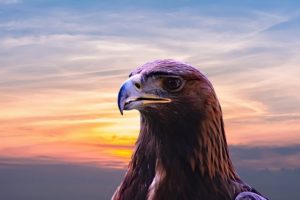 The forensic community works tirelessly to improve techniques to aid law enforcement, and much of this work is done at body farms across the country. The Texas body farm has conducted some amazing work. I’ve complied my top six forensic advancements, which I think you’ll find fascinating.

When no clues exist to identify a corpse, investigators have a serious problem. The determination of age and sex of the body can be crucial to limit the search for individuals that could possibly match missing persons records. Today, gender can be determined through DNA, as well as the skeleton itself, but believe it or not, it’s not as accurate as testing done on teeth. Age estimation in children and adolescents often depends on radiological examination of skeletal and dental development. In adults, however, age estimation is much less accurate.

At the sprawling 26-acre Freeman Ranch in Texas, over 50 human corpses reside at the body farm. Many of which are checked via drone. Scientists examined 44 teeth from 41 individuals using aspartic acid racemization analysis of tooth crown dentin and radiocarbon dating of enamel. Of those, ten were split and subjected to both radiocarbon and racemization analysis. Combined analysis showed that the two methods combined worked better than relying on one or the other.

Radiocarbon Dating, a forensic tool also done on eyes, is an accurate way to determine environment, date of birth, age of deceased, nutrition, diet, and even date of death. I’ve written about Radiocarbon Dating before (see link above). Briefly, similar to counting rings on a tree to determine its age, same applies to the eyes and teeth. Only with teeth researchers aren’t looking for crystallins.

Twice a year each permanent tooth is anchored to the gums by tiny, distinct fibers. A bright line is laid in the spring or summer, depending on where you live, and a dark line in the fall or winter. The number of bands, as well as the color and width of the outermost ring, help scientists estimate the deceased’s age at death and also narrows the TOD (time of death) window.

Human remains act like any other type of fertilizer, producing nitrogen that leeches into the soil. and provides nutrients to plant-life. Trees and plants thrive on this added nutrient, growing taller, fuller, and greener than those not living near the dead. By studying their size compared to other plant-life in the area, experts can determine where and when bodies were buried.

I’ve written about entomology before, but did you know scavengers — like rats and squirrels, for example — prefer different types of human bones? It’s true. Rats like their bones greasy, and tend to chew on the ends in order to gain access to the marrow. Scientists can then look for these signs to determine how long the body has been in its earthly grave.

Conversely, squirrels prefer drier, more brittle bones that have been fully exposed to the elements. They use the calcium in bone to aid in the breeding of strong litters. By examining the different bite marks and narrowing when the bites occurred and by whom, forensic anthropologists are then able to determine if the body was skeletonized while fully exposed to the elements = squirrel activity. Or if buried in a shallow grave with nibbles on the ends of the bones = rats. Also, they can estimate how long the body has been dead and if the body has remained undisturbed.

Quick fun fact: it takes vultures only a few hours to strip a body down to bare bones — a time frame previously estimated to be weeks.

In bodies that are badly degraded obtaining DNA becomes a chore, and sometimes isn’t possible at all. Researchers at the body farm, however, have a solution. Mosquitos and other biting insects, believe it or not, preserve portions of the DNA in the bodies they feed on. By trapping and dissecting these insects, DNA could be recovered.

How cool is that? It’s also a bit disturbing to think of mosquitos flying around with our DNA inside them. Or worse, when you smack a mosquito and it leaves a trail of blood, someone else’s DNA could be splattered on your palm. Yuck! I swear, the more I learn, the more paranoid I become. I don’t know about you but these things haunt me. LOL #writerslife

The body farm discovered a set pattern to decomposition. One week exposed to open air equals two weeks in the water and eight weeks buried underground. The latter refers to murdered victims, not people who’ve been embalmed or mummified. Environment, temperature, clothing, and weather all have to be taken into account as well, but as a baseline this formula aids investigators a great deal.

In bodies not visible to the naked eye, drone flights are part of an ongoing study using near infrared imaging to detect bodies above and below the ground. This technology can also spot locations, where a corpse was previously buried for up to two years after its removal.

“The search for clandestine bodies is a very time-consuming ordeal,” Wescott told the Texas Tribune. “Even then, a lot of times you can walk right by them and not realize that they’re there.”

As corpses decay, they release carbon and nitrogen into the soil, which decreases the amount of light the soil reflects. The influx of chemicals first kills plants, but as it disperses into the soil around the body it morphs into a fertilizer that reflects a ton of light. By using near infrared imaging the drones can detect these reflections. Two extremes show up as black and white on the mostly gray near infrared imagining. Anyone searching for a body doubles their chances of finding it.

Have you found a fascinating forensic technique in your research? Did you use it in a story?

Wishing all of you a safe and happy 4th of July! Stay cool.
. 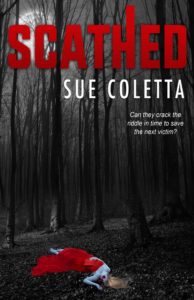 Can they crack the riddles in time to save the next victim?

I’m excited to announce my new release, SCATHED, is now available for pre-order. Only 99c. Yay!!!