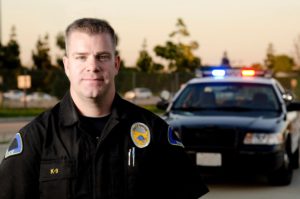 For your reading enjoyment, we have the first 400-word submission from a work-in-progress introduction from an anonymous author. When I got this submission, the first few lines were broken apart, so I had to reunite them. I don’t know if this weighty first paragraph was the author’s intention, so forgive me if it doesn’t look right. I’ll have my feedback on the flip side. Please share your thoughts in the comments.

She had the dream again last night. It lingered as awareness of morning pulled her up and her thoughts coalesced into memory. Audrey Grey saw Jacob’s imprint on the pillow beside her. The light through the curtains told her it was time to get up, too. She stood under the water, transitioning to the day ahead. Thoughts of her dream receded as the day took hold. She dressed and finished a buttered bagel. He should be back anytime. The knocking surprised her. Not tentative and apologetic like you might expect so early in the morning. It sounded . . . commanding. She tiptoed to the window and eased apart a slit between the blinds. A man in a gray and black uniform waited. She let the slats fall shut and took inventory of her appearance. Wet hair, worn skinny jeans, baggy knit top. He knocked again.

You don’t just ignore the police at your door. It’s dishonest and she couldn’t lie to a cop about not being home. Her clumsy fingers fumbled with the lock and slid the chain off. The door always stuck a little, but with an extra tug it gave way. She leaned into the door frame, face to face with the visitor. She could see the gold shield, the belt fully rigged with gear and the black gun at his side.

“Good morning, Ma’am. My name is Officer Mike Welden, Wake County Sheriff’s Department.” He consulted a black notebook flipped open in his hand. His questioning eyes moved from the page to her wary ones.

“There’s been an accident and the identification on the injured party gave this address. Do you know Jacob R.

She stepped back allowing him to enter. His trained eyes scanned beyond the entry and he spoke her line.

“Would you like to sit down?” Obediently, she took a seat on the edge of the sofa, swiping at shower damp tendrils of hair falling onto her face. “You saw my husband? Is he okay?”

“I found him, yes, ma’am. It appears he was hit while on his bicycle this morning. He’s been taken to Duke Hospital.”

No. He would be here soon. They had to buy a grill for the cookout. “I’m sorry, what do you mean, ‘appears’?”

“We have no witnesses, so it’s not clear exactly what happened.

OVERVIEW – This intro is a classic opener with police knocking on the door of a wife to share bad news about the husband or a family member. Here at TKZ, we preach to start with a disturbance and cops at your door would qualify, but I would’ve liked to see the dialogue with more tension and intrigue. With this being a bicycle accident, the lines are bland. If you isolate only the dialogue and take everything else away, nothing much happens.

Would it have been better to open with the bicycle accident?

We also have an opener with someone in their own head and thinking about a dream, but with the dream not explained any more than a vague 2-line notion, it’s not interesting either. I’ve opened with internal thoughts of a character, but the writing has to intrigue and create elements of mystery to keep the reader (or an editor and agent) turning pages.

It’s my opinion that the author might try to find a better place or a better way to start. Let’s drill down into the details.

OPENING LINE: ‘had the dream again last night.’
The dream is only brought up twice in this weighty opening paragraph. With the first line and this one in the middle of the first paragraph – ‘Thoughts of her dream receded as the day took hold.’ There is so little known about the dream, it’s almost not worth bringing up. It’s a cheap tease that doesn’t work for me.

To intrigue a reader, there needs to be elements of mystery that would force them to want to know more about the dream. In these two lines, even the author dismisses the importance by saying ‘her dream receded as the day took hold.’ If this dream is significant, more of it needs to be layered in and it must reflect or foreshadow what is about to happen–or create the start of a mystery to be solved–otherwise it’s not worth the focus.

If this is a dream where Audrey symbolically loses her husband Grey or can’t find him, that might provide an answer as if she is telepathic or deeply connected to him. If the dream is of something else that will carry through the story, like a distinct thread that evolves, then more needs to be hinted from the start.

Maybe the dream is something buried in Audrey’s subconscious that has put Grey in danger. The author must show patience at dangling this kind of story element into the story, but there needs to be more in order for it to gain traction.

To play with this opener, the author could have the cops get Audrey out of bed from a dead sleep. I liked the imagery of her waking to see Jacob’s imprint on his pillow. She could be more traumatized and her mind muddled if they wake her from an exhausting night of bad dreams, only to wake into her own nightmare.

But I’m more of a fan of action in the opening. Hard to say what I might’ve done in these 400 words, but the bicycle accident would appeal to me more. The reader could be drawn into Grey’s world of normalcy as he rides his bicycle, only to be suddenly struck down by a mystery assailant who races from the scene. BOOM! Opener. Then build on the foreboding dream of Audrey’s that comes to fruition with a knock on her door with police standing there. Solid start.

DISTRACTING LINE – ‘You don’t just ignore the police at your door. It’s dishonest and she couldn’t lie to a cop about not being home.’

This line should be deleted. It’s a strange thought for her to even think about not opening the door to police. A lie about not being home is odd. Most people would be intrigued as hell about why cops were at the door. Why isn’t she? It makes her sound flaky and doesn’t read as solid motivation. In the following line, there’s a focus on action where ‘her clumsy fingers fumbled with the lock.’ That shows her mental state, as if she’s nervous (and rightly so) which is contrary to her strange thought about not opening her door as a dishonest gesture.

VISUAL IMAGERY – In the second paragraph, Audrey comes face to face with the policeman. This struck me as odd, given the next imagery of her staring at his duty belt and gun. I would imagine a cop would be taller than Audrey, unless she’s tall. If she’s shorter, her eyesight might see his duty belt better. I can see her distraction with it. Many people aren’t familiar with guns and she might be intimidated by it, but the police are there for a reason and she doesn’t seem curious enough about why they are there. If this image is important, then clean it up and make the cop more intimidating, if that’s the intention, but in the whole intro, Audrey doesn’t act like a normal wife getting bad news about her husband. I’ll explain below in the section on CHARACTER MOTIVATION.

HOUSEKEEPING – There’s plenty to clean up, line by line. I’m sure other TKZers will help with that, but something that stood out was the cop’s mention of Jacob R, about halfway down. Who is Jacob R? Didn’t the police have his last name? Why would the cop only call him by his first name and an initial? When Audrey says, “Grey?” I had to reread to get the leap she made. (Maybe she jumps in to add it and interrupts him, but there’s punctuation of em dash that would help make that clearer. The author should explain why the police only referred to Jacob R or use his full name. Presumably they would have it since Jacob is at the hospital and survived the accident. He would have ID on him.

In the sentence that starts with ‘His trained eyes scanned beyond the entry and he spoke her line.’ If this is in Audrey’s POV, the author leaps into the head of the cop when referring to ‘his trained eye.’ The author should delete the word ‘trained.’ I also had to reread the last part of that line – ‘he spoke her line.’ This is out of order from real action. How would Audrey know he was about to speak her line -‘Would you like to sit down?’ In that one short paragraph, two characters are speaking and it’s confusing. Separate the lines with space to make things more clear and I would write the cop’s line more distinctly to show he’s speaking.

“It’s best we sit down. After you.” The big man took charge and Audrey lead him into the parlor.

CHARACTER MOTIVATION – Officer Welden tells her that he found her husband, saying ‘it appears he was hit…’ Instead of Audrey focusing on what a real wife might want to know – “If he’s okay, why isn’t he home?” “Was he injured? Where is he?”

Instead, Audrey focuses on the word ‘appears’ and acts like a sleuth, at the expense of the well being of her poor husband. If she comes across as jarred by the news, physically and mentally, she would be more sympathetic and the tension and emotion would be escalated. But with this cold reaction, it only adds to the bland nature of this opener. The reader will care more if they can relate to the character and Audrey’s understandable emotion.

After Audrey asks if her husband is okay, Officer Welden only says, ‘I found him, yes, ma’am’ before he jumps to more of what happened. This is a police notification to a family. They would be more concerned with sharing news about the husband’s condition and where he’s been taken. Audrey can push for details on the case and who caused the accident once she knows her husband is okay and sees for herself, but there is no sense of urgency on Audrey’s part and the cop should explain more about Jacob’s condition.

“Your husband sustained a broken arm and a few cracked ribs. Doctors at Duke Hospital are examining him now.”

Audrey mentions an internal thought of ‘No, He would be here soon. They had to buy a grill for the cookout,’ (a line that I would italicize to show an internal thought for the reader). The emotion or her confusion isn’t in sync with her cold reaction and focus on the word ‘appears.’ Put more emotion into this section and have her react like a more normal wife and the reader will care more too.

DISCUSSION:
1.) What is your feedback, TKZers?

It takes guts to submit your work for critique. Any comments are solely for the purposes of providing help to a fellow author. We’ve all been here. Thanks for your submission, brave author. The beginning of every story is my greatest challenge, always. Tweak this and perhaps re-imagine a different beginning for Audrey and Jacob and you’ll have a solid start.