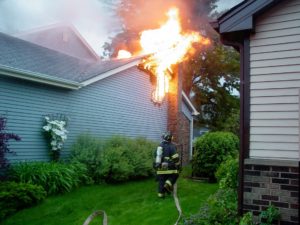 Below is an anonymous submission of the first 400 words of a brave author’s work in progress. Read and enjoy. My feedback is on the flip side. Please comment with your constructive criticism. Thank you.

On the floor. Broken and alone.

The image had haunted Kit Paterson’s mind for days. No one should die alone.

Viewing Rachel’s crumpled body in her head was harsh enough. Seeing it for real would have been unbearable. Rachel, neighbor and friend, had been thirty-two, eighteen years younger than Kit.

A dog’s sudden barking sent Kit to the windows of her dinette. It wasn’t MuMu’s usual bark. This howl sounded angry.

Kit knew MuMu’s owners weren’t home. She peeked through the blinds to the backyard beside hers. While searching for the Bogarts’ shepherd-lab in the near-darkness, she noticed the next house over, Rachel’s house. A glow came from the living room in back. Kit was certain she’d turned off all lights after boxing Rachel’s possessions for the day. Apparently she hadn’t. She grabbed her keys from the kitchen counter.

Beneath a streetlight, Kit smelled the aroma of smoke in the brisk October wind. She smiled. Smoke from someone’s chimney made autumn official. She wrapped her cardigan close.

Feral cats must be prowling the woods, Kit thought. Or maybe coyotes again. She increased her speed.

As she approached Rachel’s one-story home, brightness from the windows on each side of the battered front door caught her attention. The radiance wasn’t steady like a lamp’s. This light danced.

Kit snatched her phone from a sweater pocket. She punched 911. The operator asked, “What is your emergency?” Kit shouted the situation.

A drought had dogged Atlanta since spring. What if the fire jumped to the Bogart’s property? To the woods? To the neighborhood behind? The fire station was only a mile away, but she couldn’t wait. MuMu agreed.

Kit tore across Rachel’s lawn, past the garage, toward the rear of the house, where she collided with two people dressed in black. The taller one shoved Kit away. He and the shorter figure dashed to the road.

Kit stood stunned, until the stench of smoke slapped her awake. She ran to the patio off the living room.

A coiled garden hose laid below a faucet, unattached. Kit’s fingers trembled as she placed its end to the spigot. After several attempts, she connected the fittings and spun the faucet wheel to the left. The smell of burning wood and fabric began to overwhelm. Kit covered her nose and mouth with a hand while MuMu crashed against the chain-link fence, raising holy-hell.

I had to reread this one a few times before I got the picture of the action. The brief memory and back story introduction of Rachel’s death had me following a path in the action until I realized there had been a detour back to a barking dog and something happening next door. One of the best tips I ever received from another author—and I’ve certainly read about this tip here at TKZ—is to “Stick with the action.”

The brief flashback to the body of Rachel is too important to gloss over and it’s a distraction from what’s happening in the present. It reads like the dead body is immediately on the page until the reader finds out this is a flashback and back story at the same time. I almost want this story to start with the body and how Kit discovers her dead neighbor. That would sure raise the hair on my neck if the author can put the reader in the moment. Very creepy.

This submission doesn’t do that. It quickly jumps into a dog barking and a fire starting next door, another good place to start. Either could be pulled off effectively, but the combination of both of them gives me the feeling that this intro is rushed and neither approach has enough meat on the bone, so let’s flesh this out.

DEAD BODY START – If the author moved the start of this story back to when Kit first discovers her neighbor Rachel’s dead body, there would need to be a setting established to put the reader into it. Why had Kit gone next door? When did it start to get creepy and why? Picture a harmless reason to call on a neighbor until Kit sees a door cracked open. Stick with the action and draw the reader into every aspect of that frightening experience. Did she scare off the killer? How much did she see of the body?

From there, where would the author go? Kit questioned by detectives, reporters, and the intrusion into Kit’s life. What does it feel like to find a body of someone you knew well and considered a friend? Kit’s reaction might cause her to overreact when a dog barks the next night and she runs to find the house on fire.

The bottom line is that this story seems to have a beginning off the page and only hinted at in the first few lines. That raised questions with me as a crime novel reader. I wanted to know what Kit saw? The dog barking and the fire can be exciting, but what happened to Rachel?

DOG BARKING/FIRE START – If the author decides to start the story at the first sound of a dog barking, that can work, especially if when Kit goes to check on the fire, she finds Rachel’s dead body and the shadow of someone running from the house. Then it would be OFF TO THE RACES.

THE IMPORTANCE OF SETTING – Whether the author chooses to go with the dog barking or the dead body to start this novel, setting can help to titillate the reader’s senses and give meat to the bones of this introduction. This intro is a little sparse for me. Try answering these questions by writing a solution into the introduction and see how much better it will read. It’s important to tease the reader with all their senses to put them into the scene.

TENSION-FILLED DIALOGUE – Kit is alone for this intro, except for when she calls 911. Instead of focusing on Kit’s side of the call, while she’s frightened and unsure what to say, the author only writes what the calm dispatcher says, “What is your emergency?”

The author also uses a “telling” way to express Kit’s emotion by saying ‘Kit shouted the situation.’ Showing is a more effective way to get the reader engaged and have a visceral reaction to the action in the scene.

Imagine what Kit is feeling and how she might report the fire or a dead body. Her heart would be racing, her adrenaline would be off the charts, and she’d be panting as she tried to find her thoughts. She might speak in short spurts and stumble over words or ramble. What the author envisions for this scene, focus on the most emotional aspect of it—that’s Kit.

PLAUSIBLE ACTION – Toward the end of this intro, Kit encounters two people dressed in black. One of them shoves her. Instead of Kit being fearful of these two people, she races for a garden hose. That didn’t seem rational to me. If I ran into two people who obviously were up to no good, I would be afraid for my life. I wouldn’t be worried about a garden hose. Let the firemen do their job with their big hoses. (Everyone knows they have big hoses.) How gutsy does the author want Kit to be? Does she fight these people? Chase them? There are options for her behavior, but grabbing the garden might be last on Kit’s list if she is a gutsy, smart character. 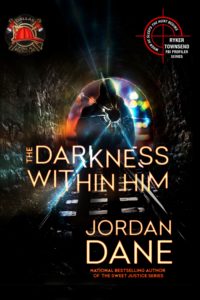 FBI Profiler Ryker Townsend is a rising star at Quantico, but he has a dark secret. When he sleeps, he sees nightmarish visions through the eyes of the dead, the last images imprinted on their retinas. After he agrees to help Jax Malloy with a teenage runaway, he senses the real damage in Bram Cross. Ryker must recreate the boy’s terror in painful detail—and connect to the dead—to uncover buried secrets in the splintered psyche of a broken child.