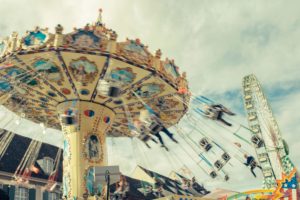 Describe a scene (either something from your WIP, or your surroundings, or anything you remember) and use sight, sound, touch, smell AND taste.

Bonus points if you can link it into St Patrick’s Day.

12 thoughts on “READER FRIDAY: Writing Exercise for Use of All Your Senses (Try It)”