I’d like to welcome back to TKZ my friend and fellow ITW member, Meg Gardiner. If you’ve ever considered using a dream or dream sequence in your manuscript, Meg points out the perils of doing so. Read on and take note. – Joe Moore 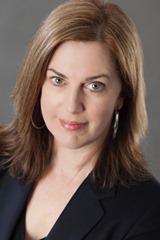 When I teach writing workshops, I always warn students about what not to do. In particular, I strongly urge them not to open their stories in these ways:

Why? Because these are clichés — they’ve been done ten thousand times. They’re tired. And because, if your story opens in one of these ways, nothing is happening.

In the case of dream sequences, there’s an additional reason. When readers reach the end of the scene and read, “And then she woke up,” they feel cheated.

As readers, we immerse ourselves in a story by suspending disbelief. That is, while we read, we willingly suspend our knowledge that a story is fiction and accept it as true.  (Thank Samuel Taylor Coleridge for the concept.) But readers generally give an author only one shot at this. If a story opens with an amazingly dramatic, action-packed, emotionally resonant scene that turns out to be a dream, readers are likely to feel that the author has pulled a bait and switch.

Oh. The hero didn’t REALLY save his wife from a mob shootout. He just fell asleep on the sofa.

Huh. The heroine didn’t REALLY leap into the ocean from the deck of a burning ship. She just ate too much pizza and had a nightmare.

Readers invest themselves in the story. When it turns out that the drama is all in a character’s sleeping mind, they’re likely to bail.

Inevitably, when I urge students to avoid dream sequences, one or two will tell me that’s how their novel opens. When I ask why, they say they want the story to open with a punch — but that nothing dramatic happens until chapter five, so the dream is the only way to get some action on the page. Or they tell me they want to show the characters’ fears, longings, or memories, and “there’s no other way.”

There’s always another way. And ninety-nine times out of a hundred, it will be better than opening with a character’s unconscious fantasies. If you want readers to come along for the entire ride, you need your characters to be awake and in action in the physical world from the word go.

How do you deal with dreams in your manuscript? Or do you avoid them altogether?

Meg Gardiner is the bestselling author of twelve thrillers. Her novels include the Edgar Award-winning CHINA LAKE and PHANTOM INSTINCT, which was chosen one of O, the Oprah magazine’s “Best Books of Summer.” She lives in Austin, Texas.