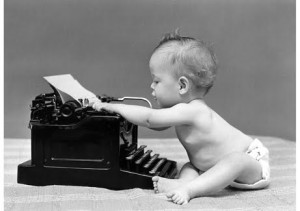 27 thoughts on “Reader Friday: Confession Time: Tell Us About When You First Wanted to Write”