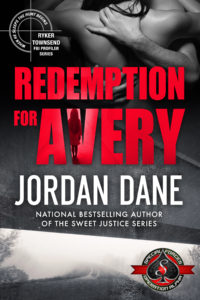 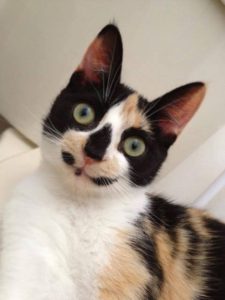 We have another intrepid author who has submitted their first 400 words for critique. Enjoy the read. My feedback will be on the flip side. Join in the discussion with your constructive comments.

Ray bolted to his feet, throwing the blood work report he was reading onto his desk. As he came out of his office, he nearly collided with one of his staff hurrying down the hall, carrying a box lid with a small bundle of fur huddled inside.

“Bring it into the common room, Mary Jo. Matt! You here?”

“On my way, Boss!” The answer came from the reception area.

Ray could hear the creature’s raspy breathing as he followed the woman to an exam table and winced when he saw the contents of the lid. A malnourished calico cat lay on its side, struggling for breath, eyes wide. A feathered shaft stuck out of its chest.

“My God, is that an arrow? Smart of you to carry it flat,” Ray said, with a nod to the tearful woman. “If that thing shifts, it could do some damage. Is it one of your neighbor’s cats?”

“I don’t think so, Doctor. I’ve haven’t seen this one around before and I know most of the outdoor cats around my apartment. I found it in the alley when I was taking the trash out this morning.”

He hesitated for a moment, weighing his options. The practice policy was clear on drop offs and found animals. No heroic efforts unless the animal was a pet, with a collar or microchip. He could almost hear Phil. We’re running a business, damn it, Ray, not a charity! He had heard that speech many times over the years.

This cat was obviously a stray, as scruffy and skinny as it was. It couldn’t weigh eight pounds soaking wet. No one was going to step forward and claim it. Still, it seemed young and strong. It was still breathing with an arrow in its chest after all. He hated not to give it a chance. Her, give her a chance. Calicos were usually female. Well, Phil was retired now and he’d make his own decisions on who to treat.

He reached out and stroked her head gently. To his surprise, she tried to butt his hand and even mustered a faint purr. Then his eyes widened and he barely resisted the urge to jerk his hand back.

Well, I don’t know about you, but I sure want to know why the good doctor wanted to jerk his hand back. Shades of Pet Sematary. (I hope Catfriend weighs in on this. Expurrrrrt) The intro starts with a “call to attention” dialogue line. For the most part, the writer sticks with the action, except where the intro “strays” (pun intended) into the former practice policy.

FIRST PARAGRAPH – Since the first paragraph establishes the scene, I would suggest stronger wording to set the stage and focus on the action. I’d also suggest clarification on where the action takes place.

Suggestion – Ray bolted to his feet and threw a blood work report onto his desk. He rushed from his office and nearly collided into Mary Jo, one of his staff. She raced by him carrying a box lid with a small bundle of fur huddled inside.

It’s not clear to me what this business is. Dr. Germano has a desk and there is a practice policy. I’m assuming it’s a veterinary hospital or practice, but that’s never stated. This can be fixed by using a tag line at the beginning, before the first dialogue line, or it can be inserted into the first paragraph – He rushed from his office at Pavlov’s Veterinary Hospital…

STICK WITH THE ACTION – In the paragraph starting with the sentence, “He hesitated for a moment, weighing his options.” Unless this is important, I would shorten to minimize it or delete this paragraph.

Tightening Suggestion – He hesitated and weighed his options. Drop off animals, with no owners, would cost the practice. Unless the animal had a collar or a microchip, the practice policy stated no heroic efforts were to be made.

Then focusing on the cat and what he sees (perhaps foreshadowing a hint of peculiar behavior) would ramp up the creep factor.

Tightening Suggestion – Scruffy and skinny, the stray couldn’t weigh eight pounds soaking wet. No one would claim it, but it still breathed with an arrow in its chest. He hated not to give such a young and strong animal a chance. Her, give her a chance. Calicos were usually female.

PASSIVE VOICE – There are several uses of passive voice in this short intro. Easy to clean up in 400 words, but the author should learn how to catch it as the words are streaming. Here are a few:

Before – Ray could hear the creature’s raspy…

After – Ray heard the creature’s raspy…

Before – No one was going to step forward and claim it.

After – No one would step forward and claim it.

Before – It was still breathing…

After – It still breathed…

NITPICKERS – There are always nit picky stuff that one person might notice, while other’s don’t. A good copy editor night catch these or reading your story aloud can help a great deal.

Boss – I would use lower case.

Around – used twice in same sentence, starting with line, “I don’t think so, Doctor.”

Who – The word “who” refers to people, not cats. See line, “…he’d make his own decisions on who to treat.”

Gently – use of adverb. “LY’ words raise a flag for me. Try to minimize or eliminate for stronger writing. In the line, “He reached out and stroked her head gently,” it’s strong enough and describes tenderness, that the word “gently” is not needed and is redundant. I might also focus on this action more, between the doctor and the cat. For example:

Suggestion – He reached out and stroked her head with an affection stray cats shunned from mistrust, but to his surprise, the tiny calico returned the tenderness with a head butt and a faint purr.

SUMMARY – I would definitely keep reading. I’m a pet lover and have had cats before. What cat owner hasn’t looked over their shoulder thinking someone is creeping up on them because their cat is staring at SOMETHING BEHIND YOU. This author, with a little clean up, would have me hooked.

Weight in, TKZers! Would you read on? What constructive comments would you make to help this author?