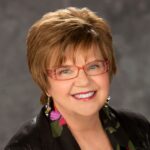 In your WIP, are you inadvertently tossing in a word here and there that jolts the readers out of your story or gives an incongruous impression?

Once you’ve completed a first or second draft of your story (or your muse is taking a break), now’s the time to go back and reread each scene carefully. Does every word you’ve chosen contribute to creating the overall tone and mood you’re going for in that scene? Or are some of your word choices unintentionally detracting from the impression you want readers to take away?

Is it possible you may have unconsciously inserted the odd “cheery” word into a tense scene in your story? Or a relaxed-sounding word in a scene where the character is stressed or in a hurry? Or maybe your teenager or blue-collar worker sounds too articulate? I’ve seen examples of these quite often in the fiction I’ve edited over the years.

For example, the heroine and hero are running through the woods, pursued by bad guys intent on killing them. The debut author, thinking it’s a good idea to describe the setting, uses words like “leaves dancing in the light” and “birds chirping” and “babbling brook.” These light-hearted, cheerful words detract from the desperation she’s trying to convey as the young couple races frantically to escape their pursuers. In this situation, it would be better to use more ominous words, perhaps crows cawing, a wolf howling, water crashing over rapids, or thunder cracking.

Read through each of your scenes and make sure every word you use to describe the setting, the people, and their actions, words, and thoughts contributes to create the impression you’re going for in that scene, rather than undermining your intentions. 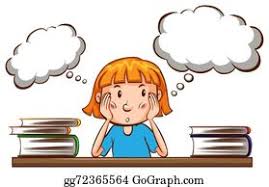 Here’s an example, slightly disguised, from my editing. It’s supposed to be a tense, scary moment, but the author has, without thinking about the impact, inserted relaxed, even joyful imagery that counteracts and weakens the apprehensive mood he is trying to convey (my bolding).

He locked the door behind him, his harried mind ricocheting between frightened alertness and sheer fatigue. He took a furtive glance out the window. No one there, so far. Despite the cold, a warming shaft of morning sunlight filtered through the stained curtain, and languid dust particles slow-danced in its beam.

What had he gotten himself into? They would certainly be on to him now—it was only a matter of time before they found him. He looked out again through the thin curtain. Sunbeams were filtering through the branches of an old tree outside the window, the shriveled shapes of the leaves dancing in the breeze, playing gleefully with the light. He swore he saw movement on the ground outside—a figure.

Some of the wording in the two paragraphs above is excellent, like “his harried mind ricocheting between frightened alertness and sheer fatigue” and the phrases “furtive glance,” “stained curtain” and “shriveled shapes of the leaves.” But the boldfaced words and phrases, warming, languid, slow-danced, sunbeams, dancing in the breeze, and playing gleefully with the light weaken the imagery and tone because they’re too happy and carefree for the intended ominous mood. Perhaps the writer, caught up in describing the view outside in a literary, “writerly” way, momentarily forgot he was going for frightened.

Check to be sure every detail of your imagery enhances the overall mood and tone of the situation.

Here’s another example where the description of the setting detracts from the power of the scene and doesn’t match how the character would or should be feeling at that moment.

The protagonist has just had a shock at the end of the last chapter, where she’s discovered her colleague murdered. This is the beginning of the next chapter, a jump of a few days.

Mary gazed at the brightening horizon, immersing herself in the beauty of the rising sun. She watched as the dawn’s rays danced across the waves. Mary adored this time of day when the hustle and bustle had not yet started, and she could enjoy watching the waves wash in and listening to the seagulls overhead. It was one of the many reasons she loved this area so much.

Since the murder of Teresa three days ago, Mary had been in a state of turmoil. Teresa’s death had changed everything. Gruesome images continually flickered through her mind like an unending motion picture. She could think of nothing else and was racked by guilt.

To me, the two paragraphs seem contradictory in mood. If she’s racked by guilt and can think of nothing else, how can she enjoy the sunrise so much?

Be sure to choose words that fit the mood you’re trying to convey.

Here’s another example of a tense, life-threatening scene whose power and tension have been inadvertently eroded by almost comical imagery.

The room went black and shots rang out in the darkness.

He took to the floor on all fours and, panicking, scrabbled around aimlessly, searching his addled mind for a direction, a goal. He poked his head up and looked around. Spotted the red exit sign of the back door. Loping ape-like across the office floor, he tried to keep his body below the level of the desks—he had seen them do it in the movies, so it was good enough for him. Several more bullets whistled overhead.

The words “addled” and “loping ape-like” seem too light and humorous for the life-or-death scene. Even the bit about seeing it in the movies, so it was good enough for him seems too light-hearted – this could be the last moments of this guy’s life if he doesn’t find a way to avoid the bullets!

Here’s the same scene, rewritten to capture the desperate mood:

The room went black and shots rang out in the darkness.

What the—? He dropped to the floor and, panicking, searching his frenzied mind for a direction, a goal. Get out of here! He poked his head up and looked around. Spotted the red exit sign of the back door. At a low crouch, he set out across the open office, dodging from one desk to another. Several more bullets whistled overhead.

Another example with imagery that’s fresh and creative, but does it actually fit the moment?

A truck came barreling toward them. He wrenched the wheel to the right, and they passed the truck, missing it by inches. Mud splattered onto the windshield, and the wipers smeared it like chocolate ice cream.

I think the chocolate ice cream imagery, although clever, is too positive and playful for the tense, scary moment.

A cliched phrase that doesn’t fit:

The frightening story cut too close to home for Diane. Just the possibility of it happening to her family scared her silly.

My comment to the writer: The word “silly” detracts from your intention to show her nervousness and fear. I’d express this with a less “silly” word. (and less of a cliché).

ACTIONS: The character’s body language and actions need to match the situation.

Don’t have someone “strolling” when they’re worried. Have them “pacing” instead. Similarly, when they’re arguing, don’t have them leaning back in their chair – have them hunched forward, or pointing a finger.

As they entered the police station, a tall, balding man with a goatee and an expensive suit shuffled down the hall towards them. As he passed, he handed a card to Wilson. “I want to see my client now, alone.”

My comment to the author: “I wouldn’t have a high-priced, confident lawyer shuffling. Save that verb for elderly or sick people, or a prisoner with chains.”

Another example of a verb that doesn’t fit the situation:

Joe stood up, shocked and numb, after his boss delivered the tragic news about the death of his friend. He dreaded his visit to Paul’s widow. He sauntered back to his office, his mind spinning.

“Sauntered” is way too relaxed and casual a word for the situation. The guy’s just been told his friend is dead. Maybe “found his way” or “stumbled” back to his office.

Another example: A high-ranking Nazi officer is about to invade the home of a wealthy Jewish family during the Second World War. The author wrote:

He giggled inwardly, thinking about the chaos he was about to bring to the Jews who lived here.

My comment to the writer was: The verb “giggled” fits a couple of schoolgirls, not a nasty Nazi. I suggest “smirked” or “gloated.”

At the funeral, the widow caught Peter’s glance and squinted her eyes in accusation. She no doubt held him responsible for her husband’s death.

“Squinted” is like against the bright sun. I’d say “narrowed her eyes” or “glared at him.”

How is your character moving?

Is he strolling, trudging, striding, tiptoeing, stomping, shuffling, meandering, staggering, lurching, sauntering, tramping, slinking, mincing, strutting, pacing, sashaying, marching, or slogging along? Each word paints a very different picture of the state of the character and the situation.

For lots of specific suggestions for choosing just the right verb for the situation, see my post “It’s All in the Verbs” from a few years back here on TKZ. And read the comments there for more great suggestions.

And for specific lists of effective, evocative verbs for various situations, check out my post on my own blog, “People in Motion — Vary Those Verbs!”

Make sure every single word fits the scene and enhances the mood.

Even one incompatible word can jolt the reader or dilute the power of a scene.

Can you pick out the word below that deflates the moment?

The guard drew in a shuddering breath as if to cry out. He half-coughed and half-gasped, then started to scream again, this time with enthusiasm. Brad covered the man’s mouth and knocked his gun to the ground.

Rather than screaming “with enthusiasm,” I’d use “in desperation or “in terror” or something like that. The choice of “with enthusiasm” evokes positive, cheery connotations.

Here’s another example of just one word jolting us out of the mood:

They broke the lock on the warehouse and looked around. “Let’s check the big freezers in the back.” He strode over and opened the freezer door. The smell of frozen flesh and blood smacked him in the face. An emaciated, naked man stared at him with lifeless eyes, frozen like a popsicle.

Yes, it’s that word at the end. I imagine the writer was searching for a good word for “frozen like” but “popsicle” is an unfortunate choice as it evokes an image that’s way too upbeat for the situation. Best to look for a more somber or horrific simile (maybe “like a pale slab of beef”).

Read these short passages and see if you can pick out the single word in each that contradicts the desired mood and tone.

Rewrite any of these sentences with a more apt verb and any other tweaks you’d like to add:

Or feel free to make up one of your own. Have fun!