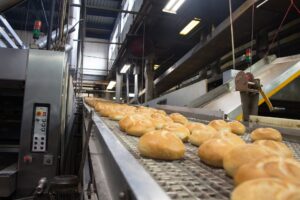 Last week we talked about the “telling detail,” and the power it adds. We gave some tips on how to craft such moments. That requires a thing called work.

Today we’re going to ask: is it worth the effort?

This query comes out of a post by Mr. Joe Konrath. He was, most of you will remember, one of the earliest and most enthusiastic adopters of self-publishing. He was also a prolific blogger, and not one to shy away from a strong opinion. Then, a couple of years ago, he went silent. Now he’s back, and clearly he’s lost none of his verve, as evidenced by his post On Writing S*** (this being a family blog, I have made a slight edit to the title).

The gist of the piece is that it may be pointless for today’s writer of indie fiction to spend too much time trying to improve the quality of his writing:

And sometimes a book is short, say around 60k words, I’ll spend time expanding some scenes or adding a few to beef it up to 70k+, because I want to give good value to the readers who still pay for my stuff rather than read it via KU.

So I spend a full 1/3 of my time as a writer trying to make a grade B book into a grade A book.

I think I’m wasting my time.

He goes on to say that readers of an author will stick with that author even if subsequent books in a series are not as good as the first few. His argument, broken down, goes like this:

Konrath’s main exhibit is his wife’s reading habits. She will stick with an author she has liked in the past, even if the author’s new books aren’t so hot.

To be clear, Konrath’s post does not actually advocate its title. He does not think you can write pure dreck and get away with it. He says he couldn’t live with producing a work that’s “less than a grade C … But I could live with Bs. I was fine with getting Bs in school. Why put in all that extra work to turn a B into an A when I won’t lose readers for a B?”

It’s a good question, so let’s talk about it. A few reflections:

So…where do you come out on this scale of craft, care, prolificity, faster, better?

Do you stick with an author or series no matter the quality of recent books?