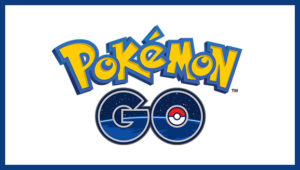 I vaguely remember my older daughter becoming briefly infatuated with something called “Pokemon” in the mid-1990s.  I bought packs of cards at toy and drug and grocery stores, and I think many of them are still around the house, languishing in  in a box mislabeled “silverware” or something under a bed or in a closet underneath some books. The internet wasn’t quite as pervasive back then as it is now; cell phones were the next generation of car phones, and an “app” was what you filled out when you heard about a job opening somewhere. Much has changed, and I thought that Pokemon had gone the way of eight track tapes, replaced by games that you played on your computer or phone called “Warcraft” or “Minecraft” (no, I don’t know what the difference is either).

Two weeks ago my nine-year old granddaughter mentioned Pokemon to me. I let it pass because she then started talking about reading BLACK BEAUTY and I wanted to encourage that over some role playing game. A few days later, however, I started hearing about something called “Pokemon Go.” It’s a smart phone application game that intersects with the real world and it seems to have taken over the minds of a segment of the population. People are breaking into buildings, jumping across rooftops, falling off of cliffs (Darwinism in action, perhaps?) and running through graveyards chasing the Pokemon. The news about it is all-pervasive. And that bothers the hell out of me. 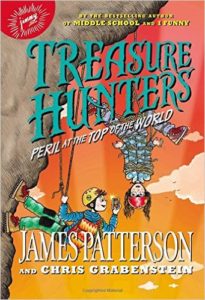 Here is why. Did you know that James Patterson has launched two new book imprints? One is called “Jimmy,” and is aimed at getting younger people to read. The motto of this imprint is, “We want every kid who finishes a Jimmy Book to say: ‘PLEASE GIVE ME ANOTHER BOOK.’” Nice, huh? Patterson could have gone for the plug (notice how nicely “PLEASE GIVE ME ANOTHER JIMMY BOOK” would work) but he didn’t. Please give me another book. Like BLACK BEAUTY. Or The Hardy Boys, or Warriors. Or a Shell Scott… well, wait a few years on that. But give me anything but chasing some cyberworld construct around the city. Jimmy Books. Patterson launched this imprint about a year ago, and has been aided collaboratively by Chris Grabenstein, a fine and talented guy in his own right who has been fighting the fight for children’s literacy for awhile as well.  Did you know about this? No? Are there headlines all over about young folks reading these books? No? I know that a new book imprint for kids is not as exciting as falling into the ocean chasing some monster that doesn’t exist, but please. Patterson is tackling incipient illiteracy here. Isn’t that important too? And he’s pouring his share of the lucre back into reading programs. That sounds like dedication to me. 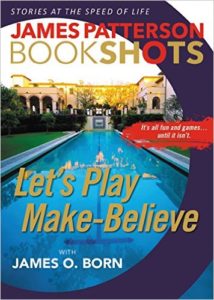 I said two imprints. The second was just launched a month or two ago and it’s aimed at adults who don’t read. It’s called Bookshots; each book features Patterson with collaborators such as Maxine Paetro or James O. Born (as well as a host of others) working across a number of genres. The books are around one hundred sixty pages apiece and and are priced at about four bucks. I know a lot of folks who have four bucks in Starbucks drive-through window change rolling around on the floor of their cars. They are designed to only require a few hours to read. And these books are entertaining. They’re not in the league of Cormac McCarthy or James Lee Burke, but your average adult who doesn’t read much anymore isn’t going to reflexively reach for a classic when the mood strikes them. Did you know about this? I just heard about it around a week ago. Where are the headlines? Patterson is launching this for the same reason he launched the Jimmy books: as he has indicated elsewhere, he wants people to exercise their brain muscle. God bless him. What he is doing may not be as glamorous or newsworthy as the fallout from a new phone app, but it’s certainly more important.

So, my fellow readers and authors: how do we get the word out? It obviously takes more than Facebook and Twitter. What can publishers do? What can we do? I’m not interested in what the book industry has been doing wrong recently…I want to know what you think could be done right, to help make reading a valued activity again. Any takers? Or is it a lost cause?