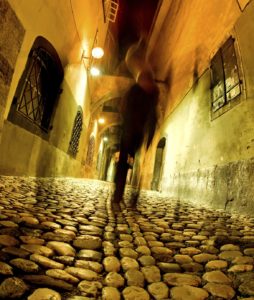 Purchased from iStock for Jordan Dane’s use

This is my last post for 2018, but I got my inspiration from Jim’s post “What I Wish I’d Known When I Started Writing” on Nov 25th. As always, the discussion comments were very interesting. Two comments stood out in my mind and I wanted to explore them. I thought they could combine into this post on character and conflict.

Marilynn Byerly said: “…Conflict should exist on many levels. In other words, the character’s emotional struggle should be mirrored in the action of the novel.”

Marilynn is so right. Great summary. There can be the external conflict of a global disaster or a killer on the loose, but if you add complications within the main character (a flaw or handicap that forces them out of their comfort zone to deal with the external conflict after facing their own demons), that’s good stuff.

AZAli said: “When I was starting out, I thought there was something wrong with me because I couldn’t write a scene about characters enjoying themselves.”

I could relate to AZAli’s comment here when I first started out. I didn’t want to waste a scene on the seemingly real life of the character, but in moderation, this can be insightful, especially if the internal demons of the character are at odds with what the plot will bring. In Michael Connelly books, The ups and downs of Bosch’s personal life are an intricate thread woven into the fabric of his stories, so tightly written and paced, that Bosch becomes real in the reader’s mind. It’s like you KNOW him over the series of books you’re reading. His failed relationships, the love he has for his daughter and complicated ex-wife, and his troubles on the job that arise because of his very uncompromising nature.

Be judicious, not to overdo diversions, but I would suggest that if you want to add depth to your character, give him or her a backstory that is integral to his/her internal conflicts and force your character to deal with those too, along with the plot. No scene is wasted if the reader is enthralled. It’s a balance, but one worth pursuing. (I love getting emails or social media comments from readers who ask about the personal life of my characters. They share their hopes for what might come next or ask about the service dog I have my Vigilante Justice series, Karl. You never know what will resonate with readers.)

I thought of a writing resource book by Deb Dixon called “Goals, Motivation & Conflict.” This little book (affectionately called the GMC book) has a lot of fans. It helped me add complications to my characters when I first started writing. It’s a good resource for new writers. I also attended one of Deb Dixon’s workshops and got a lot out of it. (Workshops are wonderful to learn new things and to network. I would encourage any author to attend a workshop, no matter what skill level you are. There’s bound to be something that will stick with you.)

I’m resorting to my memory on the matrix concept of the GMC book and the general idea that has stuck with me after reading it. My resources books are buried in my BOX ROOM after my last move. The idea of t he GMC book is to give your characters INTERNAL CONFLICTS and EXTERNAL CONFLICTS and maybe dare to have them conflict with each other.

What does your character want and why can’t they have it? Conflict is vital to creating memorable characters. No conflict(s), no story. I can’t emphasize this enough. If there is a common mistake many aspiring authors make, it’s not having enough conflict to keep a story flowing through to the end that will drive the characters and keep their story interesting.

Your EXTERNAL CONFLICT might be the villain or the insurmountable situation, but the most unforgettable characters will also contend with their own flaws or biases (INTERNAL CONFLICTS) or demons, so they have a journey toward self-discovery. If you have a hero who is in conflict with a villain, while he’s battling his own demons, then think about creating a heroine who has opposing conflicts where one of them must lose in order to be together. Conflicts are best when layered and made more complicated.

Add Depth to Each Character—Give them a journey
• With any journey comes baggage. Be generous. Load on the baggage. Give them a weakness that they’ll have to face head-on by the climax of the book.

• Make them vulnerable by giving them an Achilles Heel. Even the darkest street thug or a fearless young girl with magical powers should have a weakness that may get them killed and certainly makes them more human and relatable.

• Whether you are writing one book or a series, have a story arc for your character’s journey that spans the series. Will they find peace or love, or some version of a normal life? Will they let someone else into their lives or will they be content to live alone? Will a villain have a chance at redemption? Do what makes sense for your character, but realize that their emotional issues will cloud their judgment and affect how they deal with confrontations. By the end of a book, they should learn something.

Use Character Flaws as Handicaps
• Challenge yourself as an author by picking flaws that will make your character stand out and that aren’t easy to write about. Sometimes that means you have to dig deep in your own head to imagine things you don’t want to think about, but tap into your empathy for another human being. You might surprise yourself.

• Stay true to the flaws and biases you give your characters. Don’t present them to the reader then have the actions of the character contradict those handicaps. Be consistent. If they have strong enough issues, these won’t be fixed by the end of the book. Find a way to deal with them.

Summary: With a little forethought and patience, you can craft a better book if you plan your characters’ conflicts and create a tough journey of discovery for them. And remember that one book could turn into a series if you create a large enough world with characters that can be sustained through a series. I even like to plant seeds of mystery for future books within the pages of a standalone. You never know what good fortune might happen.

Happy Holidays! Wishing you the best and have a great 2019, TKZers!

For Writers: Tell us about the internal and external conflicts of the main character(s) in your current WIP, TKZers. How have you made your characters at odds with each other?

For Readers: Share novels that had a good balance of the internal and external conflicts of the main character. What did you like most about the journey of the book?