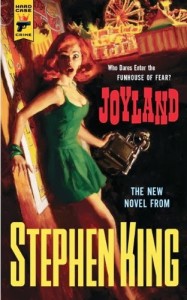 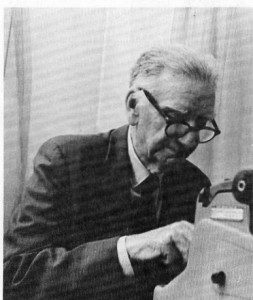 Now that is inspirational. And guess what? At the age of 82 James M. Cain received the largest advance of his career, for his novel RAINBOW’S END, which was published to excellent reviews. He completed another novel that was published and well received, then immediately got to work on a new one. He had just completed THE COCKTAIL WAITRESS when he died at the age of 85. That last “lost” novel has now been published by the good folks at Hard Case Crime.
That is a writer’s good death–type THE END and keel over! Don’t you believe that? You’re a writer, after all. It’s what you do. You’d do it even if everyone in your family came to you at midnight, woke you up and begged you, for your own good, to stop writing once and for all. You’d tell them to get out of the room because you’re dreaming of your next book and the boys in the basement need to get to work!
And that is why I will never stop writing. Even if the postman stops delivering checks.
I recently received a box in the mail. It was from a life-long friend, a gent named Bill Plant who is responsible (or maybe irresponsible) for shaping much of my taste in literature. While Bill and I remain close friends, we aren’t in the habit of sending each other gifts on the spur of the moment, so I had no idea what was in the box. It could have been anything from a head to…well, anything. After making sure that it wasn’t ticking, crying, or leaking, I commenced to open it, a formidable task since Bill apparently used three rolls of scotch tape to seal it. After some effort, I folded the flaps back, pulled out some newspaper packing, and…well, I’ll confess, The Kid got just a little misty-eyed.
The box was full of books. Paperback books. From the 1950s. They were marked up and in one case a little chewed up and some of them had the binding falling loose and they all had that sweet scent of slow but inevitable decomposition. In other words, every one was a little treasure. These were USED, used books. Bill deals in antiques, and will buy items such as books in inexpensive lots in the hope of finding an acorn or two among the Buena Sierra. Collectors, alas, aren’t much interested in paperbacks that are dog-eared, or have had a crayon taken to them, or that have been labeled, using an indelible marker, with a five cent price tag.  took a bunch of such and sent them to me. I don’t think I’ve had a better present in quite a while. It reminded me of one Christmas, some fifty years ago, when my mother ordered a bunch of science fiction paperbacks for me from the gone but not forgotten S & SF Bookstore in New York. It was a laborious procedure back then — check books off an order list, write a check, send the whole kit and  caboodle off in the mail and wait six weeks for delivery — since the only “Amazon” most folks knew then was either 1) a river in South America or 2) Irish McCalla. But when that box arrived, it was special. And so was this one. 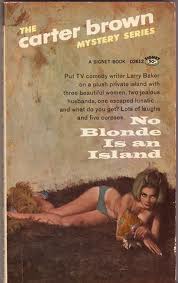 So what would I possibly want with such a litter of mutts? The idea of it, pure and simple. These were books that had been read and re-read before being consigned to a cellar or an attic or the back shelves of a used bookstore.  Most of it was science fiction. There were Ace Doubles in that box. Ace doubles. These consisted of two covers and two novels bound into one; read one, flip it over, and there was another novel waiting for you.  Hard Case Crime is going to publish two Lawrence Block novels in the doubles format in May 2012, and I can’t wait. But these were the original thing. A few short story collections were in that box, and included forgotten stories by famous authors (“Death of the Senator,” by Arthur C. Clarke, for one). There were a couple of early and forgotten novels by authors who have gone onto better things (Robert Silverberg’s THE PLANET KILLERS); and some soft core science fiction porn (are porn paperbacks even published anymore?). Then there was a copy of GALACTIC DERELICT by Andre Norton, one of the first science fiction books I ever read.
Yes, there were a couple of mysteries and thrillers as well. I was six years old when Marjorie Carlton wrote ONE NIGHT OF TERROR. It got past me the first time but I’m going to read it this year. And there were a couple of Carter Brown novels in that box.  Most of the ladies who contribute to The Kill Zone are probably too young to remember Carter Brown. but gentlemen, certainly most of you do.  “Carter Brown” was the pseudonym for Alan Geoffrey Yates, and there was a time when he ruled the revolving wire paperback racks. Who could forget those Signet covers? I fogged up my eyeglasses in many a drugstore perusing the wares of those gaudy damsels while pretending to look for Mad Magazine paperback collections. I have discovered, belatedly, that the stories aren’t bad either.  It occurred to me a couple of nights ago, while reading   NO BLONDE IS AN ISLAND, that I had never actually read a Carter Brown book until now. I had committed many a cover to memory, however.
Some of the older paperbacks are now appearing in e-book format.  I discovered recently that all of those Edgar Rice Burroughs’ books which I purchased with my allowance a half-century ago are available in Kindle format, and for free; and there are even three Carter Brown books up for sale. It just isn’t the same, however. The smell and the small, non-adjustable print and the feel of paper and ink aren’t there. It’s like having a rabbit and a hat that sit next to each other without any involvement or relationship: there’s no magic. That may sound strange — if pressing a couple of buttons and having an entire book appear in a wafer thin tool that you can slip in a coat pocket isn’t magic, then what is? — but it’s true. We get something, true, but also we give something up.
So. If you had a friend as good as mine (and Bill, I know you read these posts, and you remain the best), and that friend sent you a box such as I received, what books would you want to find in it? What would bring a smile to your face, and a tear (or five) to your eye? 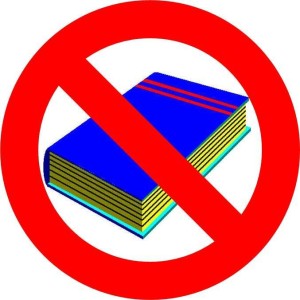 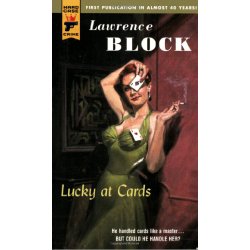