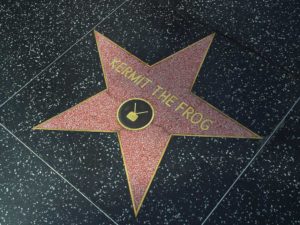 If you could cast the main character (or the villain) of your favorite book, who would play the part? Tell us about the book and your cast choice. 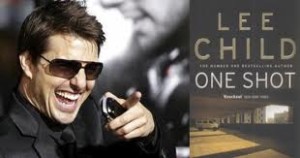 A few weeks ago the news broke that Tom Cruise had signed on to play Jack Reacher in the movie version of Lee Child’s 9th Reacher novel, One Shot. The furor that followed demonstrated just how wedded readers had become to their own image of Jack Reacher (and their belief that Tom Cruise, who is a ‘tad’ shorter that Jack Reacher, couldn’t possibly play the character they knew and loved so well). Not since Katherine Heigl was announced to play Janet Evanovich’s Stephanie Plum has there been such reader angst over casting of a beloved mystery character.
The business of movie making requires ‘star power’ and I think it’s safe to say that Tom Cruise will certainly bring that to any Jack Reacher movie. Though we could all spend many an hour speculating and debating over casting of our favourite book, none of us can help but feel a sense of ownership over the particular image we have formed in our own heads (which may, or may not, bear any resemblance to the image inside the writer’s head when he/she created the character).
As writers I wonder how many of us have pinned up photographs of people who inspire or look like our characters? I know I have copies of historical photos that I used when creating Ursula Marlow (even though many readers, having seen the paperback cover, have asked me if I posed as the model for Ursula!). I also love nothing better than indulging in the fantasy of casting movies of my own books (note to Richard Armitage, you can play any one of my leading men!).
Still it is inevitable that when a book character is developed into a movie, fans are up in arms over the choice. So, here are my questions to you: Do you think the physical attributes are really that important when casting? Have you been disappointed with the casting choice of one of your favourite book characters? Have you ever found the movie (or TV) version to be much better, because the actors chosen to play the parts bring new meaning and depth to the written characters? And finally – are fans ever really satisfied with movie casting for their beloved books?