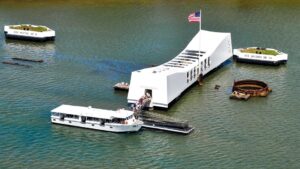 Today is December 7th, 2021, the 80th anniversary of the attack on Pearl Harbor that launched the US into World War II in 1941.

Few people are alive today who remember “a date which will live in infamy” (President Franklin Delano Roosevelt).

Fewer still are people who survived the attack that morning in Pearl Harbor. The last ones are in their late 90s to 100+ years.

The closest that we in 2021 can come to learning about that day are stories collected and recorded at this link.

December 7, 1941 was a pivotal date that changed the history of the entire world.

Our parents, grandparents, and great-grandparents could all tell you exactly where they were and what they were doing on that day.

Long before tattoos became a fashion statement, many young sailors had “Remember Pearl Harbor” permanently inked on their arms. 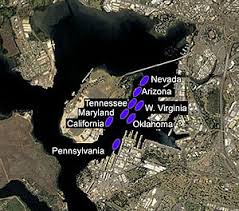 On December 7, 1941, my husband’s grandfather was serving on the USS Tennessee docked on Battleship Row. During the attack, his duty was to grab burning sailors who were being handed up to him from below decks. He then had to throw them over the side of the battleship, far enough out that they didn’t strike the anti-torpedo blister, in order to extinguish the flames consuming their clothes and bodies. 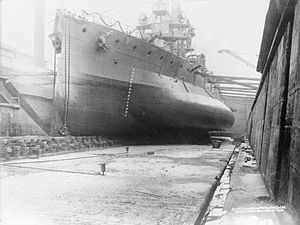 When the USS Arizona blew up, his back was toward the explosion. He was horribly burned but, after a year in the hospital, he returned to duty through the end of the war. His back was forever scarred like a topographic relief map.

About ten years ago at a gym, my husband was talking with an older man on an adjacent treadmill about World War II and specifically Pearl Harbor. A young man about 20 who overheard their conversation approached. He was a junior in college, polite, well-spoken, articulate, and appeared to be a curious, conscientious student.

He asked my husband, “Excuse me, sir, can you tell me what Pearl Harbor is?”

Apparently the “date which will live in infamy” was no longer taught in school. 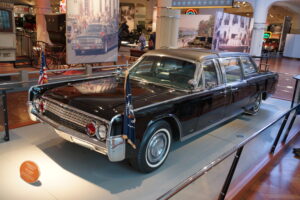 November 22, 1963 was the defining date of infamy for my generation of Baby Boomers. We can all tell you exactly where we were and what we were doing when we learned the news that President John F. Kennedy had been assassinated.

Again, the world shifted on its axis and events that occurred after that date were forever stained by it.

About five years ago, my husband and I were chatting with a young woman working her way through college as a server in a restaurant. We mentioned John F. Kennedy. She said, “Kennedy? Wasn’t he a president that was killed in a car crash?”

Apparently, my generation’s date in infamy is now a barely-remembered blip in history.

Two years from now will mark the 60th anniversary of JFK’s assassination. Oh my, that makes me feel old. 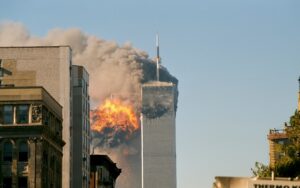 2020 doesn’t have one specific date when the entire globe changed. But just the mention of “2020” is enough to provoke a sigh, a grimace, or an eye roll in every person of the age of cognizance who’s alive today.

Last week, a friend came to visit with her 18-month-old baby who was born in 2020. We were contemplating what Aubrey’s future might look like. Because of pandemic restrictions, she hadn’t encountered many people outside her close family and almost no one around her age.

Recently, they had gone to a playground where Aubrey saw other toddlers for the first time and reacted with amazement and curiosity. She approached a little boy and touched him.

The boy’s mother immediately swooped in and picked up the child, scolding, “We don’t touch.”

People born after December 7, 1941 never knew a world that wasn’t profoundly influenced by World War II. That was their frame of reference, their concept of “normal.”

Same for people born after November 22, 1963 and September 11, 2001. They never knew what the world was like before JFK’s assassination or before planes struck the World Trade Center and the Pentagon.

What will school be like for Aubrey in a few years? We don’t know. But, whatever the circumstances are, that will be “normal” to her because it’s the only frame of reference she knows.

The generation born in 2020 or later will never fully realize the world was once a different place.

Aubrey won’t know that parents once thought it was perfectly normal socialization for children to play, touch, push, hug, and watch each other’s reactions.

What does all this have to do with writing?

As writers, we record the world we live in, or research, or make up. We also contrast our story worlds with other locales, other cultures, other periods in history, and even imaginary journeys into the future.

Throughout time, writers have chronicled the collective consciousness of different generations.

No matter the genre—crime, romance, history, fantasy, horror, nonfiction, etc.—we capture the zeitgeist, which Merriam-Webster defines that as “the general intellectual, moral, and cultural climate of an era.”

A handful of remembrance ceremonies will be held today but, in a few more generations, there won’t even be ceremonies.

What happened on that date?

Back then, every American could probably tell you exactly where they were and what they were doing when they learned Abraham Lincoln had been shot that night and died the following morning.

Time marches forward. Younger generations replace older ones who have been the keepers of the memories. Old memories are forgotten and new ones take their places.

If future generations find our stories on the dusty shelves of cyberspace, they may smile or scoff at quaint, outdated references.

But I hope they will also recognize human truths we wrote about that transcend time.

Dates like December 7, 1941 are still worth remembering and worth writing about because of the people in Pearl Harbor who made history.

Today is my last post in 2021 before TKZ goes on annual hiatus.

I’m grateful for your friendship and interest. Except for the written word, we probably wouldn’t have met. So glad we did!

Warmest holiday wishes to you and your loved ones. 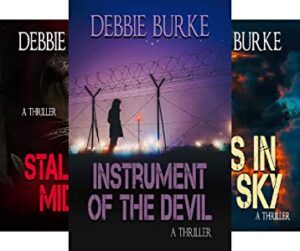 Special holiday prices for all Tawny Lindholm Thrillers with Passion through the end of the year. A great gift for your reading friends…or yourself!